Schedule your demo at Digital Dealer 27 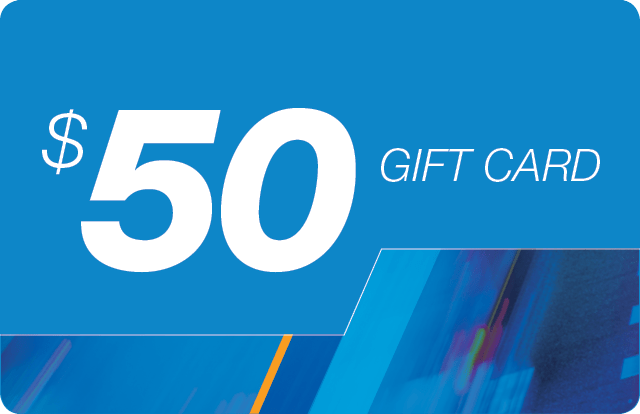 Schedule and attend a Digital Retailing quick product tour with Cox Automotive at Digital Dealer 27 and get a $50 gift card.* It’s all happening at Booth #703.

Demo the industry-leading Digital Retailing Solution
Complete the form below to reserve your spot.
*Required

We respect your privacy. The information you submit is secure and will only be used to communicate with you about your request. Here’s our privacy policy.

ELIGIBILITY.  The Cox Automotive Pre-set Appointment promotion (the “Promotion”) is operated by Cox Automotive, Inc. on behalf of itself and its affiliates (“Sponsor”), and is only open to attendees of the 2019 Digital Dealer 27 Conference & Expo (“Event”) in Las Vegas, NV (each, a “Eligible Entity”). A Reward (defined below) will be given to Eligible Entities that: (i) have pre-scheduled an appointment with Sponsor to review a Qualifying Product or Service (listed below) at the Event; and (ii) attend a complete demonstration for that specific Qualifying Product at the Event, which demonstration lasts approximately 30 to 60 minutes. The determination of whether a particular Eligible Entity is eligible to participate in the Promotion will be determined in Sponsor’s sole discretion.

This Promotion is subject to all applicable laws and regulations. Receiving any Reward(s) (as defined below) in connection with this Promotion is contingent upon Eligible Entity’s compliance with all of the requirements in these terms and conditions for the Promotion (the “Terms”).

It is your sole responsibility to review, understand and comply with your employer’s gift and/or ethics policies regarding your eligibility to participate in promotions. Sponsor disclaims any and all liability or responsibility for disputes arising between an employee and their employer related to this promotion.

REWARD. Eligible Entities meeting the eligibility requirements, above, will receive the following incentive in the form of a Reward (a “Reward”):

All Rewards are subject to availability. Pre-paid cards subject to terms and conditions of card issuers.  Sponsor reserves the right to substitute Reward with a reward of equal or greater value. Reward earned in this Promotion will be awarded directly to the relevant Eligible Entity by a method determined in Sponsor’s sole discretion.

The reward is nontransferable and must be accepted as awarded or forfeited.  All rewards are awarded “AS IS” and WITHOUT WARRANTY OF ANY KIND, express or implied, (including, without limitation, any implied warranty of merchantability or fitness for a particular purpose) by Sponsor.  Terms of pre-paid cards are exclusively those of the issuer and Sponsor will have no liability for the use or acceptance, or failure to use or failure to accept, such cards.  No substitutions, cash equivalents, or transfer of any reward is permitted except at the sole discretion of Sponsor, who reserves the right to substitute a reward (or portion thereof) with one of comparable or greater value, at its sole discretion.  Eligible Entities are responsible for the payment of all taxes on their reward and for any other costs and expenses associated with the acceptance and use of a reward not specifically described above, including, without limitation, meals, gratuities, local transportation, and souvenirs.  All details of rewards not specified herein are at the sole discretion of Sponsor. Sponsor’s decision on the timing of purchases/subscriptions and the corresponding recipients of the prizes hereunder is final.

RELEASE AND LIMITATION ON LIABILITY. BY PARTICIPATING IN THIS PROMOTION, EACH ELIGIBLE ENTITY AND ITS AGENTS AGREE TO FULLY RELEASE, FOREVER DISCHARGE, AND HOLD HARMLESS SPONSOR, NATIONAL AUTOMOBILE DEALERS ASSOCIATION, EVENT, AND THEIR RESPECTIVE SUBSIDIARIES, AFFILIATES, SUPPLIERS, DISTRIBUTORS, ADVERTISING AND PROMOTION AGENCIES, AND REWARD SUPPLIERS AND EACH SUCH COMPANY’S OFFICERS, DIRECTORS, EMPLOYEES, AGENTS, REPRESENTATIVES, SUCCESSORS, AND ASSIGNS (COLLECTIVELY, THE “RELEASED PARTIES”) FROM AND AGAINST ANY CLAIMS, COSTS, LIABILITIES, LOSSES, INJURIES, AND DAMAGES ARISING OUT OF OR RELATED TO THE PROMOTION OR THE RECEIPT AND/OR USE OF ANY REWARD TO THE FULLEST EXTENT PERMITTED BY LAW. EACH ELIGIBLE ENTITY AND ITS AGENTS FURTHER AGREE THAT THE RELEASED PARTIES’ TOTAL LIABILITY TO ANY ELIGIBLE ENTITY FOR CLAIMS ARISING FROM OR RELATED TO THIS PROMOTION IS LIMITED TO $50 (USD).

This is a commercial incentive promotion and is not a sweepstakes or game of chance. Sponsor reserves the right to modify, suspend or terminate this promotion for any reason, including if any fraud, technical failures, or any other factor impairs the integrity of this promotion, as determined by Sponsor in its sole discretion.  This promotion is governed by the laws of New York.