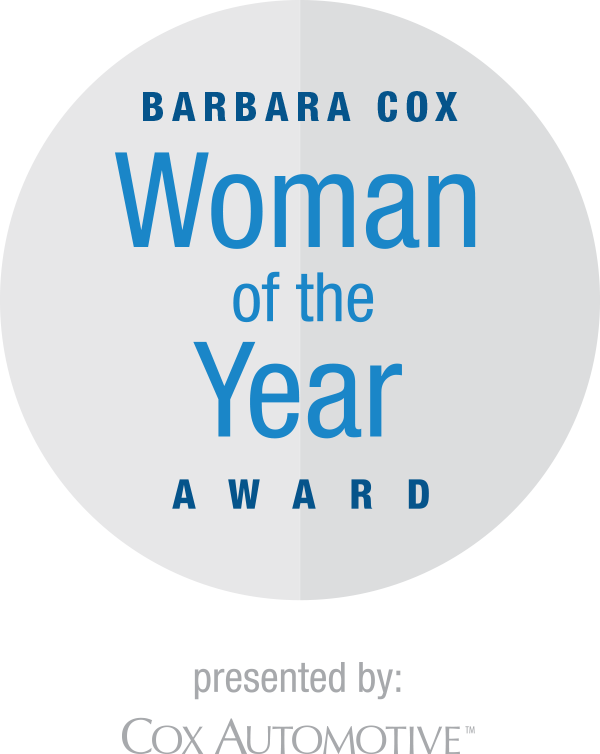 Barbara Cox Woman of the Year

At Cox Automotive, inclusion, diversity, and equity is one of our core values. We’re committed to the advancement of women in automotive and we’re excited to award an outstanding leader who advances the industry and gives back to the community.

In 2005, we established the Barbara Cox Woman of the Year Award. The award is named after the late Barbara Cox, a business pioneer who was an Owner and Director of Cox Enterprises – Cox Automotive’s parent company. Barbara Cox was the daughter of the company’s founder, Governor James Cox, and the mother of its current chairman, Jim Kennedy. This annual award recognizes women who share the traits and accomplishments of its namesake.

As part of this honor, a female Northwood University Automotive Marketing & Management student will be awarded with a $10,000 Barbara Cox Memorial Scholarship on behalf of the recipient.

Congratulations to our 2022 Barbara Cox Woman of the Year!

We’re proud to announce Chrissy Taylor President and CEO, Enterprise Holdings Inc., as the recipient of the 17th annual Barbara Cox Woman of the Year Award.

For her passion and dedication to leading with a people-first diversity, equity and inclusion strategy, we’re proud to announce Chrissy Taylor as the recipient of the 17th annual Barbara Cox Woman of the Year Award. This honor is named for the late Barbara Cox, the business pioneer who was an owner and director of Cox Enterprises, Cox Automotive’s parent company. The award recognizes women who demonstrate business leadership and community advocacy, as well as a commitment to advancing our industry. As president and CEO of Enterprise Holdings, Chrissy is a pioneer in her own right and embodies the core values that serve to power everything we do at Cox Automotive.

Congratulations, Chrissy! We look forward to continuing our partnership with you.

Fill out my online form.