Auto loans and leases total over 84 million accounts and represent $1.28 trillion of outstanding debt at the end of February. The number of accounts outstanding is down slightly from a record in January, but the value outstanding is a new record. 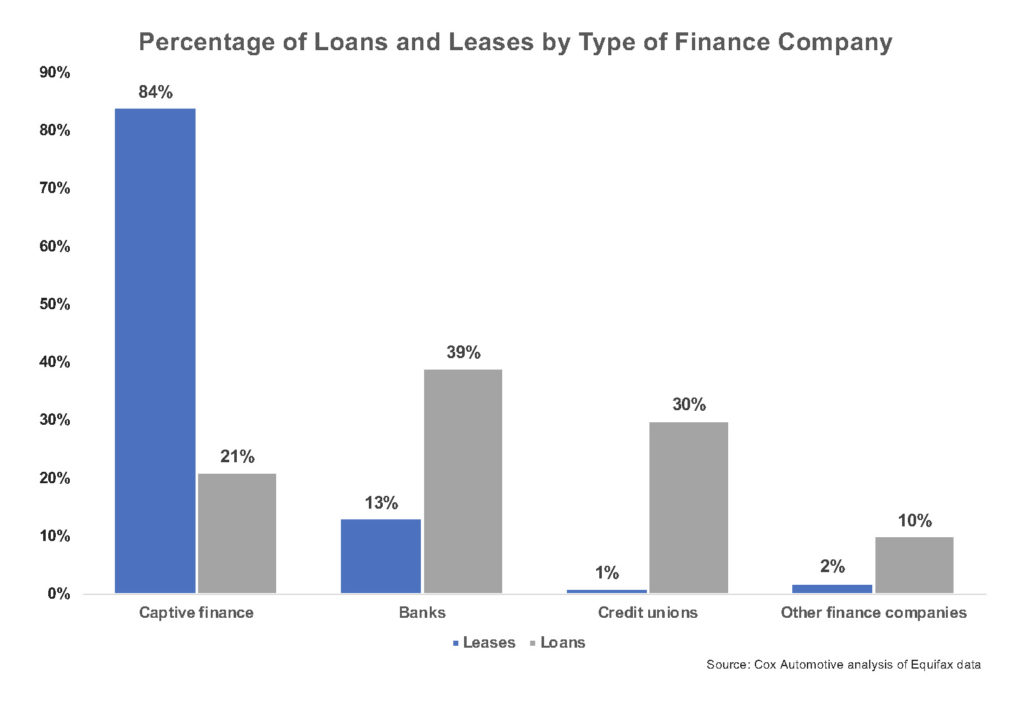 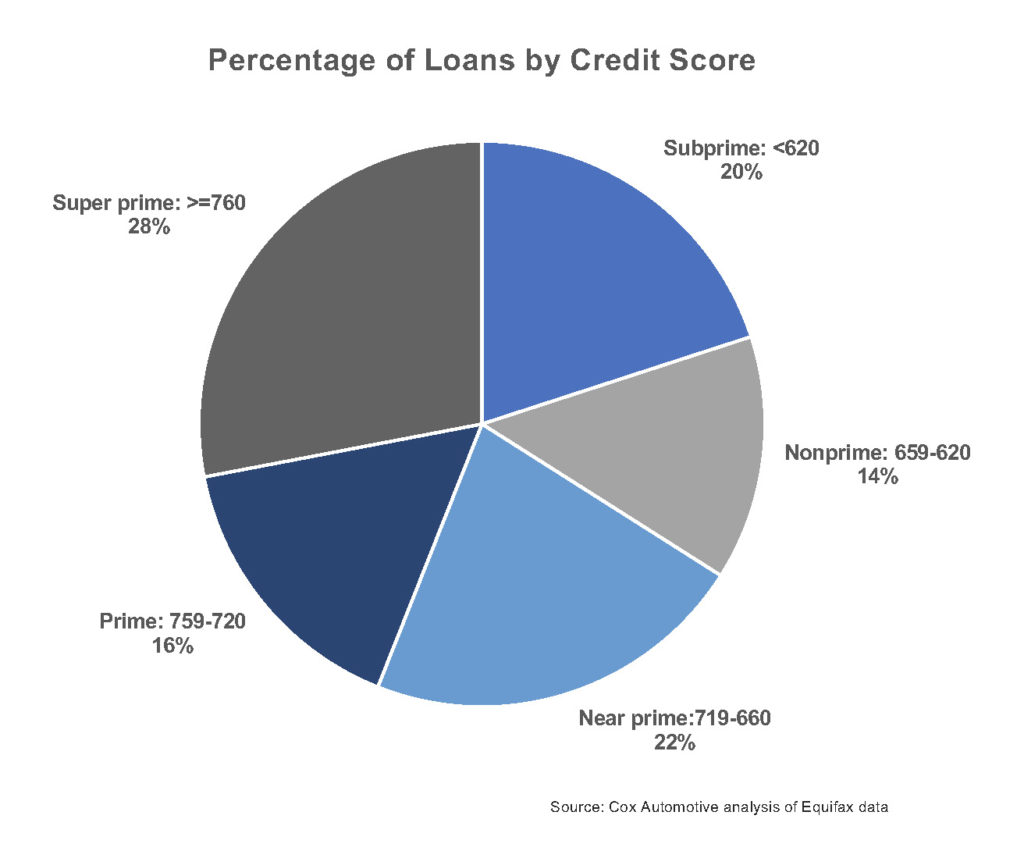 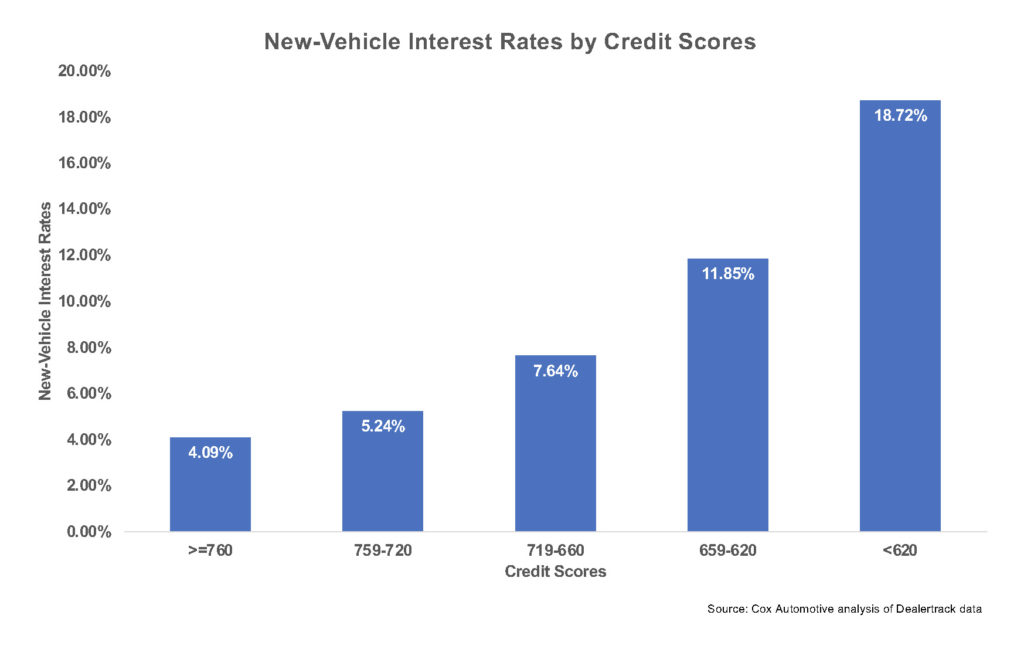 New-vehicle interest rates vary widely depending on the consumer’s credit score, according to a Cox Automotive analysis of Dealertrack data. As seen in the chart above, the largest difference – 6.87% – is between the 659-620 (Nonprime) credit score range and credit scores below 620 (Subprime).

*Defaults are not defined as a status but reflect conditions beyond 120 days past due as well as repossessions. Bankruptcy accounts are excluded from this calculation.