One of the most intriguing trends for the year is what has happened and is happening with interest rates. At the end of last year, the Fed remained hawkish and very resolute about pushing rates higher in 2019. After a stock correction, they turned to patience as the mantra. And this month the yield curve inverted.

The graphic below illustrates what has been happening in key rates. 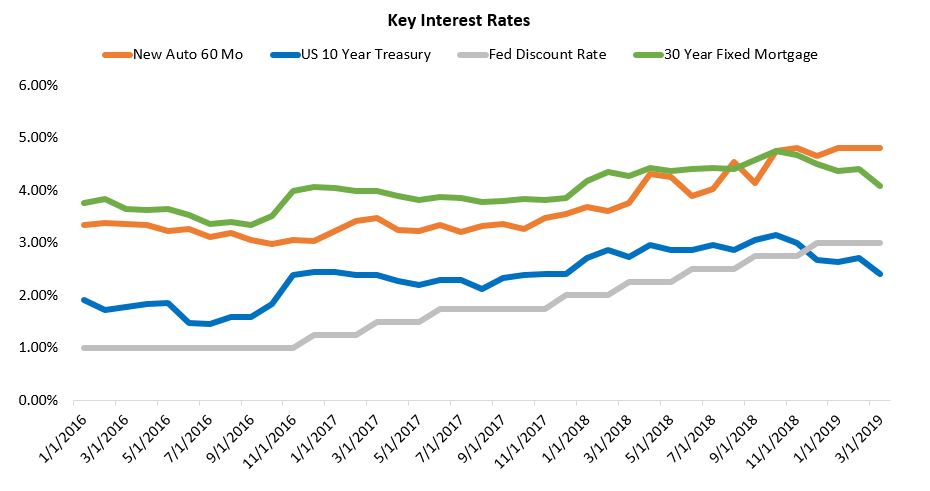 The Fed controlled Discount Rate reached its new peak of 3% in December when the Fed last raised. 10-year treasuries peaked in October and declined throughout March before moving back up last week. The steep declines in March resulted in a yield curve inversion, which occurs when shorter duration yields like on three-month Treasuries exceed yields on longer Treasuries like the 10 year. The 10Y-3M spread turned negative in March for the first time since 2007.

Mortgage rates followed the declines in the 10-year, making home buying more attractive. Even though bond yields are now higher by about 15 basis points and enough to push the 10-year back above the three-month mortgage rates have moved less and they remain lower than they were a year ago.