New vehicles have enjoyed tremendous gains in fuel economy over the past decade.

It’s worth noting the significant improvements as the U.S. House of Representatives Energy and Commerce Committee prepare for a June 20 hearing on the Trump administration’s proposal to freeze fuel efficiency standards at 2020 levels through 2026.

Since 2007, the sport-utility vehicle segment has achieved the highest percentage improvement in fuel economy – 32% better, from about 18 miles per gallon (mpg) in 2007 to about 24 mpg last year. The fuel efficiency improvement, combined with low gas prices as well as compelling and extensive product offerings, has led to the surge in SUV popularity. 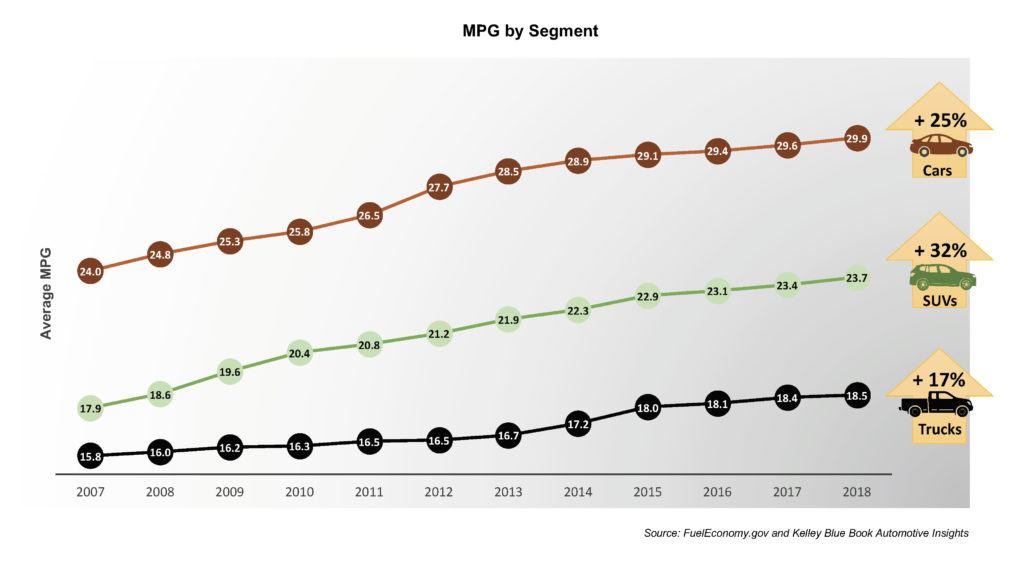 Recently, 17 major automakers including General Motors Co., Volkswagen Group and Toyota Motor Corp. urged the White House to resume talks with California aimed at avoiding a lengthy legal battle over the standards. The automakers want a single Corporate Average Fuel Economy standard. California and states that follow California’s lead want to stick with more stringent ones put in place by the Obama administration for 2025. The Trump administration wants to roll back fuel economy standards.

A final standard is to be set in the coming months, but it is likely that will only mark the beginning of the court battles as the Trump administration wants to prevent California from setting its own standard.