General Motors posts first-quarter 2020 financial results on Wednesday, May 6. The automaker already has signaled a tough quarter, as it suspended its dividend and stock buybacks.

Here are some data points from Cox Automotive on GM’s first-quarter market performance in the U.S., where the company derives the bulk of its profits.

GM’s U.S. sales fell 8% in Q1 to 611,422 vehicles, the lowest first-quarter volume level in at least the past five years. Each of GM’s four brands saw their lowest Q1 sales in at least five years as well. 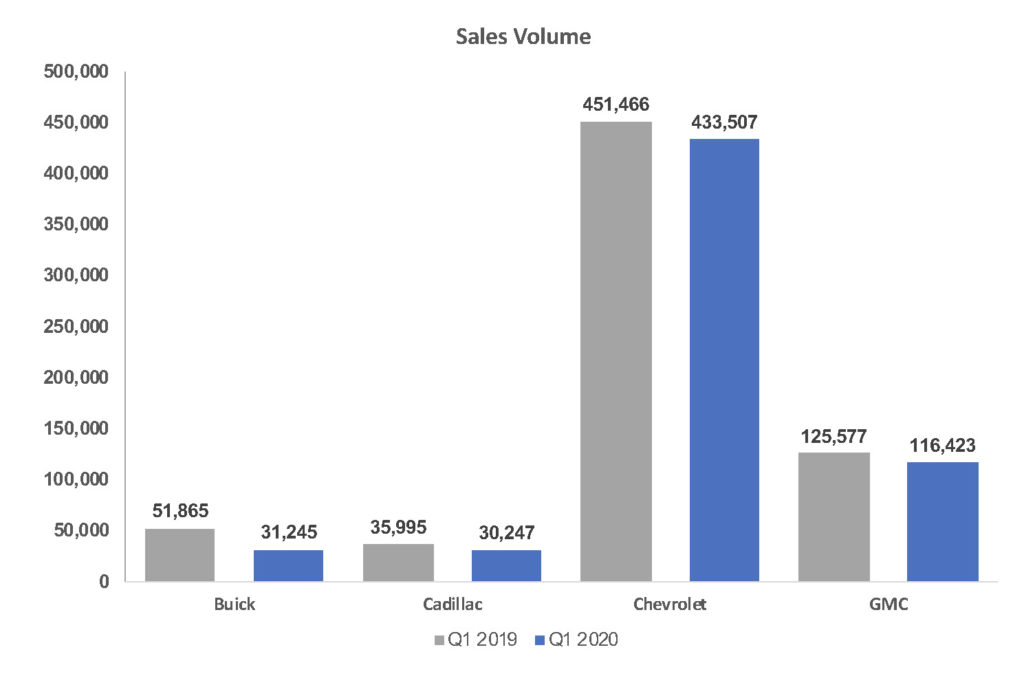 Chevrolet and GMC sales were down the least, 4% and 7%, respectively, as GM had a blockbuster first quarter for full-size pickup truck sales. Chevrolet Silverado sales regained their lead over Ram, soaring 26% to their highest level in at least the last five quarters. GMC Sierra sales climbed 31%. Robust truck sales caused Chevrolet to gain more than 1 point of market share. GMC also eked out a gain, thanks to higher truck sales as well as hefty Yukon sales.

As a result of strong Q1 sales, GM, which had to close its assembly plants, is relatively low on full-size pickup truck inventory. A sales recovery could leave GM at a competitive disadvantage with Ford and Ram, which had substantially more trucks in stock entering April.

Other Chevrolet models that did well were: Bolt EV, which had sales up 36% to their highest for the quarter in five years; the under $30,000 Trax, up 15%; and the new Blazers, which accounted for sales of 22,147 units.

Buick and Cadillac are in the midst of transforming their model lines, and it showed in their significantly lower Q1 sales.

Buick sales plummeted 40% to a scant 31,245 units sold, roughly 20,000 units lower than any of the past five first quarters. The brand discontinued its car lines and was selling them down throughout Q1. Buick will focus exclusively on SUVs, of which it has three basic models now. But even sales of those were down significantly in the quarter: Encore was down 42%; Enclave dropped 30%; and Envision slipped 9%. Buick emerged from the quarter with huge inventories of unsold vehicles, among the highest in the industry in March.

Cadillac sales fell 16% to just over 30,000 units, its lowest level in the past five years. Cadillac is selling down its car lines, as well as its current Escalade, which was redesigned for launch later this year. Cadillac’s relatively new XT4 SUV, on the market only two years, posted sales down 27%. The newest SUV in Cadillac’s line, the XT6, contributed about 5,000 units of sales.

GM’s Q1 incentive spend rose 10% to an average of $5,140 per vehicle, according to Kelley Blue Book calculations, the highest amount of any first quarter in at least five years. 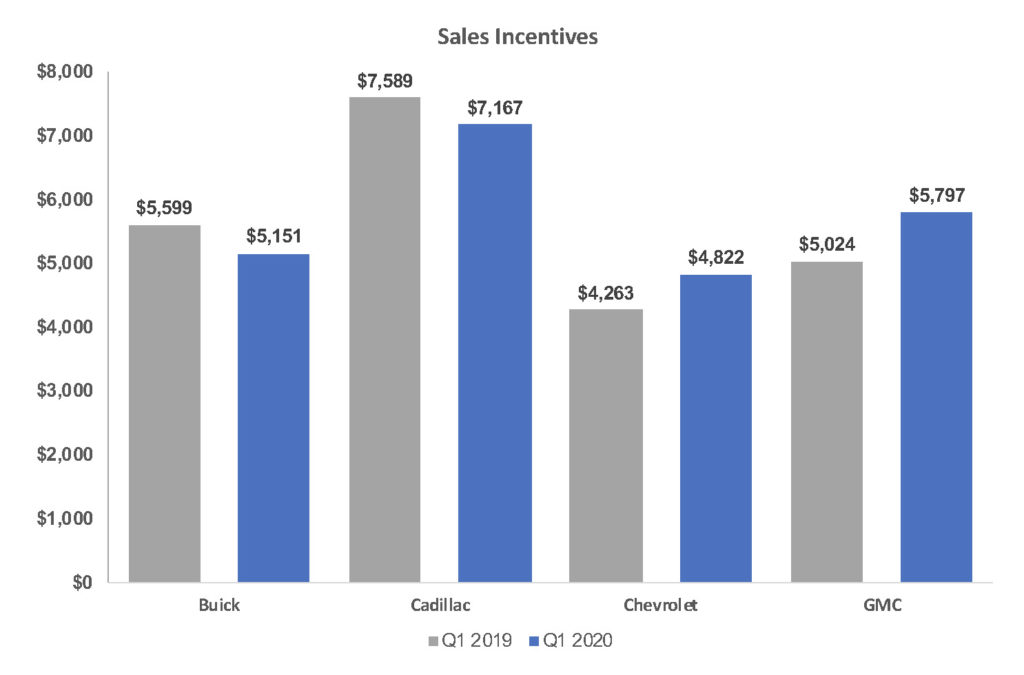 GM focused its spending on truck incentives. In addition, GM quickly shifted to an aggressive program of zero-percent financing for up to 84 months when the full force of the pandemic hit. 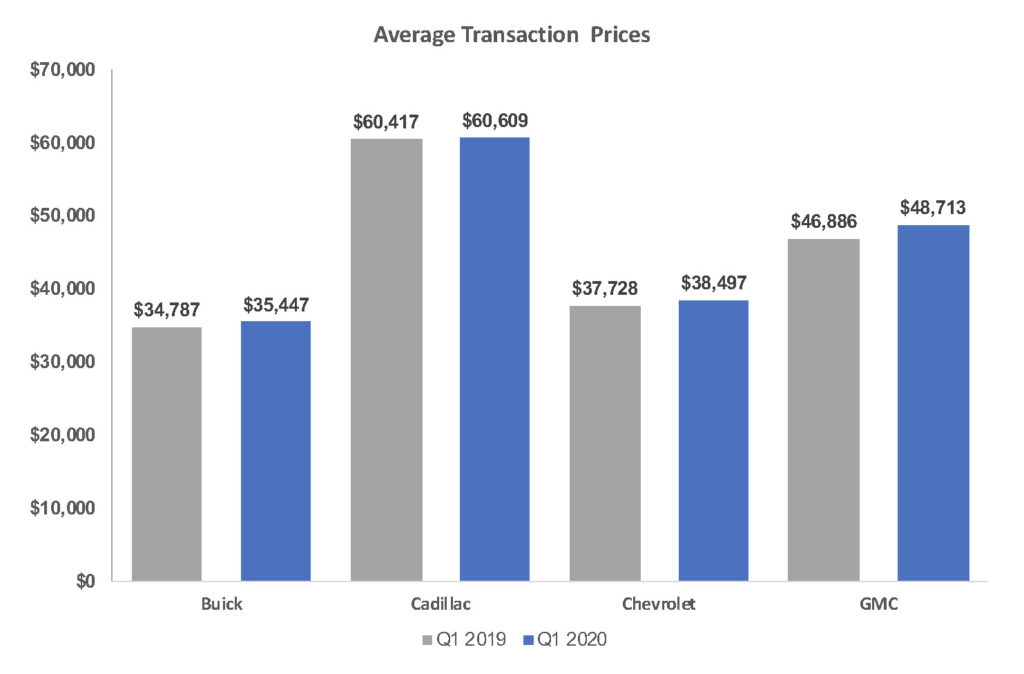