Nissan Motor Co. in Japan reports financial results on Thursday, May 28, for the quarter and fiscal year that ended March 31. Nissan also will unveil its 3-year restructuring plan that day.

In North America, Nissan shook up the management ranks and has shut down its major assembly plant in Smyrna, Tenn., for an extended period. It reopens some time in June. This facility produces the Nissan Altima, Maxima, Leaf, Pathfinder and Rogue as well as the Infiniti QX60.

Here are some data from Cox Automotive on Nissan’s quarterly market performance in the U.S., a significant market for the automaker.

Nissan sold 257,450 vehicles under the Nissan and Infiniti brands in the U.S, down 30% from a year ago. It was the first time for the quarter that sales were under 300,000 units for the company. 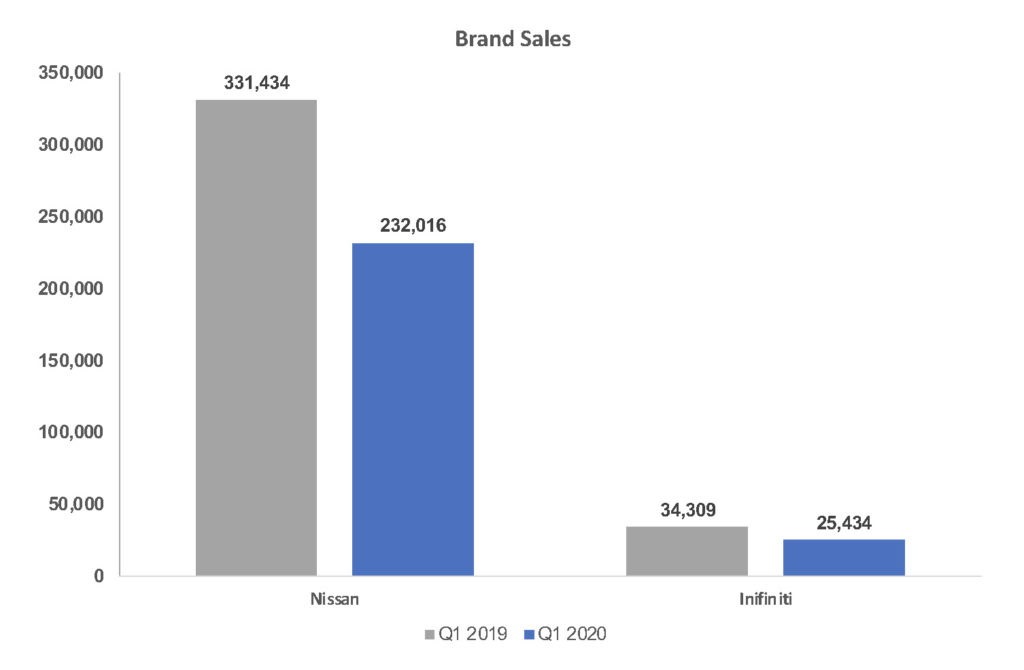 Nissan brand had some deep drops but models reporting an increase were the Kicks, Murano, N200 cargo van and Pathfinder. It’s high-volume Rogue was down 36% as it is being sold down to pave the way for the new one, being introduced this summer.

Nissan spent on average $4,632 per vehicle on incentives in the quarter, up 24% from a year ago and roughly $600 more than any first quarter in at least the past five years, according to Kelley Blue Book calculations. 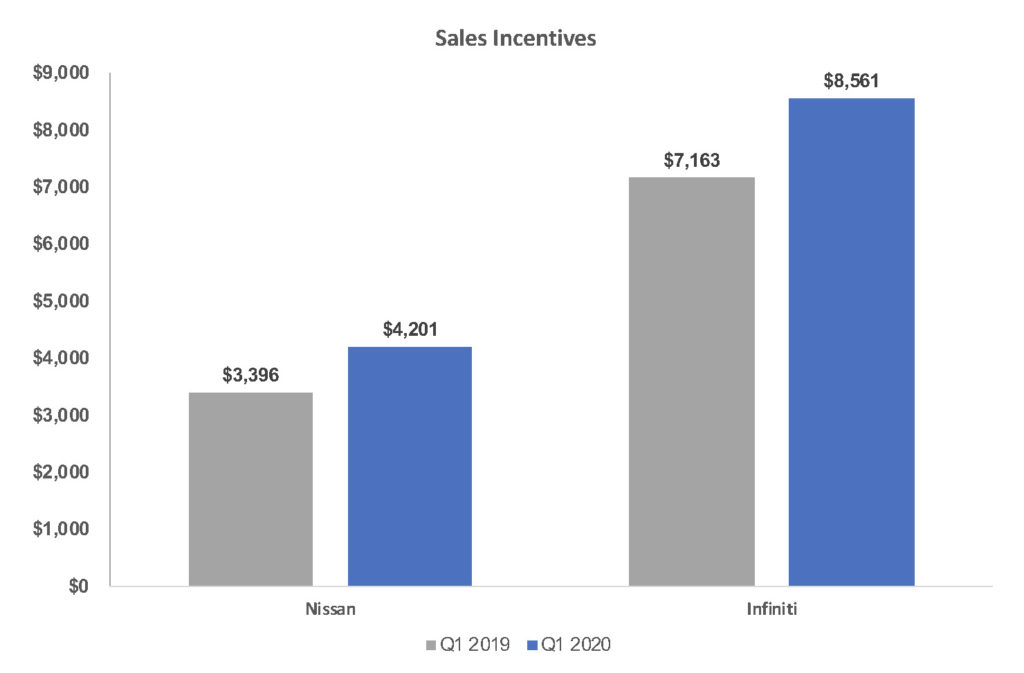 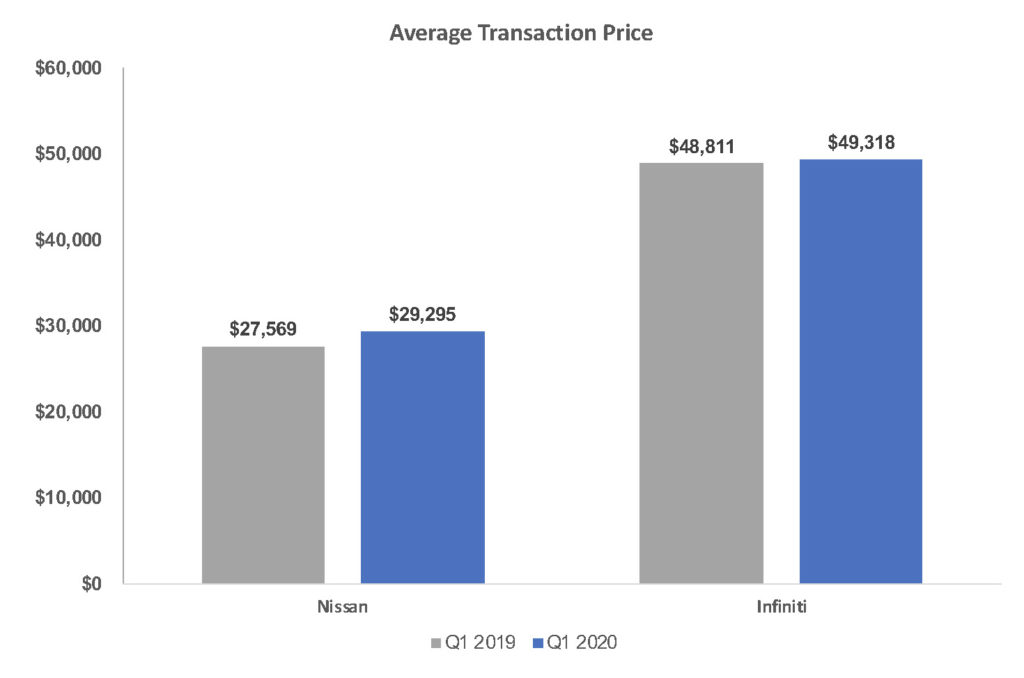