Fiat Chrysler Automobiles is ending production of the Fiat 500 and electric 500e in North America – with good reason.

FCA said it will wind down production of the models at its plant in Toluca, Mexico, and sell off the remainder of the inventory, a process that likely will go into next year. Sales of the 500X crossover, 500L wagon and 124 Spider roadster will continue.

Fiat returned to the U.S. market in 2011 with a flashy ad campaign, but sales have underperformed. FCA’s goal of 50,000 sales a year never materialized, especially as consumers opted for sport-utility vehicles over traditional cars and low gas prices prompted them to buy bigger vehicles than the tiny 500 models. In addition, for years now, FCA has been shedding car models from its lines, focusing its resources on highly profitable trucks and sport-utility vehicles.

In Kelley Blue Book’s Brand Watch, which measures shopping consideration as well as consumer perception of brands and models, the brand vastly underperforms on a number of levels.

Fiat has been largely ignored by consumers, based on shopping consideration data. The only brand with lower consideration in Kelley Blue Book’s Brand Watch was Smart, a brand that Mercedes-Benz has withdrawn from the U.S. market. BMW’s Mini, which also offers small cars, hovers in that same territory. 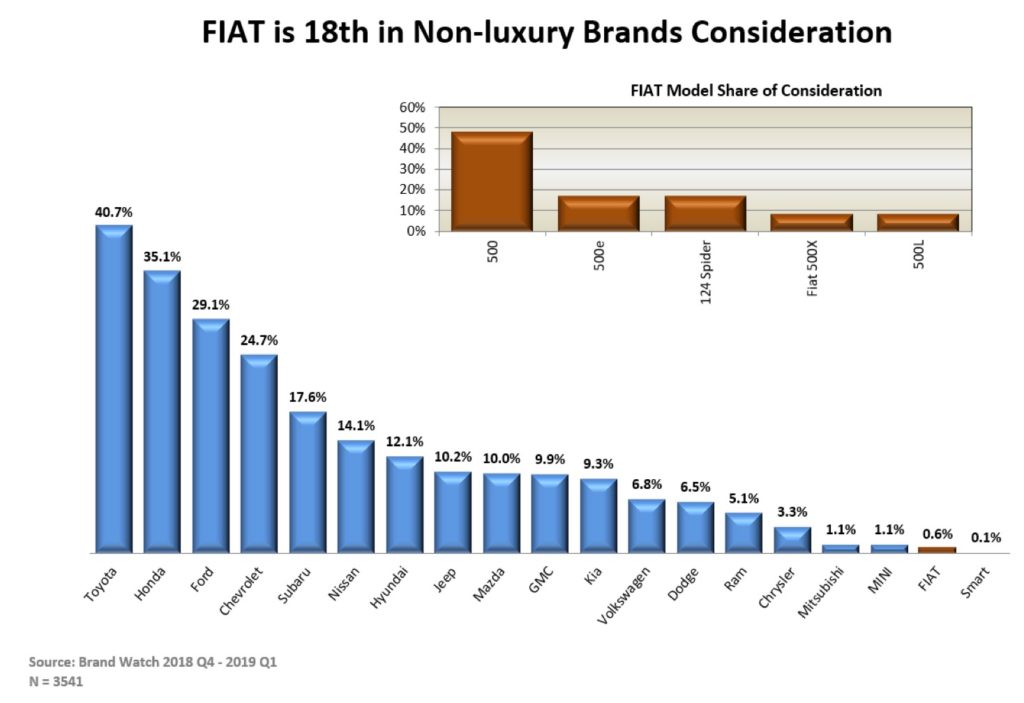 In the dozen factors consumers consider most important in their non-luxury vehicle purchase, the 500 has been running dead last in more than half of those factors, including the overwhelmingly most important factor of durability and reliability, and ranking near last in the rest of the factors. 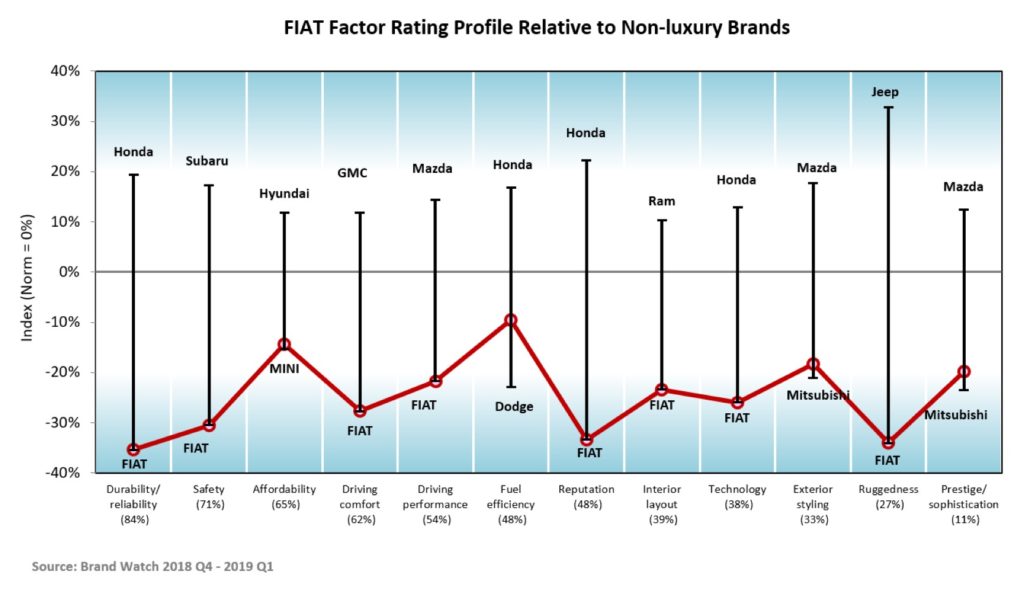 Fiat sold cars in the U.S. from the 1950s until 1983, when it left due to its reputation for poor quality, earning the brand the nickname of “Fix It Again, Tony.” Unfortunately, it hasn’t found a way to shed that reputation even in its newest iteration, in addition to operating in a market that doesn’t favor the kind of vehicles the brand offers.

The question FCA has yet to answer is what happens to the brand in total and how will FCA meet federal and California fuel economy standards without some cars, including small and electric ones, in its line-up.