Ford surprised analysts with better-than-expected earnings. Will General Motors do the same? We’ll find out when GM reports first-quarter financials before the stock market bell rings on April 30. 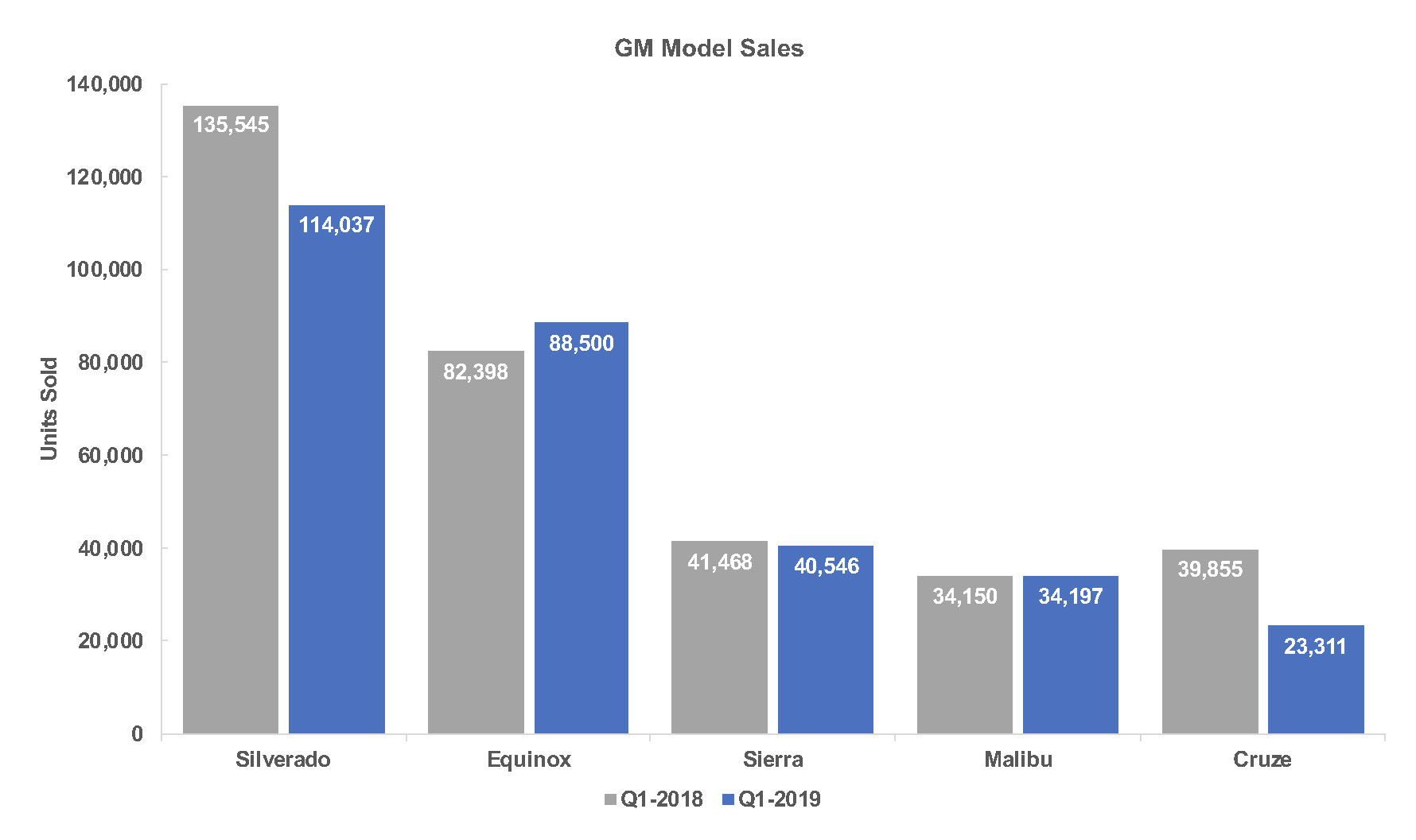 Sales of the Chevrolet Silverado dropped 16% as GM remains in launch mode for the various versions of the Silverado and GMC Sierra. The trucks were redesigned last year, and, while GM brings the various versions and plants making them online, it is selling versions of the previous generation trucks at discounted prices. FiatChrysler is taking the same approach with its Ram 1500, also redesigned last year, with older versions deeply discounted. In Q1, to the dismay of GM, the Ram outsold the Chevrolet Silverado.

GM’s car sales were down 21%, similar to Ford’s. Fiat Chrysler largely abandoned the car market. Ford is ditching almost all car, eventually, except for the Mustang. GM has been pruning its car offerings, already ending production of its Chevrolet Cruze and with plans to drop the Chevrolet Volt and Cadillac XTS.