General Motors’ fourth-quarter financial results, which will be announced before the stock market opens on Wednesday, Feb. 5, will show the impact of the six-week strike that ended during the quarter. Analysts are optimistic that GM will report a positive surprise for Q4 as it did with Q3.

Estimates are that the strike ultimately cost GM $2 billion with all U.S. factories shut down. GM cranked up factories as soon as the UAW ratified the new four-year contract on Oct. 25, 2019, scheduling substantial overtime and even Sundays to make up production.

For the quarter, GM’s light-vehicle sales in the U.S., which represents the bulk of its revenues and profits, fell 7% from the year-ago fourth quarter to their lowest level for a fourth quarter in at least five years.  Lower sales pushed market share down to 17.33%, according to Cox Automotive. 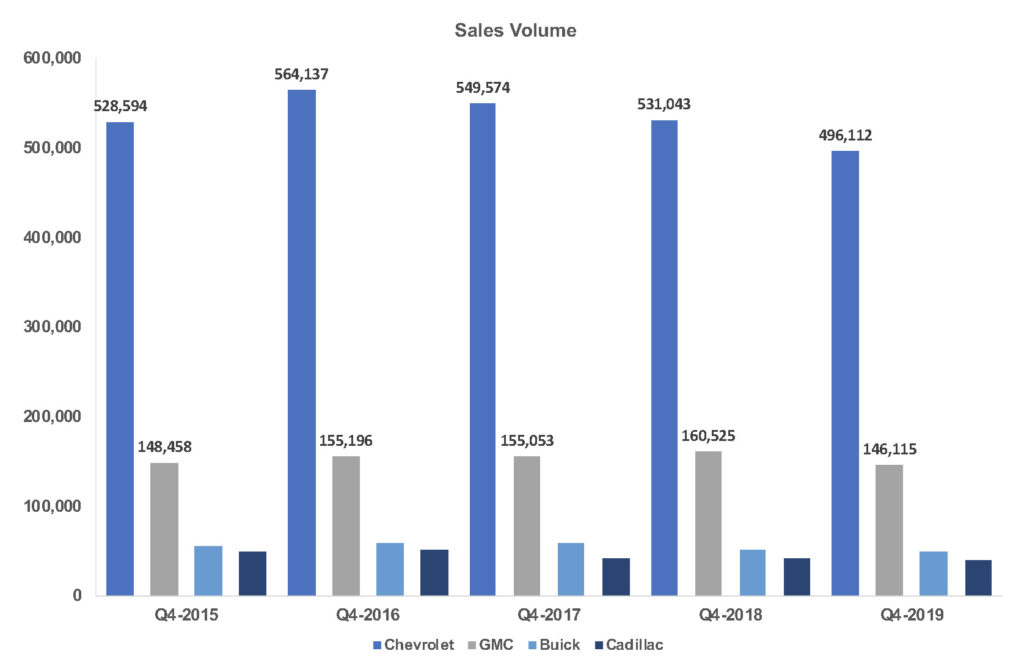 Even though factories weren’t running through the strike, dealerships were still trying to sell inventory, which, to stay competitive, required GM to boost incentives. During Q4 2019, GM raised incentives by nearly 11% to an average of $5,165 per vehicle, the highest level for a fourth quarter in at least five years, according to Kelley Blue Book calculations.

Buick incentives rose the most – up 14% to an average of $5,444. Buick announced during the quarter that it would abandon the car market, eliminating the Regal and Lacrosse. It will now be an all-SUV brand.

Cadillac incentives rose less than 1% but, still, they hit an average of $7,817 per vehicle, the highest Q4 level in at least five years but far less than the more than $11,000 per vehicle in Q3 2019. Cadillac is ending production and selling down some sedans, including the ATS and CTS, as it, too, focuses on SUVs. 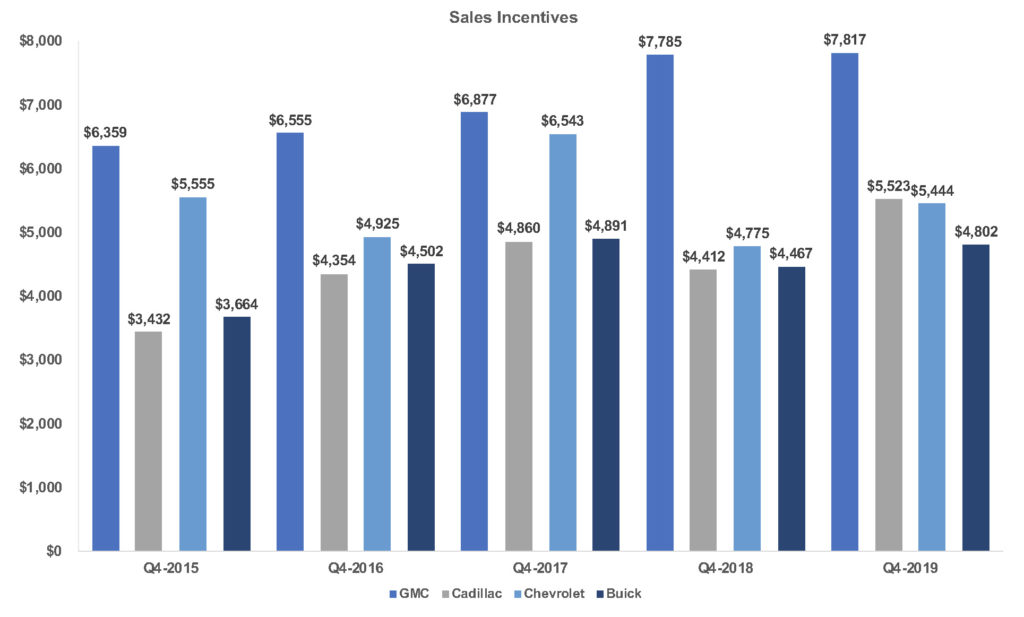 GM’s Average Transaction Prices (ATPs) rose to $41,970, the highest ATP for a fourth quarter in at least five years, according to Kelley Blue Book. GMC had more wiggle room than GM’s other brands on incentives since its ATP rose to surpass $50,000 per vehicle. 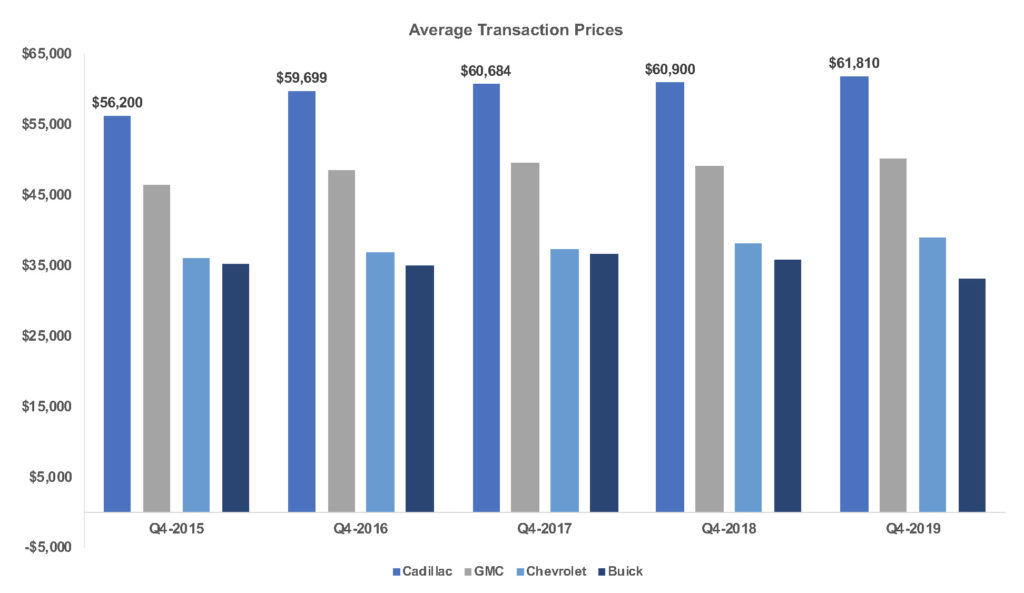 In addition to prices holding up, Chevrolet and GMC pickup truck sales also held their own in Q4 against intense competition. GM was rolling out all the configurations of its new trucks when the strike occurred, interrupting that rollout.

Looking ahead, GM needs to get past the strike by introducing the full-array of pickup trucks while it also launches its new large SUVs based on those trucks – Cadillac Escalade, Chevrolet Tahoe and Suburban and GMC Yukon. Trucks and large SUVs deliver the biggest profits in the portfolio. China is a wild card, particularly now with the coronavirus spreading. GM’s sales in China already were falling.