Wall Street analysts expect lower earnings on lower revenues, though they are hopeful for an upside surprise as GM delivered in Q1.

In the U.S., GM sold 744,316 vehicles in Q2, down nearly 2% from the year-ago quarter. Total industry sales for the quarter slipped 1%, according to Cox Automotive data. That put GM’s market share for the quarter at 16.8%, roughly flat with the past few years.

GM’s sales decline came from its highest-volume brand, Chevrolet, with sales down 6%. Chevrolet is dropping some cars from its product line, including Chevrolet Cruze compact, a move that led to the recent closing of the Lordstown, Ohio, assembly plant, and the Chevrolet Volt. Though the Malibu remains in the line, sales plummeted by 27% in the quarter. Chevrolet Silverado sales fell 9%, losing second place in sales to the Ram 1500. GM is in the process of ramping up all versions of the Silverado and GMC Sierra, including the heavy-duty ones. Equinox sales soared 16%. 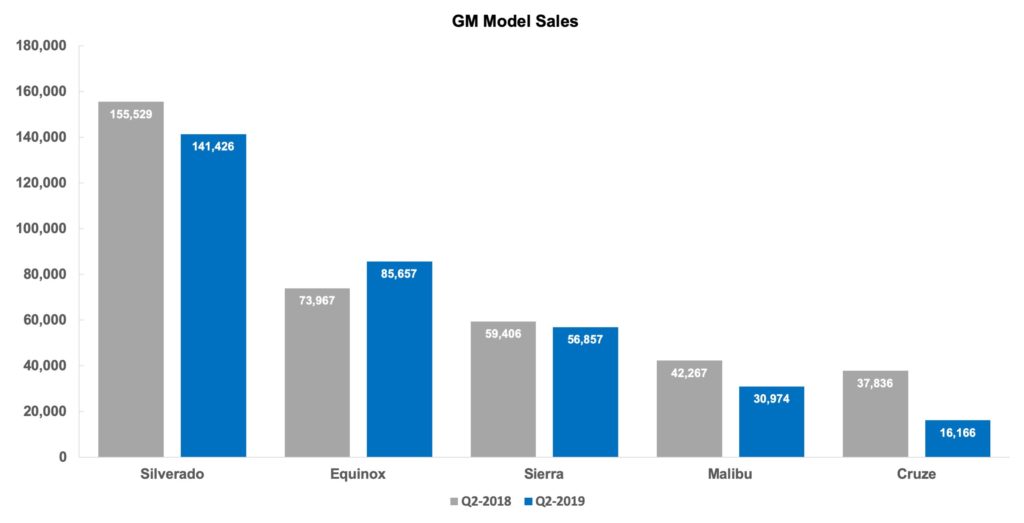 GMC, an all truck and SUV brand, posted a nearly 10% increase in sales. Buick sales rose nearly 5%. Cadillac, just starting to launch new sedans and SUVs as it winds down the old ones, edged up 1% while luxury sales in total were up 2%.

GM improved its overall average transaction prices (ATP) by nearly 3% to $41,947, its highest level ever, according to Kelley Blue Book. 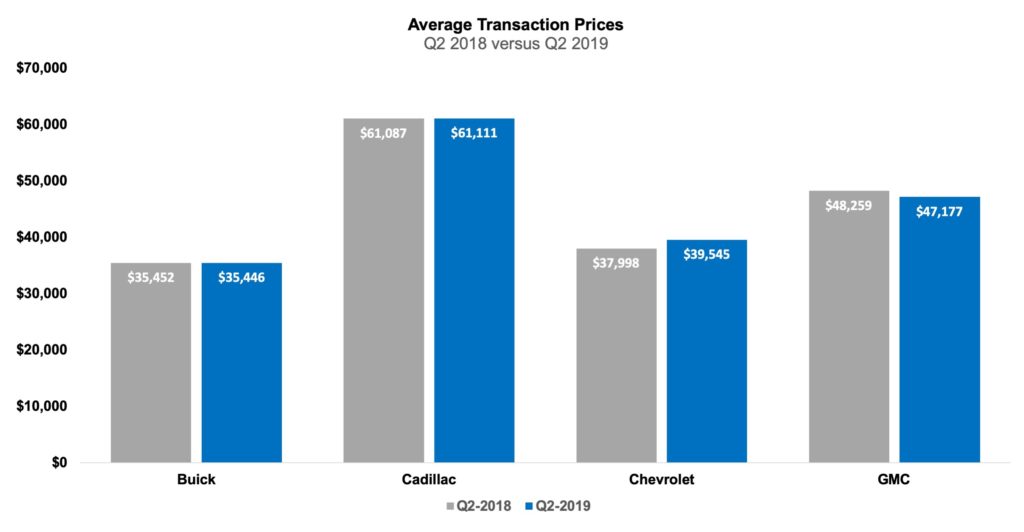