Big games are all about winners and losers. In the case of automotive companies presenting new national ads during Super Bowl LIV on Sunday, data shows that all participants had reason to celebrate. For automakers that ran ads during the game, Dealer.com-run websites saw a dramatic lift in search traffic, with total visits increasing by 647%. (Dealer.com, a Cox Automotive company, operates more than 60% of the nation’s dealer websites.)

This year was particularly strong for automotive advertising, with eight different brands playing in the big game, the highest number since 2017. Across all advertisers, Kelley Blue Book traffic gains for the advertised models were at least 4x more than traffic levels of the comparison period, indicating perhaps the large volume of viewership makes the high-cost advertising worthwhile.

“Automakers still see television, the NFL and the Super Bowl audience as important given the cost of producing these ads and the cost to place them,” said Brian Moody, executive editor for Autotrader. “The Jeep, Hyundai and Audi ads may indicate that the focal point is shifting to Gen Xers given the presence of an actor from a beloved 80s movie, one from The Office and another from Game of Thrones. Based on this, there still seems to be plenty of lift in selling actual cars, television as a viable mass communication outlet, and the growing depth of Gen Xer’s pockets.”

Download a full report of ad performances on game night and the following Monday. Here are additional results by automaker:

If you would like to speak with one of the expert analysts from Autotrader, Kelley Blue Book or any member of the Cox Automotive Industry Insights team, please contact us. 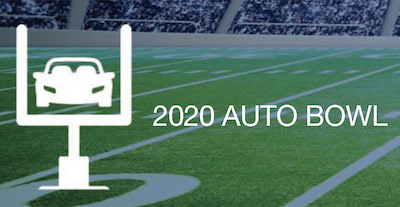 See how the automakers' ads performed.