The 2019 retail leasing volume has decreased 1.3% year over year through August, roughly in line with the overall market. Lease penetration, however, is at 29.6% through August and is running above where we finished last year at 28.6%. In August, the average leasing payment was $485, a 2% year-over-year increase per Cox Automotive estimates. 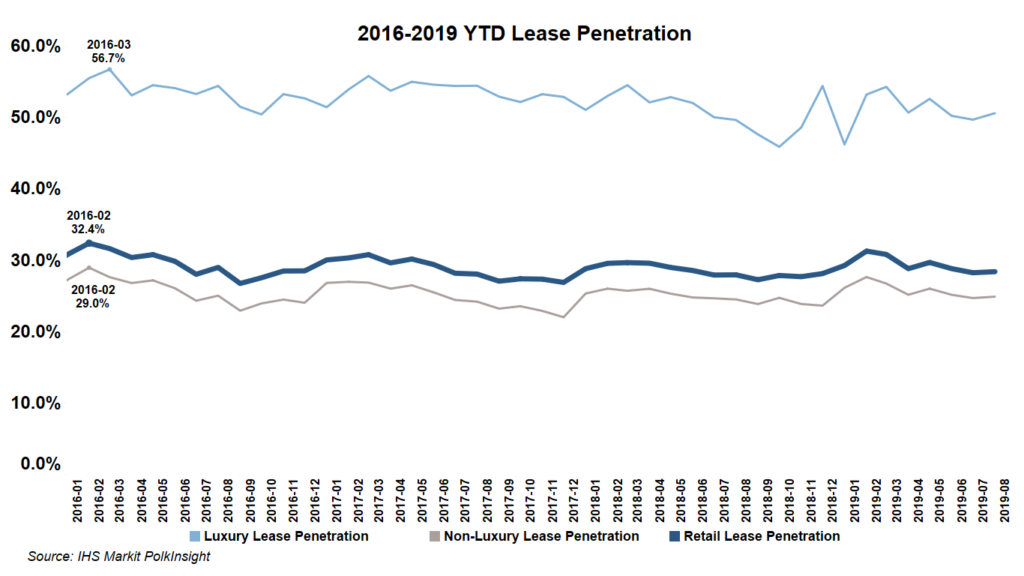 Infiniti leads in luxury and overall lease penetration through August with 66.4% of its sales being attributed to retail leases, as illustrated in the chart below. Acura, Mercedes-Benz, Land Rover, BMW, Audi and Lexus are all nearly tied with around 60% lease penetration. 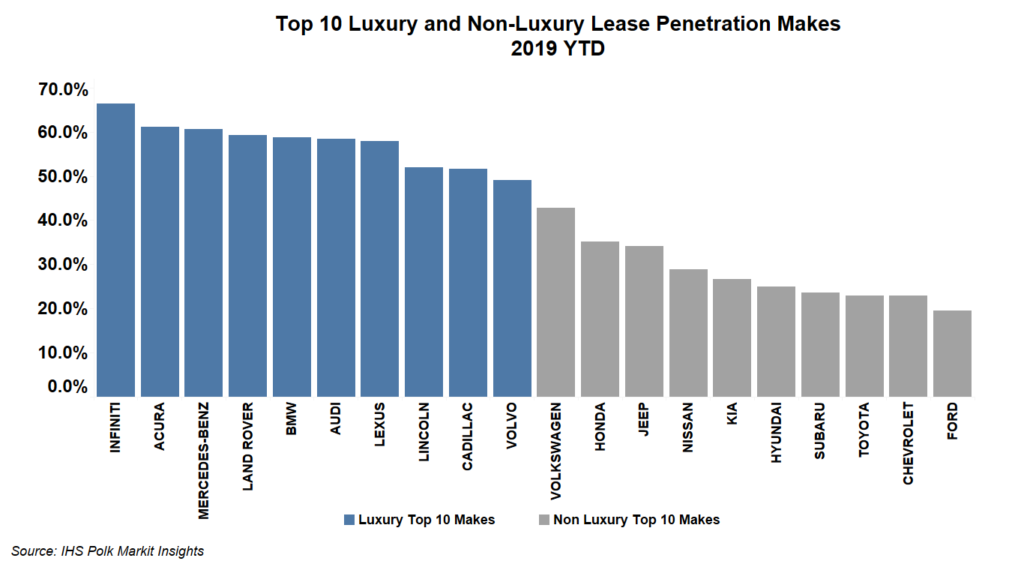 In a declining new retail market, leases are an essential product for new vehicle shoppers. A 29.6% lease penetration rate suggests ongoing demand and equates to approximately 2.5 million vehicles so far that will eventually re-enter the market as used or certified pre-owned vehicles.

The wholesale and used-vehicle markets have been able to absorb the volumes of off-lease units returning to market driven by a strong used retail demand, particularly for high-contented vehicles. Certified pre-owned sales especially benefit from the ample supply of off-lease inventory which provides an attractive selection of nearly-new vehicles eligible to be certified.