Kelley Blue Book Brand Watch™ is a consumer perception survey that also weaves in consumer shopping behavior to determine how a brand or model stacks up with its segment competitors on a dozen factors key to a consumer’s buying decision. Kelley Blue Book produces quarterly Brand Watch reports for non-luxury and luxury brands.

Utilities outnumbered cars on the Q1 most-considered list. Acura RDX knocked the BMW 3 Series out of the top spot on shopping lists. BMW had the most spots on the top 15 most-shopped, followed by Acura (4) and Audi (3). The most considered luxury brands generally retained their order from Q4 2018, except for mid-pack, where Infiniti pulled ahead of Cadillac, likely because Cadillac, though still the highest with incentives, dialed them back by about $1,000 per vehicle in Q1, while Infiniti ratcheted them up.

Among SUVs, Acura RDX soared to the top spot for luxury vehicle consideration, where sales rose 35% in Q1. The RDX was named “Best New Car for 2019” by Autotrader. The second-generation Audi Q5 moved up in consideration to No. 2.

Inventories of luxury vehicles hit 75 days, up 4 days from a year ago, though specific models were in relatively short supply and turning quickly. Incentives rose significantly for Genesis and Jaguar in Q1 and edged higher for Buick and Infiniti, who are tops in spending in terms of incentives as a percentage of average transaction price. Other luxury makers lowered incentives or held them steady. 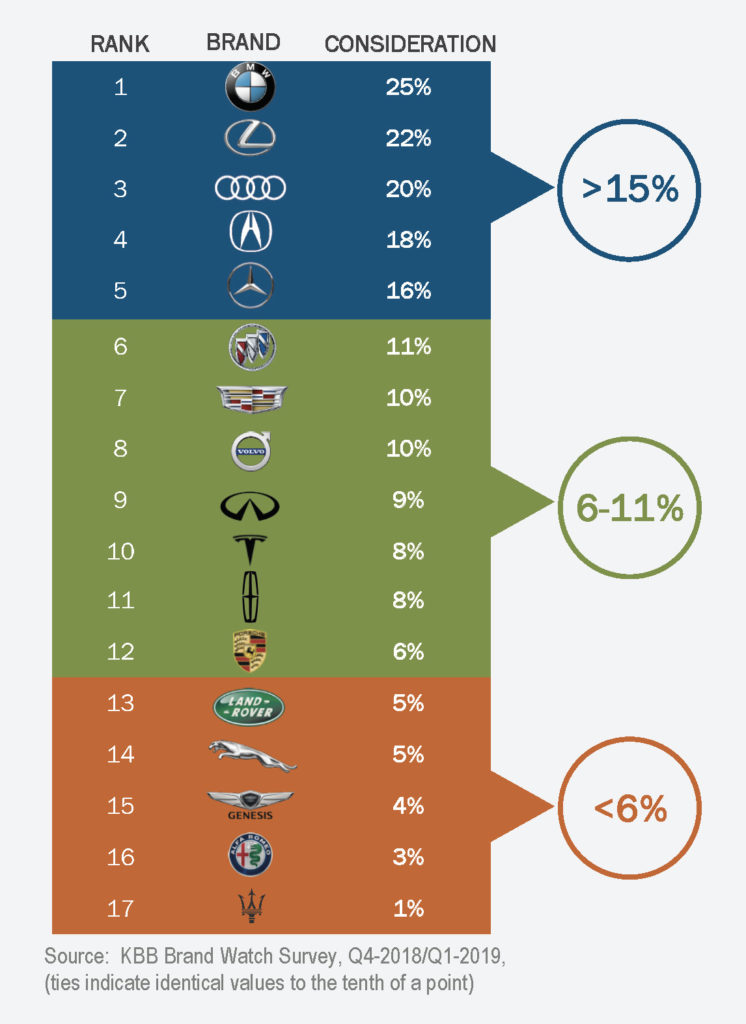 The ranking of the top five factors important to consumers buying luxury vehicles didn’t budge in Q1. For the fourth consecutive quarter, affordability ranked fifth after jumping two spots to its current position in Q2 2018 and staying there ever since. Like non-luxury buyers, luxury buyers seek value for the price as buying conditions worsen, the threat of tariffs hang in the balance and consumer confidence weakens despite a strong economy and stock market. In affordability, Genesis was pushed out by Infiniti at No. 3 and Buick moved to the second spot, behind Acura.

When looking beyond the top five factors, Tesla continued to dominate through the first quarter of this year as it had in several quarters before. This tells us the Tesla brand is still a gold standard among luxury buyers, despite the swirl of bad news. Read more on Tesla. 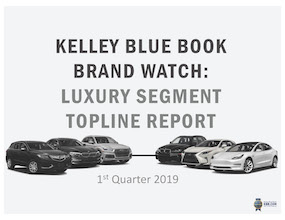