Shoppers considered pickup trucks at record levels during the second quarter, aided by compelling incentives launched by automakers in response to the COVID-19 pandemic, including zero-percent financing for 84 months, according to the Kelley Blue Book Brand Watch™ Report for Q2 2020.

The shopping converted to sales as Q2 pickup sales fell only 21%, the smallest decline of any category and far better than the total industry decline of 34%. Pickup trucks became the No. 1 selling category in March but were narrowly surpassed by midsize SUVs for the second quarter.

Of the top 10 most-shopped models (11 because there was a tie), five were trucks, the most ever, according to Kelley Blue Book Brand Watch. Typically, the list is more of a balance with trucks, SUVs and cars.

Gen X and Gen Z shoppers drove the higher truck traffic, posting the biggest quarter-to-quarter increases. Of Gen Z shoppers – those under 25 years old – 41% considered a truck, up from 34% in the first quarter. Of Gen X shoppers – the 35 to 54 age category – which make up the largest share of truck shoppers, 39% considered a truck, up from 32%, according to Kelley Blue Book data.

Men account for 86% of truck shoppers; women only 14%. Most truck shoppers are white. However, the second quarter saw a sharp rise in Black pickup truck shoppers. Of Black shoppers, 29% considered a truck, up from 18% in the first quarter.

The biggest share of pickup truck shoppers lives in the Western and Southern U.S., which includes Texas, the nation’s largest truck market. The share of shoppers looking at trucks in the West was higher than in the South, but the South saw the largest increase in consideration compared with other regions. Of Southern shoppers, 37% considered trucks, up from 30% in the first quarter.

Needless to say, brands that sold trucks attracted more shopping consideration – and sales – than brands that did not in the second quarter.

Toyota continued its reign as the most-shopped non-luxury brand for two consecutive years, according to Kelley Blue Book Brand Watch. It was buoyed mostly by the midsize Tacoma pickup truck. The Tacoma saw a 22% increase in shopping consideration, which pushed it up four rankings to be the fourth-most considered non-luxury vehicle, a noteworthy accomplishment considering the current Tacoma is at the end of its cycle, with a fresh model launching later this year. Toyota likely could have sold more Tacoma and Tundra models in Q2, but inventory was the lowest in the industry. On the up side, Camry and RAV4 gave the Toyota brand a boost.

Ford maintained its hold as the second most-shopped brand for the fifth straight quarter, but Ford gained ground on Toyota. Ford’s strength came from F-150, with its 23% increase in shopping consideration. In addition, Ford’s bigger trucks – the F-250, F-350 and F-450 Super Duty trucks – made their debut on the Top 10 most considered models with a 27% increase in shopping consideration.

During the quarter, Ford took the wraps off the next-generation F-150 that goes on sale later this year. F-Series sales in the second quarter dropped only 23% from the previous year, while the Ranger was one of only two Ford models that posted a sales gain; it was up 20%.

Chevrolet pulled ahead of Honda as the third most-shopped brand, due to a rise in its consideration and a dip in Honda’s. It was the first time in four years Chevrolet beat Honda, and it was due to the impressive 23% increase in the Silverado pickup’s shopping consideration. In fact, the Silverado catapulted to the second most-shopped vehicle for the first time ever.

Silverado beat Ram on sales, returning to its long-held No. 2 sales spot behind F-150 except for last year. General Motors’ supply of trucks was extremely low throughout the quarter.

Though Ram was not able to repeat its thrashing of Silverado in sales, the Ram 1500 did make the Top 10 most-shopped list on Kelley Blue Book Brand Watch in the second quarter with an 11% increase in shopping consideration.

More shopping for pickup trucks resulted in softened shopping for SUVs. Still, SUVs remained the most-shopped category. In terms of sales, SUVs posted a 28% decline in the quarter, for a better-than-industry performance.

Of all shoppers, 63% considered SUVs, slipping from an all-time high of 66% in the first quarter. SUV consideration may rebound with several new models launching this year, including General Motors’ full-size utilities.

The Top 10 (11 because of the tie) list of most-shopped vehicles included four SUVs: Honda CR-V, Toyota RAV4 – which have had the top two spots since Q2 2017 – Subaru Outback and Ford Explorer. The Toyota 4Runner rounded out the top 5 most-shopped SUVs.

In fact, the 4Runner and Explorer moved up in the rankings within the SUV segment. The Ford Explorer is finally getting some traction after a disastrous launch last fall. Ford struggled to get its Chicago plant up and running with Explorer and its Lincoln Aviator counterpart. Explorer’s second-quarter sales posted a 12% gain over the year-ago quarter.

Shopping consideration for cars continued to slide, in part, because a number of automakers have cut the number of car models offered or have nearly abandoned the car market altogether. Also, the best incentives were on trucks and SUVs. And, likely, car shoppers, particularly at the low end, were most hurt by job layoffs caused by the pandemic as they tend to be younger buyers with less credit-worthiness.

Of all new-vehicle shoppers, only 35% considered a traditional car, down from 37% in the first quarter. That, too, is a new record – a record low. In terms of sales, the car category performed worst than the overall market, with sales down 48% to the industry’s 34%.

The most-shopped cars list has held steady for a long time: Toyota Camry, Honda Accord, Honda Civic, Toyota Corolla and Ford Mustang, in that order.

Shopping consideration for minivans held steady at only 5% of all shoppers. The most considered models, in order, were Honda Odyssey, Toyota Sienna, Chrysler Pacifica, Dodge Grand Caravan and Kia Sedona.

During the second quarter, Toyota unveiled the next-generation Sienna which will be hybrid only. Kia reportedly will launch a more SUV-like Sedona replacement. The Dodge Grand Caravan will be discontinued in the U.S., as Dodge moves to a performance only brand. It will remain on the market in Canada with the same name in a different form.

Kelley Blue Book Brand Watch measures brands based on 12 factors that non-luxury buyers say are most important to them. Reliability/Durability has always been the most important factor by a wide margin, followed by safety. The rankings of those 12 factors have changed little over the past five years.

Perhaps surprisingly, despite the pandemic-induced economic recession, Affordability didn’t budge in importance. It may be that aggressive incentives from the manufacturers softened the blow.

Technology, however, gained in importance as it has in the past five years. In the latest quarter, it moved up two rankings.

Toyota secured its No. 1 spot for Durability/Reliability for the fifth consecutive quarter. It also led for Reputation.

Honda still was unable to rebound. As recently as 2018, it held numerous top spots in various categories. Since the fourth quarter of 2019, it has held only one top spot – that being Fuel Efficiency.

Ram remained the leading brand for five of 12 factors despite falling to second place for Ruggedness behind Jeep, another Fiat Chrysler brand.

Mazda claimed the top Affordability ranking away from Hyundai and the top Prestige/Sophistication rating from GMC. 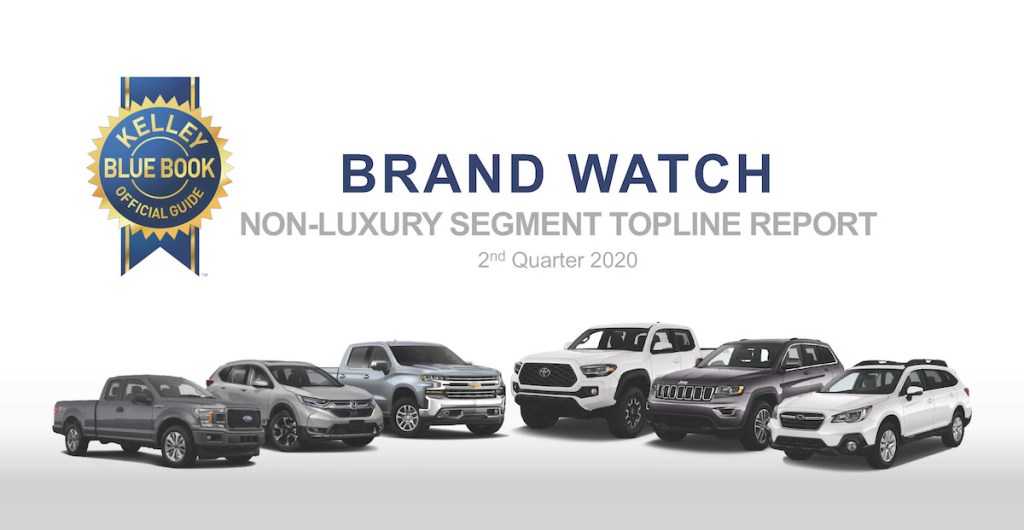