Shopping consideration for SUVs revved up again in the third quarter, boosted by new entries like the Toyota Highlander and stalwarts like the Honda CR-V and Toyota RAV4, according to the Kelley Blue Book Brand Watch™ Report for the non-luxury segment.

Of all new-vehicle shoppers, 65% considered an SUV in the third quarter, up 2 percentage points from the second quarter and last year’s third quarter. Compact and midsize SUVs drove SUV shopping consideration.

Of the Top 10 most-shopped vehicles in the quarter, six were SUVs with Toyota Highlander and Subaru Forester returning to the list. The Honda CR-V and Toyota RAV4, respectively, slotted right behind F-150 as most-shopped overall vehicles, and ahead of the Chevrolet Silverado.

The Honda CR-V and Toyota RAV4, respectively, took the top spots for shopping among all SUVs. Both had significant increases in shopping consideration. CR-V was up 6%; RAV4 was up 5%. They were followed by the Toyota Highlander midsize SUV, redesigned for 2020 and offered with enticing incentives during the quarter.

The Top 5 SUV list was rounded out by the Subaru Outback and Subaru Forester, which saw a 17% surge in shopping consideration. The Ford Explorer’s shopping consideration declined 11%, causing it to fall off the Top 5 list of most-shopped SUVs. However, Explorer sales soared 74% in the quarter.

Shopping for pickup trucks cooled a bit, but it may prove to be a seasonal issue. Of all shoppers for non-luxury vehicles, 31% considered a pickup truck. That was down from a record 35% in the second quarter but still up from 28% in last year’s third quarter.

As a result of pickup truck consideration easing some from the second quarter, two trucks dropped off the Top 10 most-shopped vehicles list – the Toyota Tacoma and the Ram 1500.

Commensurate with the fall in overall pickup truck shopping, consideration for Ford and Chevrolet trucks dropped. The Ford F-150, as always, claimed the top spot of most-shopped non-luxury vehicles, and, subsequently, most shopped pickup truck. Its shopping consideration slipped 6%, though sales were up 4% in the quarter. The shopping situation is likely to reverse when the redesigned F-150 launches by year-end. Consideration for Ford’s large trucks – F-250, F-350 and F-450 – declined by 12% but still moved them to third most-shopped trucks.

Chevrolet Silverado maintained its No. 2 spot in the truck category behind F-150 even though it had the steepest decline in shopping consideration, down 31%. The Top 5 list of most-shopped trucks was rounded out by the Toyota Tacoma, which had some of the industry’s lowest inventory in the quarter, and GMC Sierra, also with a low supply.

The fourth quarter typically is strong for trucks with manufacturers promoting truck months. Plus, the pipeline of inventory is expected to be nearing normal by year-end. Shopping consideration for trucks may well rise to close the year.

Car shopping held steady at 35% of all non-luxury new-vehicle shoppers, the same percentage as last quarter but well below the 41% of last year’s third quarter. Traditional car sales are down to about a quarter of total sales.

The Top 5 most-shopped cars stayed the same as they have for many quarters, though the order sometimes changes slightly. In order this quarter, the most-shopped cars were the: Honda Accord; Toyota Camry; Ford Mustang; and Toyota Corolla. The Honda Accord experienced a 10% decline in shopping consideration but still was the only car on the Top 10 most-shopped non-luxury vehicles, ranking at No. 9.

Minivan shopping consideration has long been stuck in neutral with only about 5% of all shoppers in the non-luxury market considering a minivan. The Top 5 list remains roughly the same: Honda Odyssey; Chrysler Pacifica; Toyota Sienna; Dodge Grand Caravan; and Kia Sedona.

Despite the doldrums in the minivan segment, changes are coming. The new Toyota Sienna, offered only as a hybrid and available with all-wheel drive, launches in December. Fiat Chrysler dropped the Dodge Grand Caravan for the 2021 model year. Kia is refreshing the Sedona, called the Carnival in other markets, and is attempting to shed the van image for a few SUV-inspired touches. American buyers will see the 2022 Sedona – Kia is skipping the 2021 model year – sometime in early calendar 2021.

Toyota maintained its long-held position of the most-shopped brand, even eking out a 1 percentage point gain. Of all shoppers of non-luxury vehicles, 36% considered a Toyota in the third quarter.

Despite Toyota sales falling 13% in the quarter a bit more than the overall industry, the brand closed strong with September sales up despite extremely tight inventories.

Toyota consideration was lifted by the redesigned Highlander, up 25% for the largest increase of any model. Shopping for the RAV4 was also higher. Toyota has more upside potential in the fourth quarter as it builds inventory of its popular models, like the Tacoma. Demand for the new Venza crossover is strong, though supplies are low. The Sienna launches by year-end.

Ford was the second most-shopped brand with 31% of shoppers of non-luxury vehicles considering a Ford. Like Toyota, the brand may have upside potential as it launches four new models: the redesigned F-150; the revived Bronco; the Bronco Sport; and the Mustang Mach-E.

The Hyundai brand got a boost in overall shopping consideration, which rose a percentage point to 12% of all non-luxury shoppers, thanks to the popularity of the three-row Palisade SUV.

Affordability slips in importance in a recession

Kelley Blue Book Brand Watch for the third quarter saw minimal movement in the rankings of the 12 factors that are most important to consumers shopping for a non-luxury vehicle. In fact, there’s been little change over the past five years, except that technology has become more important. Since the start of the pandemic, for instance, automakers have expedited air filtration systems.

Interestingly, in the third quarter, Affordability slipped a bit in importance. That seems ironic since we were in the midst of a pandemic-caused recession. However, as Cox Automotive Senior Economist Charlie Chesbrough noted, higher-priced vehicles, including pickup trucks and SUVs, gained most in sales in the third quarter, suggesting buyers with high incomes remain in the market. Weakness was in lower-priced segments, such as compact cars, which suggests the vehicle market is an example of the K-shaped economic recovery, where higher incomes do well, while lower incomes do not.

In terms of brands, Subaru strengthened its safety reputation. Most Subaru models have earned the National Highway Traffic Safety Administration’s 5-Star safety rating. It reinforces that position with its messaging that showcases its safety features in an emotional way. After dealing with some quality issues last year, Subaru regained top rankings in Reputation and Prestige/Sophistication, supported by its exceptional Safety and strong Durability/Reliability ratings.

Mazda returned to the top with Exterior Styling and Driving Performance, but lost its top spot in Affordability to Kia, which normally fares well in an economic downturn, reinforced by its value and assurance programs. 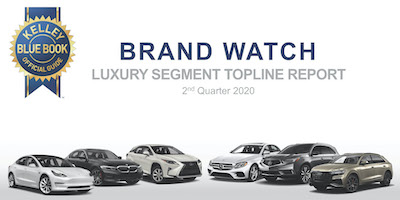