Wholesale used-vehicle prices (on a mix-, mileage-, and seasonally adjusted basis) decreased 1.10% month over month in March. This brought the Manheim Used Vehicle Value Index to 141.9, a 4.4% increase from a year ago. 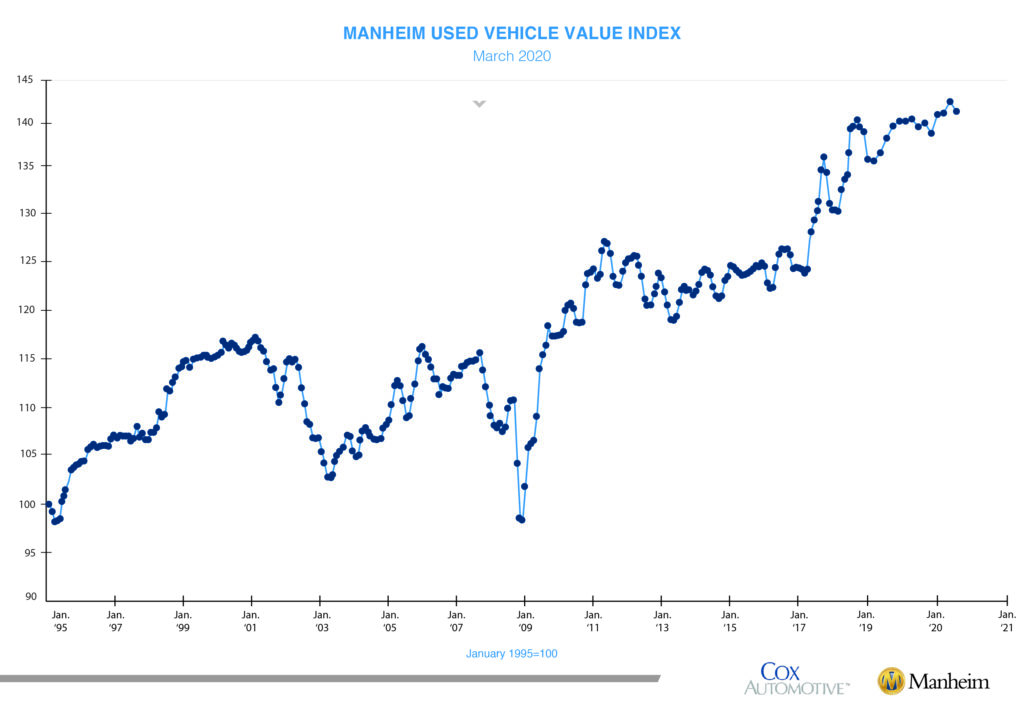 After a start of increases in weekly Manheim Market Report (MMR) prices at the end of February, March saw the full-fledged start of tax refund season, which delivered the biggest weekly price increases since 2014. However, that all began to change as the month progressed. Three-year-old vehicle values in aggregate were up 1.7% after the first two weeks but began to decline and ended up 1% for the month. The worst-performing model year in March since the downturn began was MY 2019.

It should be noted that, given the unprecedented downturn in sales and market disruption that the industry is experiencing because of the COVID-19 pandemic, the decline we have observed thus far in MMR values at the vehicle level and at all aggregation levels does not fully reflect the declines occurring in the relatively limited number of sales transactions taking place. 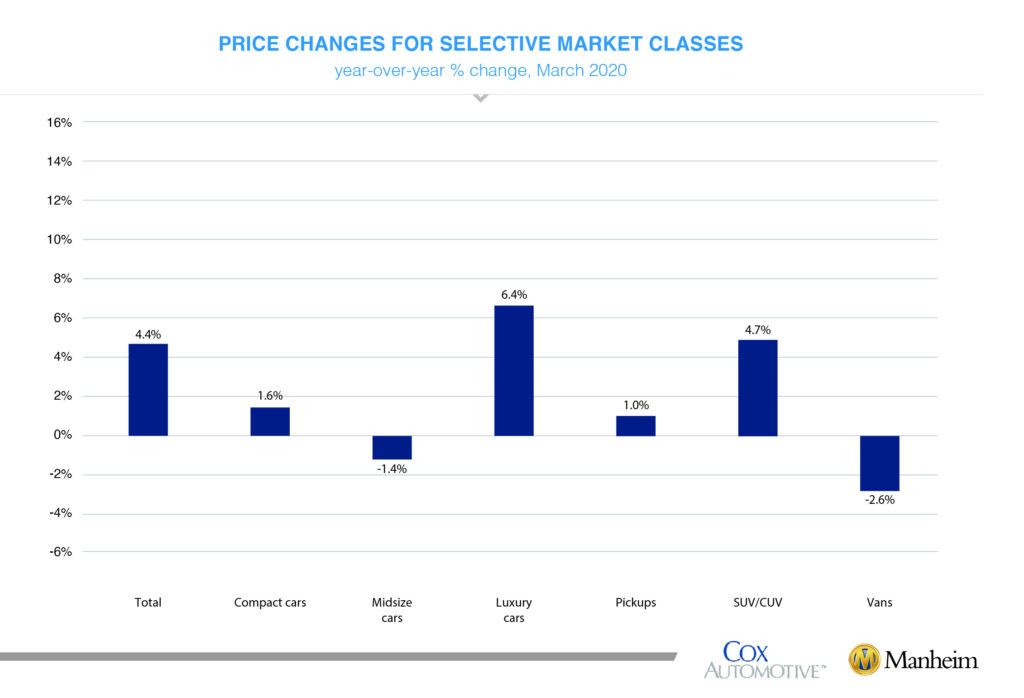 Negative retail results for vehicle sales year-over-year. According to Cox Automotive estimates, total used-vehicle sales volume was down 18.4% year-over-year in March. We estimate the March used SAAR to be 32.0 million, down from 39.2 million last March and down from February’s 39.8 million rate. The March used retail SAAR estimate is 17.3 million, down from 20.6 million last year and down month over month from February’s 21.2 million rate.

March total new-vehicle sales were down 37.9% year over year, with two fewer selling days compared to March 2019. The March SAAR came in at 11.4 million, a decrease from last year’s 17.3 million and down from February’s 16.7 million rate.

Coronavirus uncertainty amid declining conditions. National initial jobless claims jumped to 6.6 million for the week ending March 28. This was double the prior week’s record volume of 3.3 million. We will likely see a few more weeks of large new claims numbers, and we could see unemployment reach 10%–16% as a result. The U.S. lost more jobs in the last two full weeks of March than we did for the entire duration of the Great Recession. The extent of business closures, declining consumer confidence, and job and income losses point to the U.S. and most of the world heading into a recession quickly. The economic contraction in March and Q2 could be worse than at any point since WWII. The range of likely GDP real contraction for Q2 is from -10% to -18%.

The market and underlying economic conditions deteriorated rapidly in the second half of March; but because of the strong start of the month, the Manheim Index lost only 1.1% of its value. The decline in April is likely to be much more severe. 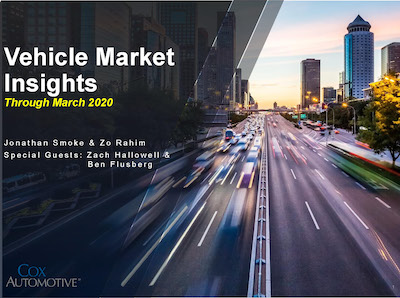