A look at year-to-date new car prospect traffic on Autotrader.com compared to the same period last year shows the top five growth segments (among 17 mainstream segments) in share of overall traffic are all small to midsize SUVs and trucks. It’s no surprise given the general rise in popularity of SUVs and trucks, and as shopper interest continues to be strong, these segments inevitably expand as OEMs bring new offerings to the marketplace.

Over the last 18 months, 20 new entries have appeared across these top five growth segments, with 14 of them just in the last year.  As these new options spark interest, attracting shopper attention becomes more challenging for established models, as evidenced by the segment traffic growth attributed to fresh entries. 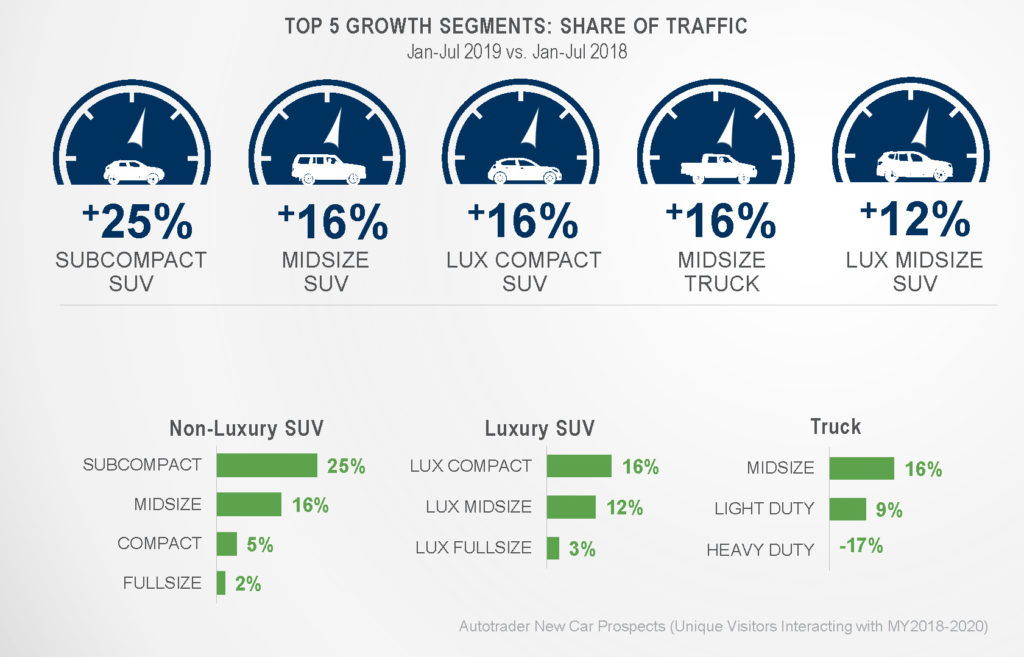 While the five noted segments demonstrate the most substantial share growth, all SUV and truck segments have experienced year-over-year gains, with the exception of heavy duty trucks, which took a dip starting last June when housing starts declined by double digits. However, traffic for the segment increased recently (in July) to its highest level since May 2018, despite a second month of mild decline in housing starts, according to Autotrader new car prospects data.

Download the full report below to find out more about which new entries fuel shopper interest and competition. 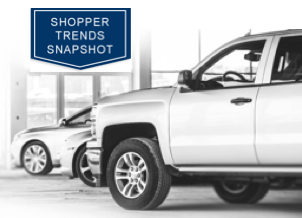