Investors wonder if record second-quarter deliveries reported by Tesla will result in a profit when the electric-car maker reports financials July 24.

After a big drop in sales to start the year, Tesla reported it delivered a record 92,500 vehicles in the second quarter, surpassing the previous record set in Q4 2018. Those deliveries include Tesla’s biggest market, the U.S., as well as China and Europe.

The strength is coming from the newest and least expensive Tesla, the Model 3.

In the U.S., Tesla has been one of the industry’s biggest gainers in terms of percentage of sales increase. Kelley Blue Book data puts Tesla’s Q2 sales at 51,900 vehicles, almost double from the year-before quarter for its highest level yet. The higher sales boosted Tesla’s market share to 1.2% of the total market, up .6 percentage point. 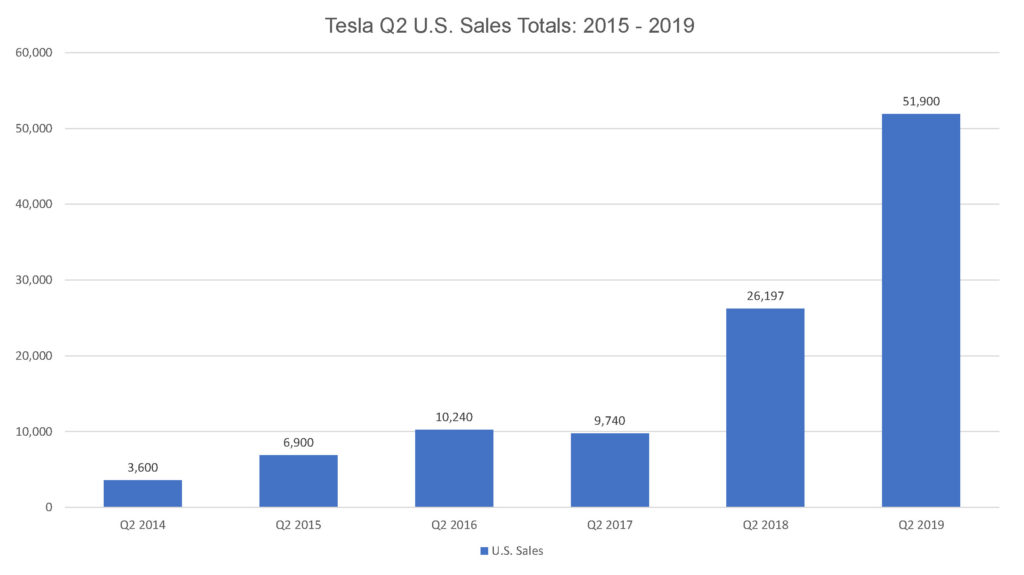 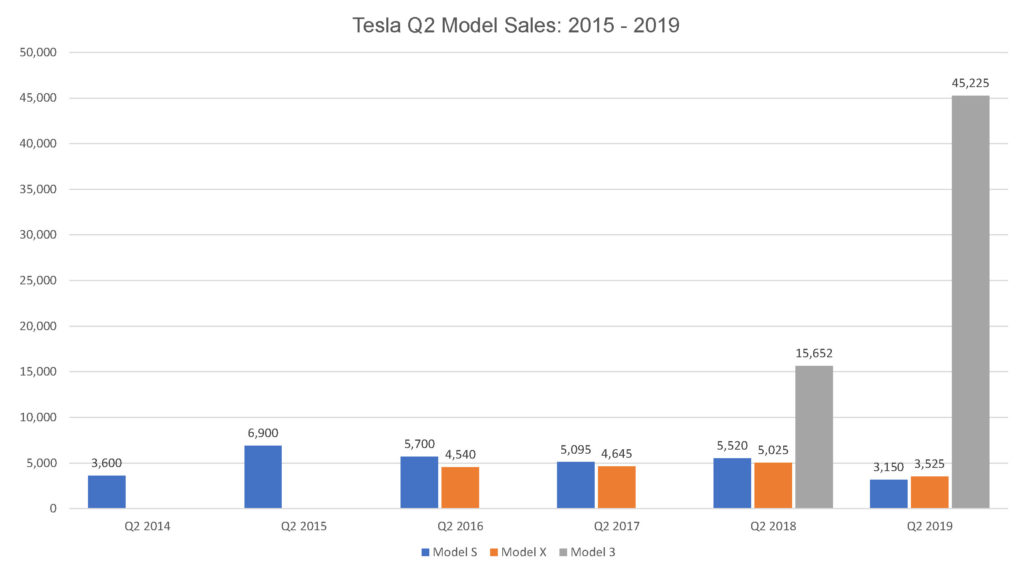 The consensus of Wall Street analysts is for a Tesla loss but a significantly narrower one than in Q2 2018 on substantially higher revenues. Tesla bulls are optimistic the company can continue to set new delivery records, to hit its annual target for the year, thanks to global demand to offset any North American weakness. Tesla bears believe the Q2 delivery record paints an overly optimistic demand picture, especially since the U.S. federal tax credit dropped from $3,750 per vehicle to $1,875 after June 30. Tesla offset that tax credit loss by adjusting prices, another data point that Tesla bears suggest is a negative.