Mexico is arguably the most important U.S. trading partner for the automotive market, both for fully-assembled vehicles and, even more importantly, for parts that go into vehicles assembled in the U.S. 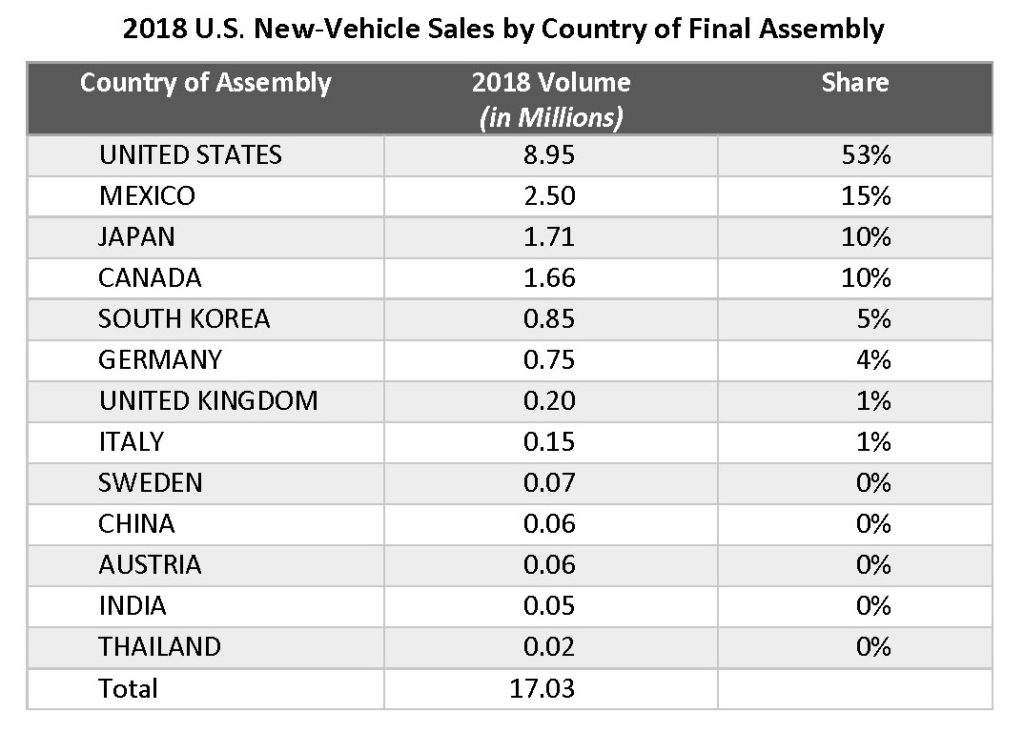 What is uniquely challenging about a disruption in the free flow of goods across the U.S.-Mexico border is how heavily American-based manufacturers depend on Mexico for final assembly. There is no Mexican make sold in the U.S. The majority of vehicles assembled in Mexico come from American brands. In 2018, Mexico assembled 2.5 million vehicles that were sold in the U.S. Of those “Mexican vehicles” sold in the U.S., 57% were domestic makes. Two of these “domestic” makes – General Motors’ GMC brand and Fiat Chrysler’s Ram brand – see about 40% of their U.S. sales coming from vehicles actually assembled in Mexico. 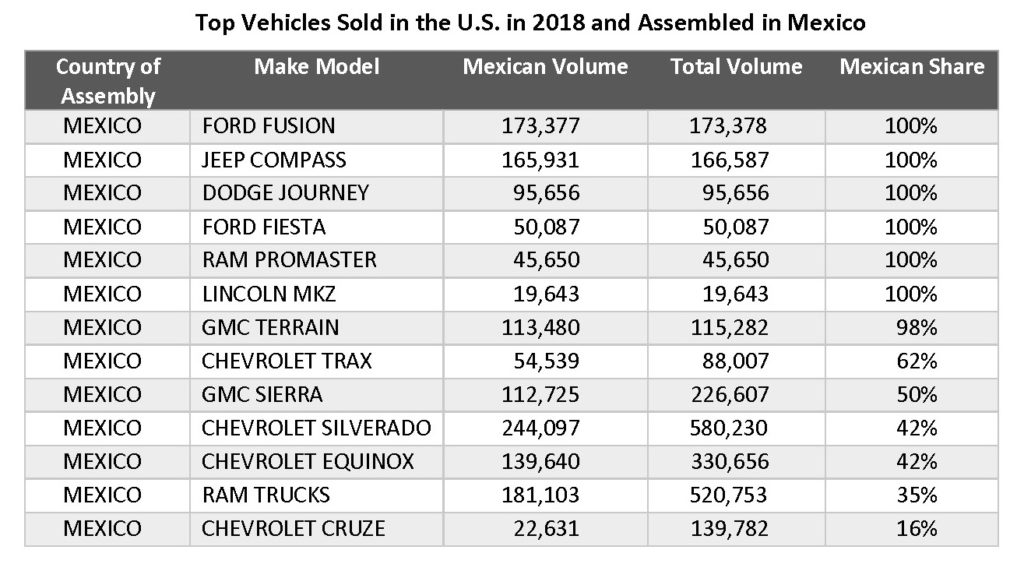 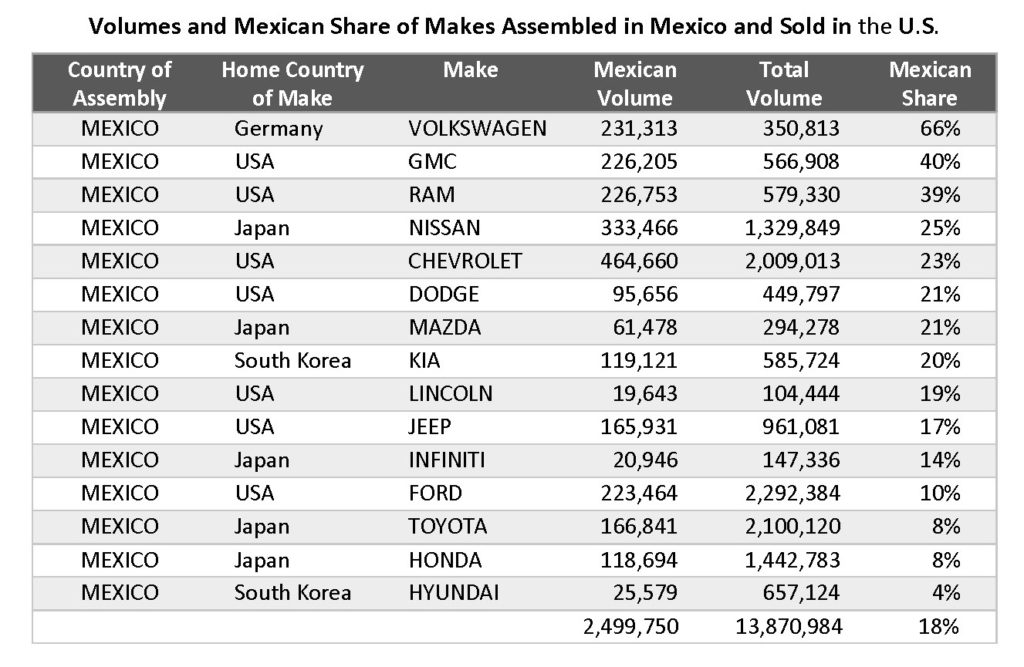 By placing a new tariff on the flow of vehicles and parts from Mexico to the U.S., we are taxing American consumers on some of the most popular vehicles sold in the U.S., like the Chevrolet Silverado and Equinox, Ram trucks, GMC Sierra and Terrain, Jeep Compass and Dodge Journey.

For more details, read my opinion piece published on April 9 in The Hill.