UPDATED, Feb. 14, 2020 – Toyota reported a solid quarter. Its overall operating profit and revenues slipped, but its operating profit in North America increased fivefold. Toyota raised its outlook for the fiscal year that closes at the end of March.

Toyota Motor Corp. reports earnings on Thursday, Feb. 6, for the quarter ended Dec. 31, 2019. In the quarter, which is the Japanese automaker’s third quarter as its fiscal year closes at the end of March, Toyota brand U.S. sales were roughly flat while incentives and average transaction prices were up, according to Cox Automotive. [The October-December quarter is referenced as Q3 in the charts below.] 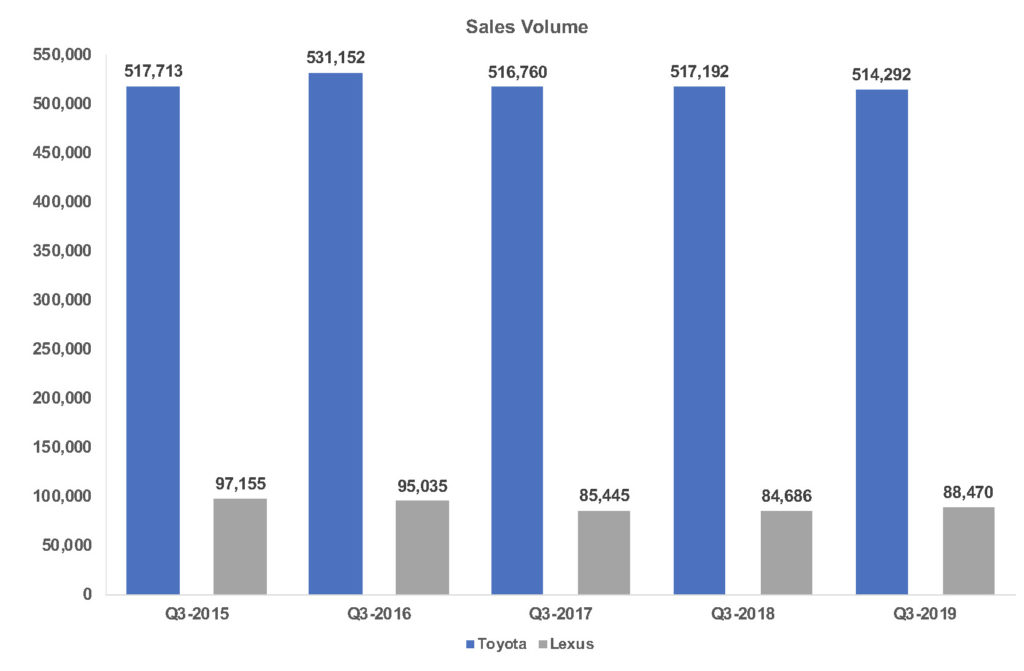 In the U.S., one of the automaker’s largest markets, Toyota Motor saw Toyota brand sales drop almost 1% and Lexus brand sales rise over 4%, compared with the same quarter a year ago. Still, Toyota Motor’s market share edged higher to 14.28% from 13.99%. In line with the rest of the U.S. auto industry, Toyota and Lexus car sales were mostly down, while SUV sales were mostly higher.

Sales of the Toyota Corolla, which got a makeover in 2019, rose. Likewise, the revamped Toyota RAV4 had higher sales, driven by the hot hybrid version. Toyota Highlander sales were down, but a new one just went into production along with a hybrid version.

Toyota is not riding the wave of pickup truck popularity. Both Tundra and Tacoma sales were down in the quarter, while pickup truck share of the total new-vehicle market soared to new heights. The Tacoma remains No. 1 in the small pickup truck market, but it has gained new competitors with the Ford Ranger and Jeep Gladiator. The Tundra undergoes a redesign this year.

The rise in Lexus brand sales reflected the luxury market outperforming the non-luxury market overall in 2019. The Lexus RX, which was the first compact luxury SUV introduced and continues to dominate the segment, had a nearly 9% sales hike. The RX had nearly 35,000 sales in the quarter, the highest level for any October-to-December quarter in the past five years. 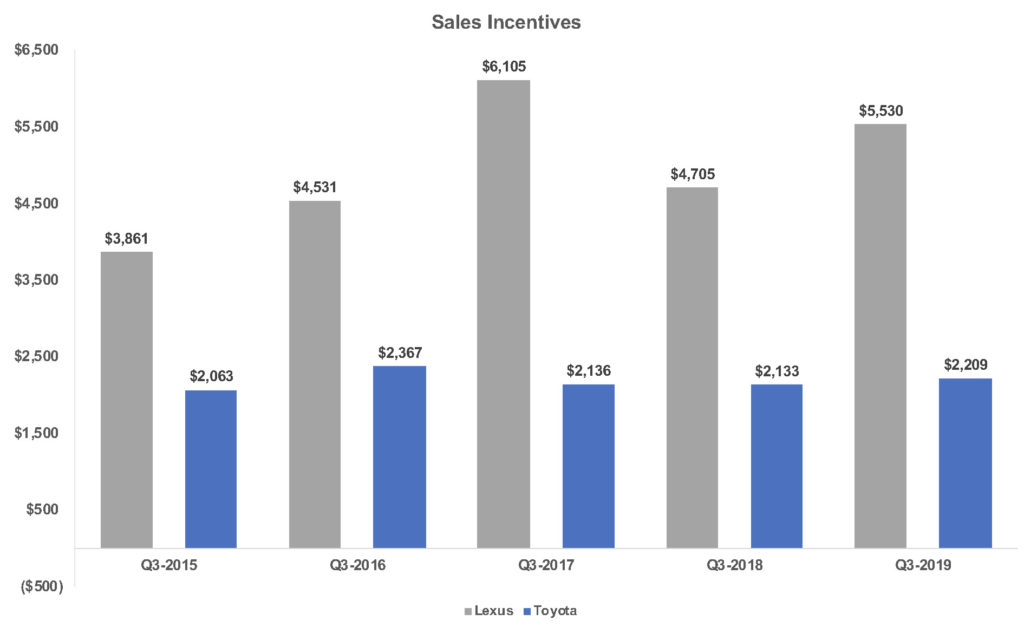 Overall, on a corporate level, Toyota Motor saw incentives increase by 8% last quarter to an average of $2,697 per vehicle, roughly on par with some of its high levels over the past five years, but still comparatively low in the industry, according to Kelley Blue Book. 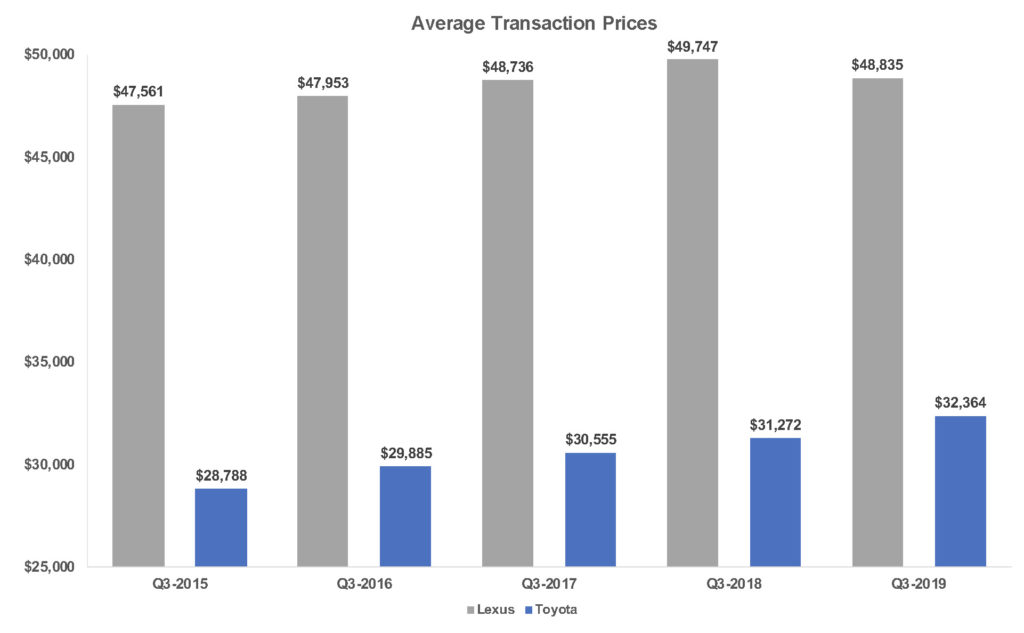