The top 10 new luxury and non-luxury retail models registered in the first half of this year show a clear consumer focus on utility vehicles and pickup trucks.

Of the top 10 luxury and top 10 non-luxury vehicles sold at retail and registered through end of June, were sport-utility vehicles, three were pickup trucks and six were traditional cars, according to Cox Automotive’s analysis of IHS registration data.

Pickups have posted a strong sales performance this year. Among the new, non-luxury retail vehicles registered in the first half, Ford F-Series, Ram Pickup and Chevrolet Silverado, respectively, took the top three sports by a wide margin. 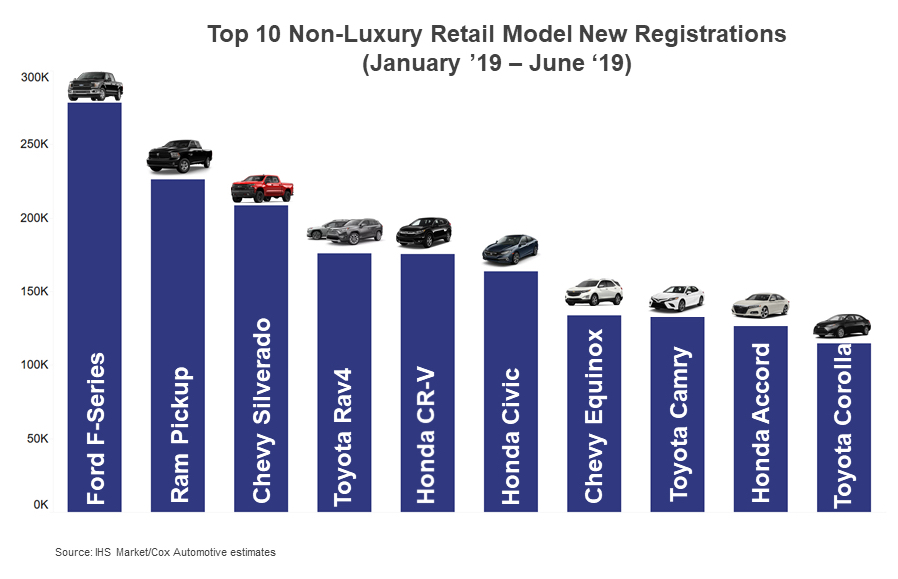 Trucks are surging, in part, due to business depreciation benefits available under 2018’s tax reform. In addition, the Ram and Silverado were recently redesigned with more comfort, function and technology, appealing to buyers for both business and personal use.

Rounding out the top 10 of first-half registered non-luxury vehicles were two compact SUVs – the Toyota RAV4 (now Toyota’s best-selling vehicle) and the Honda CRV – and four cars also from Honda and Toyota – the Honda Civic and Accord and Toyota Corolla and Camry. While other automakers, including Chevrolet, Ford and Fiat Chrysler have abandoned or vastly scaled back their car models, Toyota and Honda have stuck with them. In fact, Toyota and Honda nameplates dominated the top 10 list.

Among the top 10 new, retail luxury vehicle registrations, the Tesla Model 3 sedan took first place with more than 70,000 registrations through end of June. The gap between the Model 3 and the rest was wide. Additionally, the Model 3 was the only electric vehicle among any of the top 20 luxury and non-luxury vehicles registered as retail in the first half. 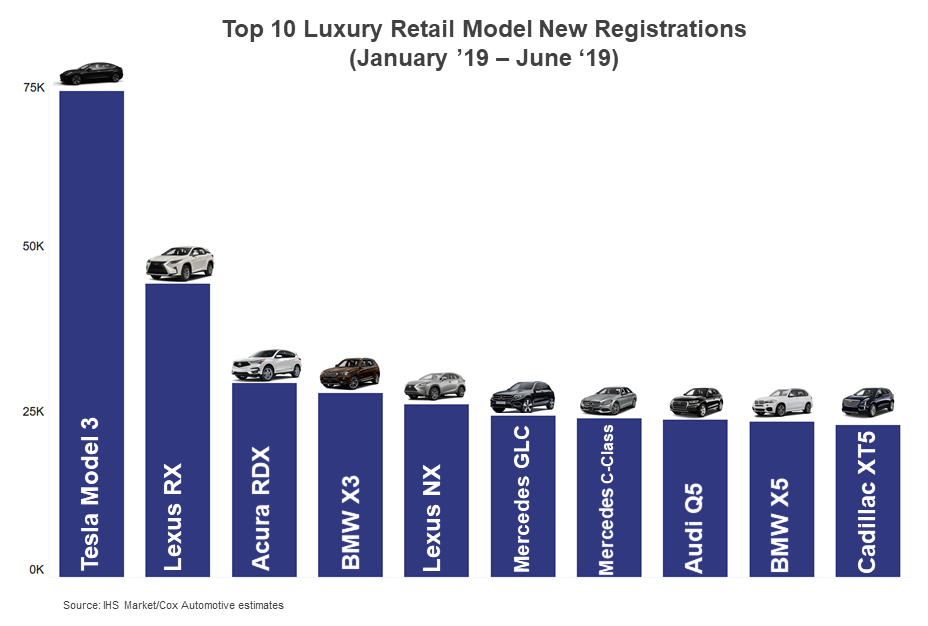 The Mercedes-Benz C-Class was the only other car on the top 10 luxury list. The rest were sport utilities from a variety of luxury automakers.