Wholesale used vehicle prices (on a mix-, mileage-, and seasonally adjusted basis) decreased 0.98% month-over-month in November. This brought the Manheim Used Vehicle Value Index to 138.9, a 0.1% decrease from a year ago, and the second consecutive year-over-year decline for the Index. 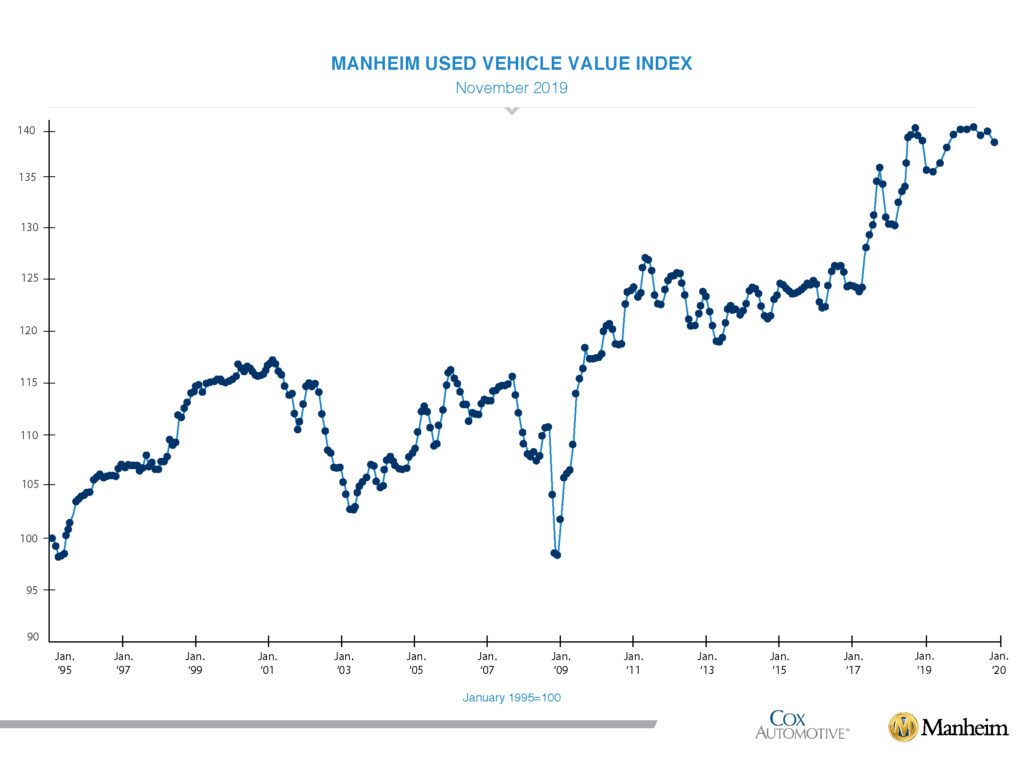 The accelerating declining trend in weekly Manheim Market Report (MMR) prices that started in September peaked in October and started November still at an above average pace.  However, by the last week in November, price declines normalized and even saw gains for a few segments. Three-year-old vehicle values in aggregate were down 1.6% for the month. As a result of the higher depreciation pattern from September through mid-November, prices in aggregate relative to the beginning of the year continue to be lower than either of the last two years. 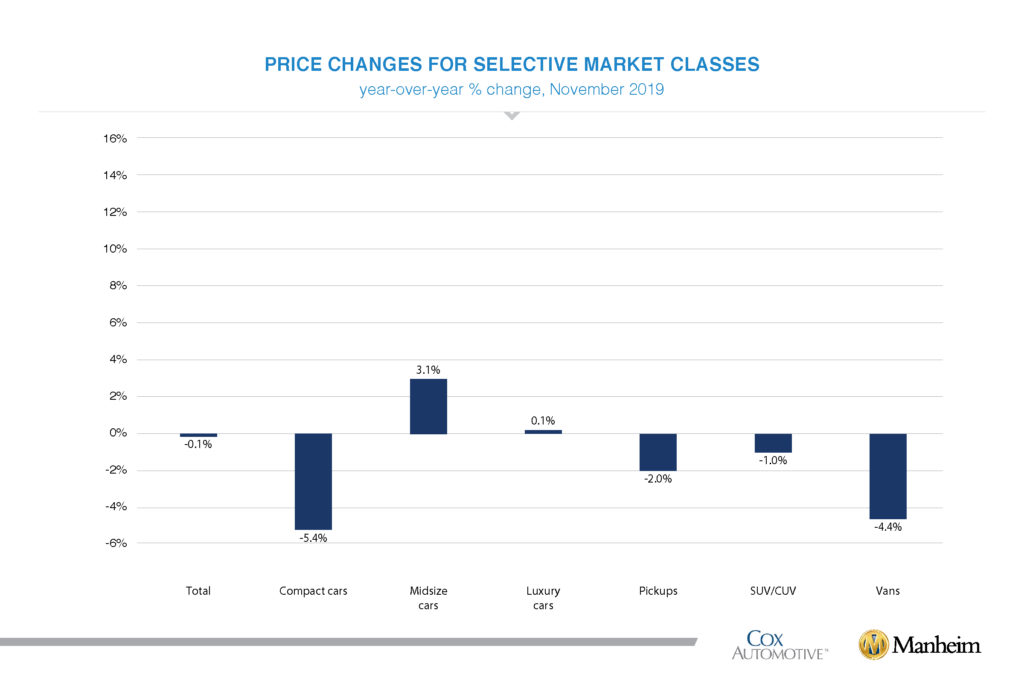 On a year-over-year basis, most major market segments saw seasonally adjusted price declines in November. Midsize cars and luxury cars outperformed the overall market, while most other major segments underperformed the overall market. Last year remains a tough comparison for prices as we came off a record in the Manheim Index because of abnormally strong consumer demand in the fall related to tariff fears and rising interest rates.

Mixed retail results for vehicle sales year-over-year. According to Cox Automotive estimates, total used vehicle sales volume was down 2.7% year-over-year in November. We estimate the November used SAAR to be 39.7 million, down from 40.8 million last November and up from October’s 39.6 million rate. The November used retail SAAR estimate is 19.3 million, down from 19.4 million last year and down month-over-month from October’s 20.6 million rate.

November total new vehicle sales were up 2.1% year-over-year, with one more selling day compared to November 2018. The November SAAR came in at 17.1 million, a decline from last year’s 17.4 million but up from October’s 16.5 million rate. The decline in sales represented by sedans continues as car share in November was 26%.

Strong fleet sales have supported the new vehicle market this year, but growth is slowing down. Combined rental, commercial, and government purchases of new vehicles were down 9.3% year-over-year in November. Retail sales of new vehicles were up 4.1% in November, leading to a retail SAAR of 14.9 million, up from 14.8 million last November and the strongest retail SAAR of 2019. Fleet sales are up 3.2% in 2019 through November, and retail sales are down 1.7%, as the overall new vehicle market is down 0.9% this year.

New vehicle inventories came in under 4 million units for the seventh consecutive month.