Wholesale used-vehicle prices (on a mix-, mileage-, and seasonally adjusted basis) decreased 0.11 percent month-over-month in February. This brought the Manheim Used Vehicle Value Index to 135.2, a 3.2 percent increase from a year ago. 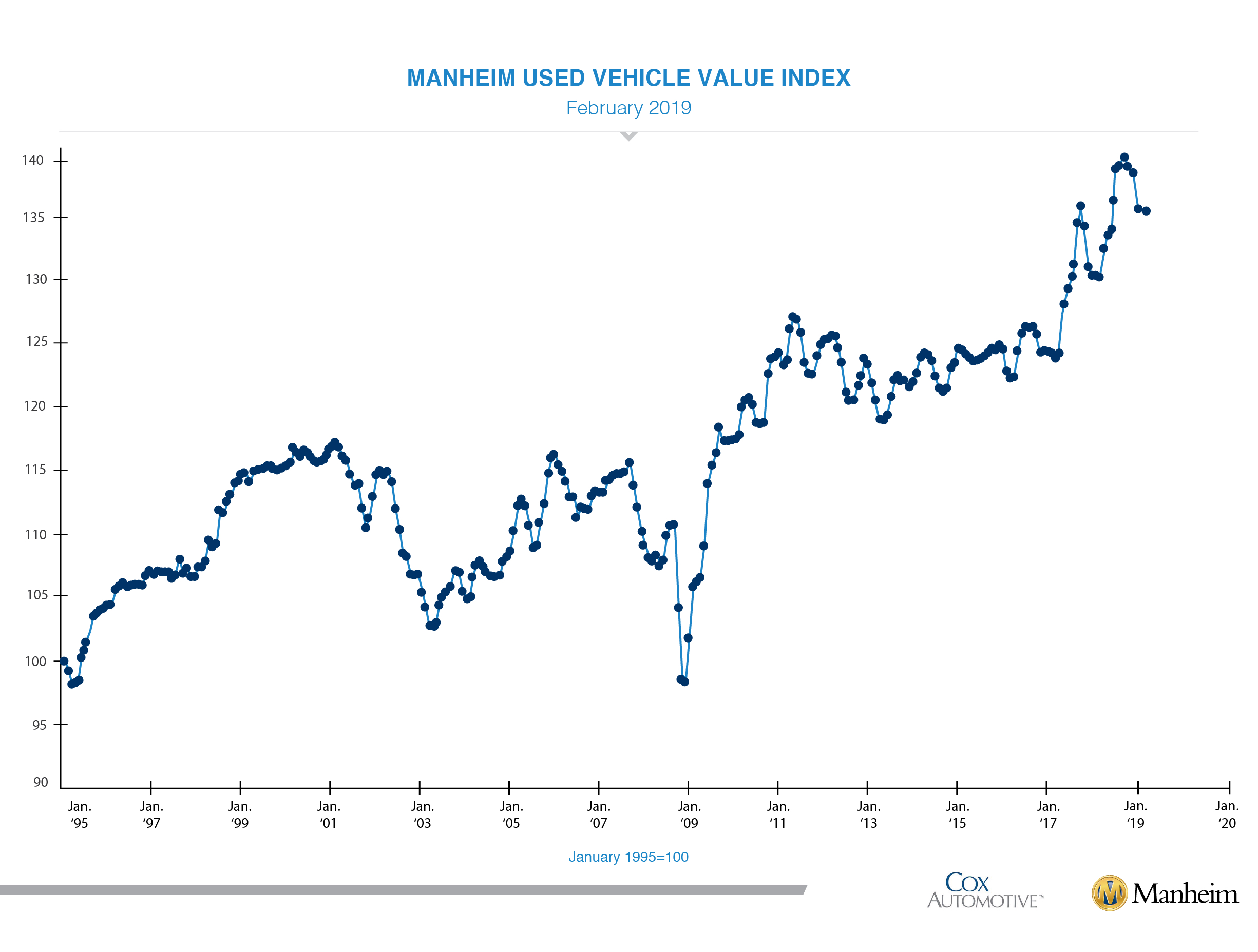 Looking at trends in weekly Manheim Market Report (MMR) prices, February saw continued price depreciation similar to what we saw in January and at the end of last year but by the end of February prices started to stabilize. Three-year-old vehicle values in aggregate depreciated at a faster pace than normal adding to the weak start of the year, but the most recent week points to stronger prices in March. 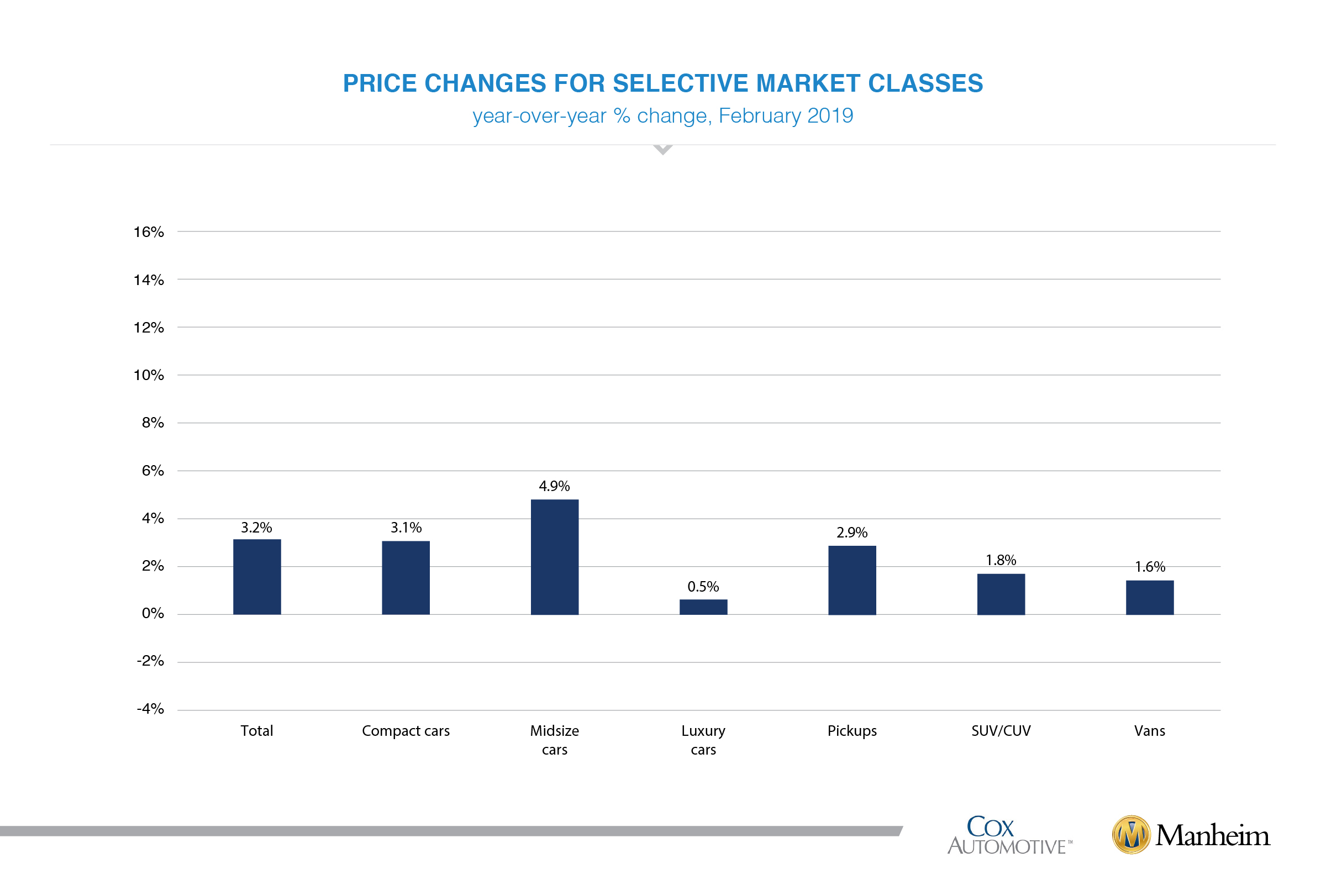 Mixed retail results for vehicle sales in February. According to Cox Automotive estimates, used-vehicle sales volume was up 2 percent year-over-year in February. We estimate the February used SAAR to be 39.4 million, up from 38.6 million last February and up from January’s weaker 38.8 million rate.

Unlike the used market, the new-vehicle market showed no signs of improvement in February over January. February new-vehicle sales were down 2.4 percent year-over-year, with the same number of selling days compared to February 2018. The February SAAR came in at 16.5 million, down versus last year’s 16.9 million. Cars continue to see declines, as sales in February fell 10.6 percent compared to last year. Light trucks outperformed cars in February, finishing the month up 1.6 percent year-over-year.

New-inventories came in above 4 million units for the first time in 10 months.

Slowing economic growth but rebounding confidence. The fourth quarter’s real GDP growth rate was first estimated at 2.6 percent, which was stronger than the consensus expectation of 2.2 percent. A key reason for the better-than-expected growth was an increase in inventories as worries about trade pushed manufacturers and retailers to boost orders. Consumer spending slowed to 2.8 percent, down from last year and Q3. Consumer Confidence rebounded in February from the declines in December and January brought on by the government shutdown. The overall index increased to 131.4 from 121.7.