Wholesale used vehicle prices (on a mix-, mileage-, and seasonally adjusted basis) increased 1.54% month over month in December. This brought the Manheim Used Vehicle Value Index to 141.1, a 2.5% increase from a year ago. 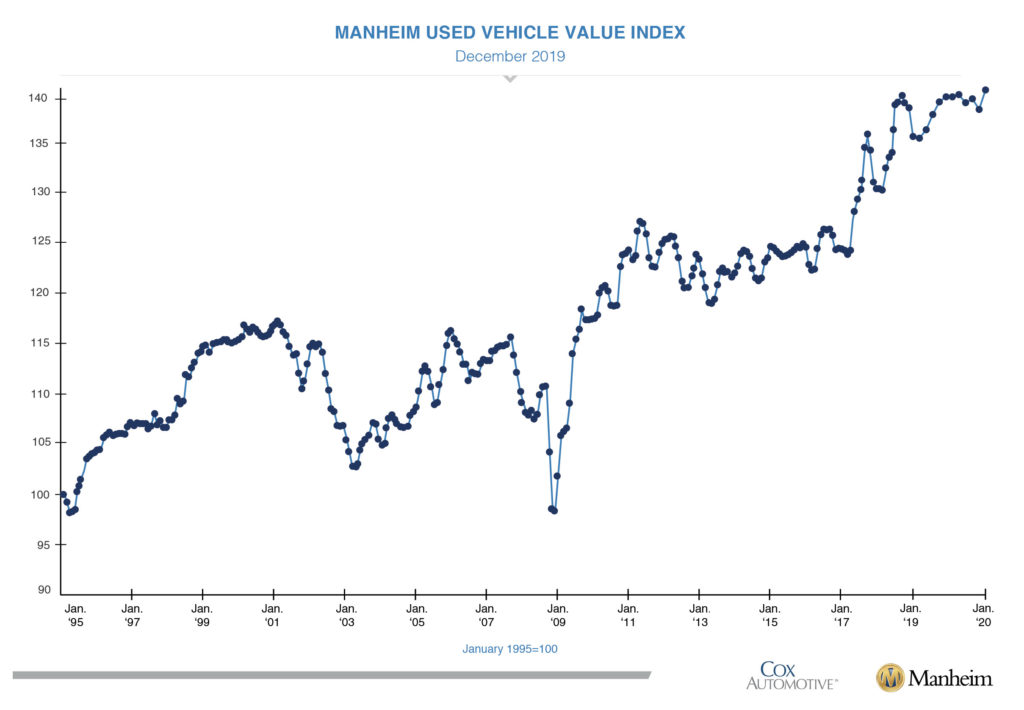 Following a normalizing trend in weekly Manheim Market Report (MMR) prices at the end of November, December saw stability and even gains in many segments. Three-year-old vehicle values in aggregate were up 0.1% for the month. As a result of the stabilization at year-end, prices in aggregate ended 2019 at a historically more normal level of 90% relative to the value at the beginning of the year but well below the performance experienced in either of the last two years. 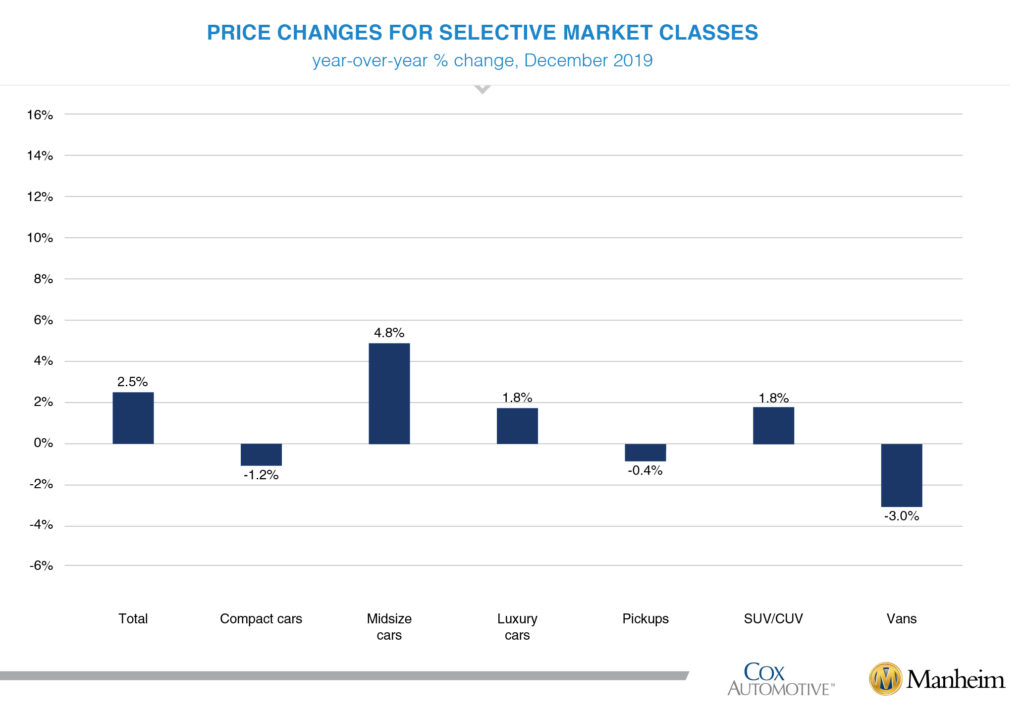 Mixed retail results for vehicle sales year over year. According to Cox Automotive estimates, total used vehicle sales volume was flat year over year in December. We estimate the December used SAAR to be 40.0 million, on par with 40.0 million last December and up from November’s 39.7 million rate. The December used retail SAAR estimate is 20.1 million, up from 19.6 million last year and up month over month from November’s 19.3 million rate.

December total new-vehicle sales were down 6.3% year over year, with one less selling day compared to December 2018. The December SAAR came in at 16.7 million, a decline from last year’s 17.4 million and down from November’s 17.1 million rate. New light vehicle sales in 2019 decreased 1.4% versus the prior year to 16.97 million vehicles, ending the streak of more than 17 million annual new-vehicle sales that started in 2015.

New-vehicle inventories came in under 4 million units for the eighth consecutive month.

For additional details, read the press release or listen to the quarterly call replay. 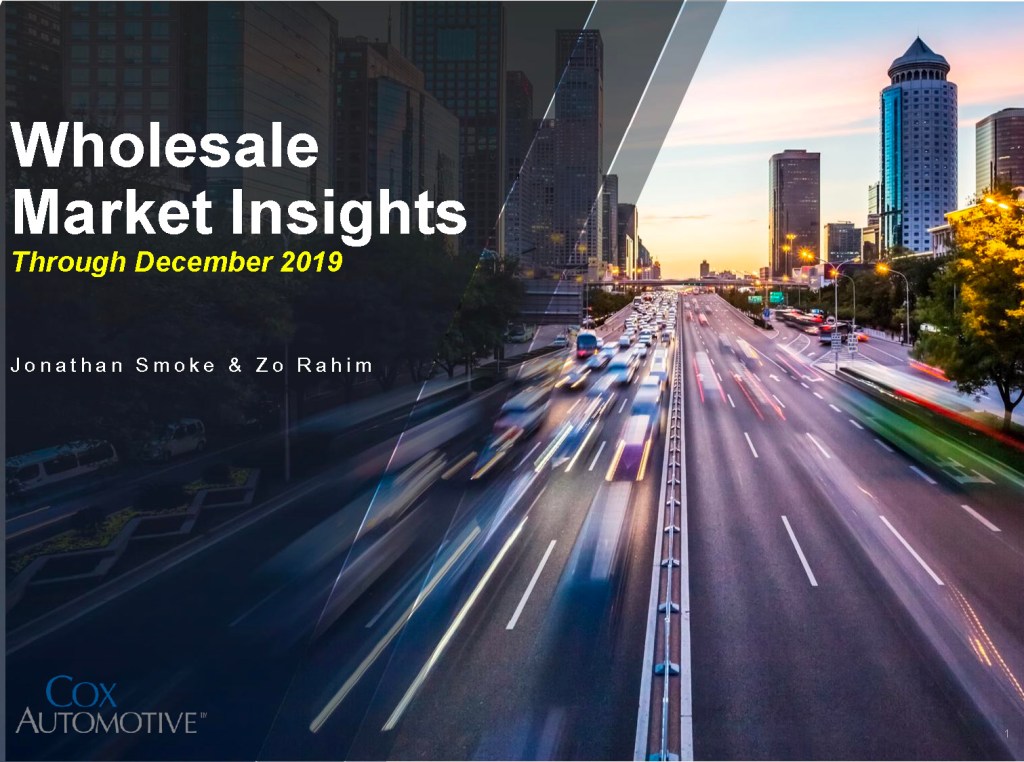