Wholesale used vehicle prices (on a mix-, mileage-, and seasonally adjusted basis) increased 0.58% month-over-month in March. This brought the Manheim Used Vehicle Value Index to 136.0, a 4.0% increase from a year ago. 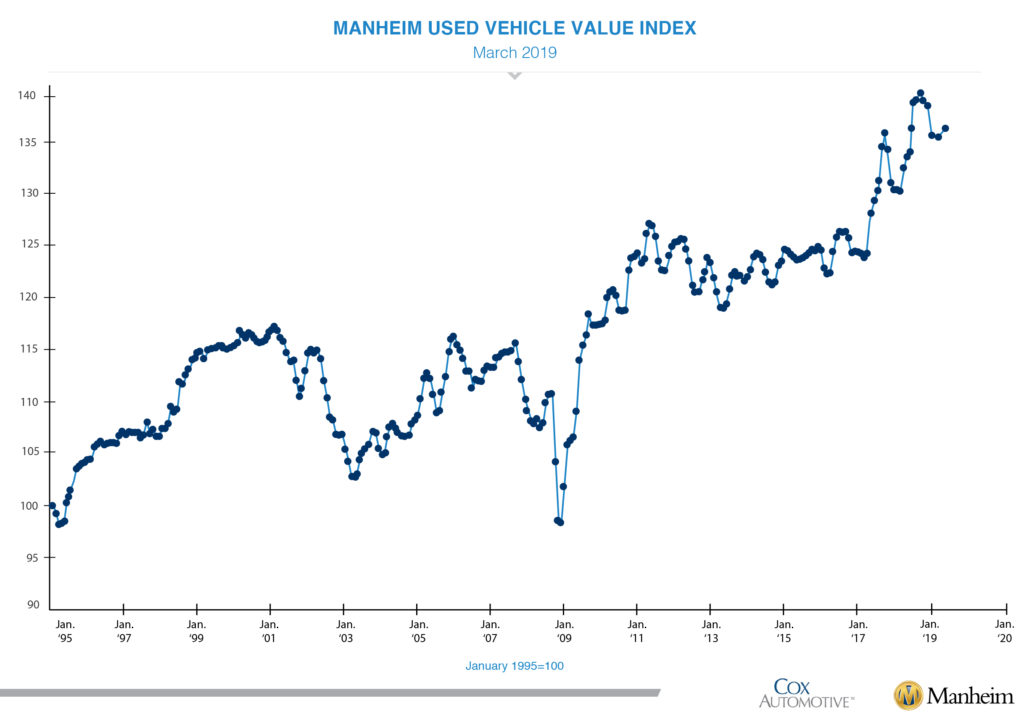 Looking at trends in weekly Manheim Market Report (MMR) prices, March saw the traditional spring bounce in values, particularly in non-luxury vehicles. Three-year-old vehicle values in aggregate saw four straight weeks of price gains that erased most of the price declines in January and February. The pattern is likely to continue for two to three more weeks, leading to higher prices relative to the start of the year. 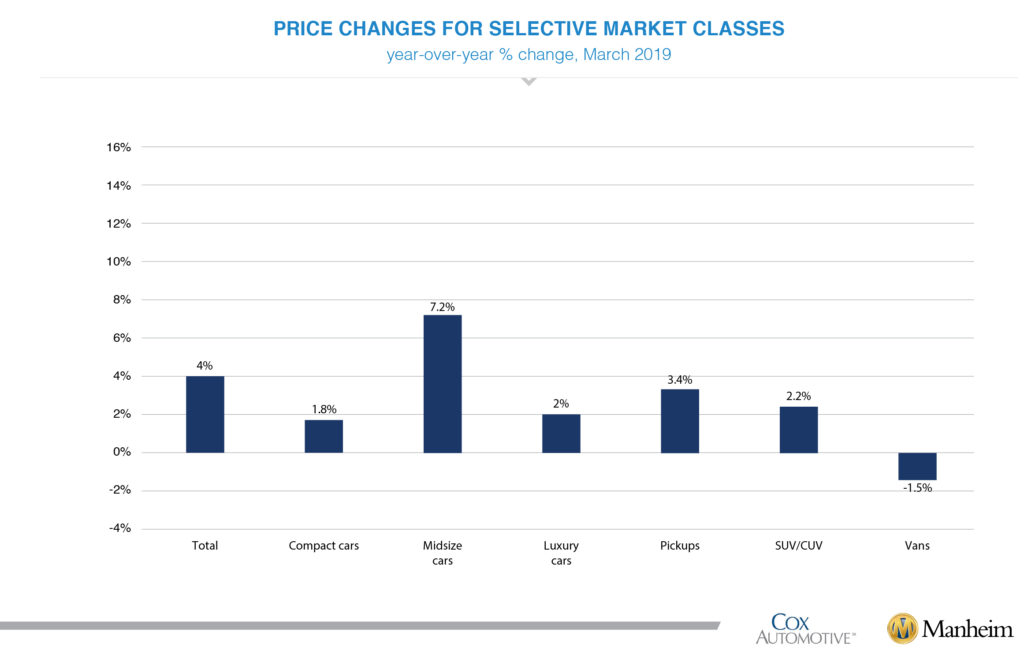 Weak retail results for vehicle sales in March. According to Cox Automotive estimates, used vehicle sales volume was down 1.7% year-over-year in March. We estimate the March used SAAR to be 39.0 million, down from 39.7 million last March and down from February’s 39.4 million rate.

Like the used market, the new vehicle market showed weakness in March. March new vehicle sales were down 2.2% year-over-year, with one less selling day compared to March 2018. However, the March SAAR came in at 17.5 million, improving versus last year’s 17.2 million. Cars continue to see declines, as sales in March fell 7.9% compared to last year. Light trucks outperformed cars in March, finishing the month up 0.6% year-over-year.

New vehicle inventories came in above 4 million units for the second consecutive month.

Slowing economic growth and declining confidence. The fourth quarter’s real GDP growth rate was revised down to 2.2% from the originally estimated 2.6%. Downward revisions were caused by lower consumer spending, lower fixed investment, and lower government spending compared to what was initially reported. Consumer Confidence in March declined 6% and is now lower than last year. However, plans to purchase a vehicle in the next six months jumped in March. Plans to purchase had been on a multi-month slide consistent with declining confidence and sales. 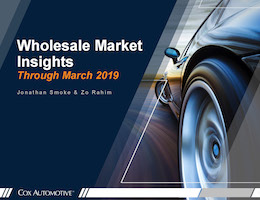