Wholesale used-vehicle prices (on a mix-, mileage-, and seasonally adjusted basis) increased 0.39% month over month in January. This brought the Manheim Used Vehicle Value Index to 141.6, a 4.6% increase from a year ago, setting a record high for the Index. 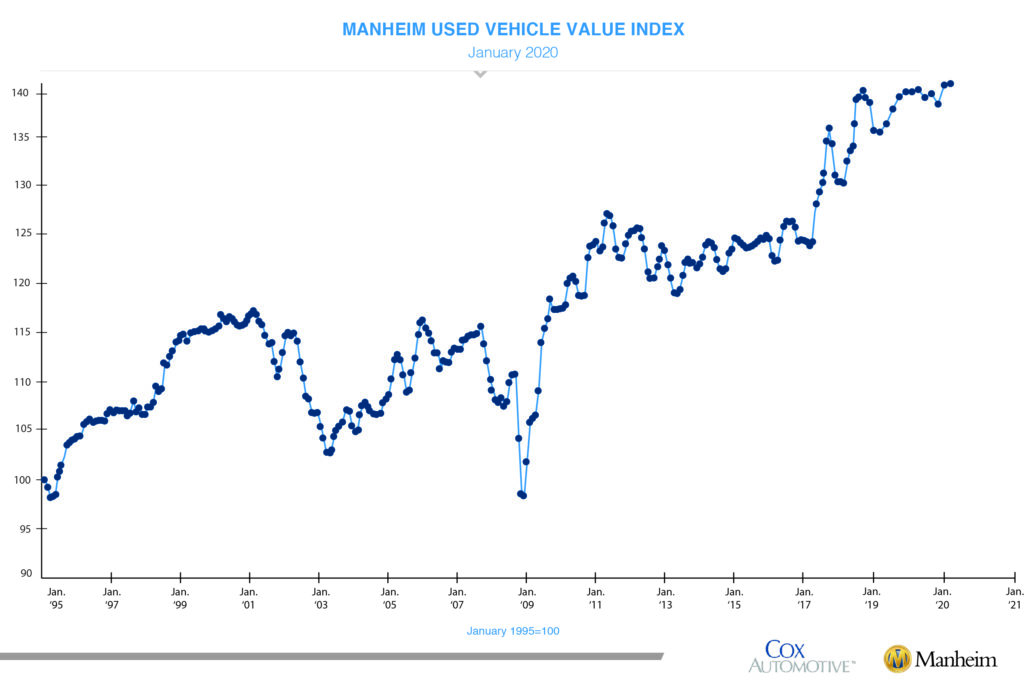 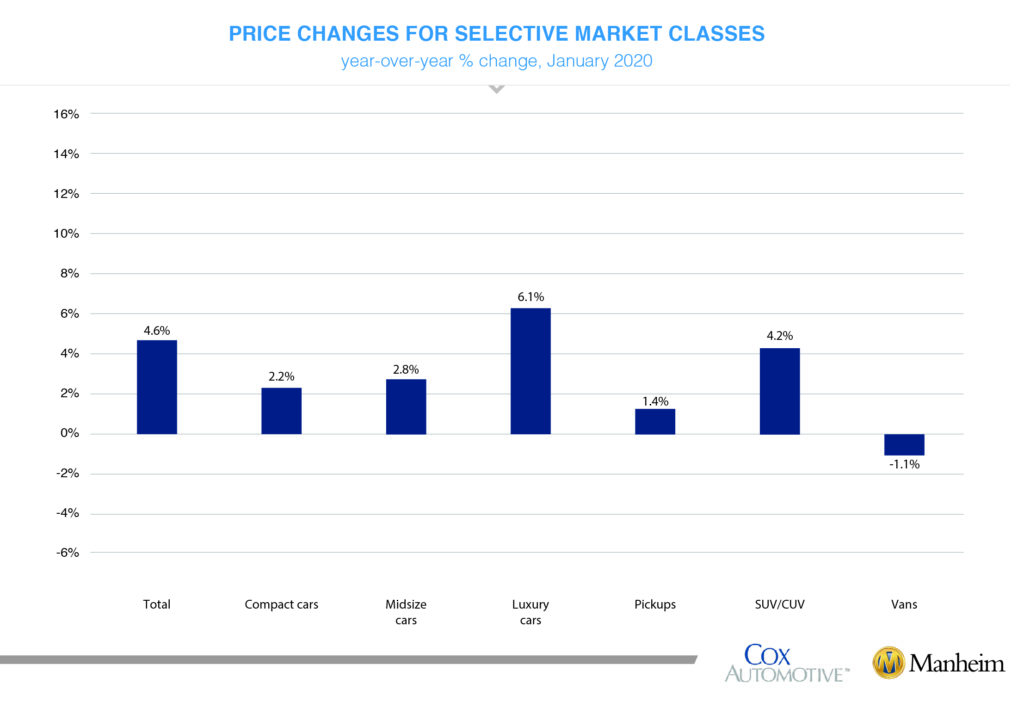 Positive retail results for vehicle sales year over year. According to Cox Automotive estimates, total used-vehicle sales volume was up 2.8% year over year in January. We estimate the January used SAAR to be 39.5 million, up from 38.8 million last January but down from December’s 40.0 million rate. The January used retail SAAR estimate is 20.7 million, up from 19.8 million last year and up month-over-month from December’s 20.1 million rate.

January total new-vehicle sales were down 0.2% year over year, with the same number of selling days compared to January 2019. The January SAAR came in at 16.8 million, an increase from last year’s 16.7 million and up from December’s 16.7 million rate.

Improved consumer confidence amid mixed conditions. The U.S. economy experienced an estimated 2.1% real GDP growth in the final quarter of 2019. The growth rate was the same as Q3 and slightly better than consensus estimates. Personal consumption growth slowed to 1.8% from 3.2% in Q3, which was down from 4.6% in Q2. The consumer contribution to growth is slipping. Consumers spent on durable goods, which saw a 2.1% increase in Q4 but down substantially from 8.1% in Q3 and 13% in Q2. Consumer confidence, as measured by the Conference Board, increased 2.1% in January after remaining flat for the prior three months. December’s confidence index was also revised up. The better end to 2019 with the revision and the strong start to January were related to the Phase 1 Trade Deal with China. The January survey was conducted prior to the news breaking about the Wuhan coronavirus.