ATLANTA (July 8, 2020) – Wholesale used vehicle prices (on a mix-, mileage-, and seasonally adjusted basis) increased 8.95% month over month in June. This brought the Manheim Used Vehicle Value Index to 149.3, a 6.3% increase from a year ago and a new record-high for the Index.

Manheim Market Report (MMR) prices improved over the four full weeks of June, resulting in a 7.1% cumulative increase on the Three-Year-Old Index. MMR Retention, which is the average difference in price relative to current MMR, was greater than 100% every day in June and averaged 102.4% for the month. The MMR Retention trend reflected that vehicles were selling above current MMR values and was a continuation of the price trends in May and a reversal of what happened in late March and April.

“We have enjoyed a dramatic and rapid recovery in the auto market,” said Jonathan Smoke, chief economist, Cox Automotive. “However, the next three to six months could see some reversing trends as COVID-19 case growth threatens to stall the job recovery, credit conditions could deteriorate rapidly with the expiration of stimulus benefits, and additional waves of supply will hit the used vehicle market later this summer when demand is usually softer.”

According to Cox Automotive estimates, total used-vehicle sales volume was down 12% year over year in June. The June used seasonally adjusted annual rate (SAAR) is estimated at 36.0 million, down from 39.8 million last June but up from May’s 32.0 million rate. The June used retail SAAR estimate is 18.9 million, down from 21.0 million last year but up month over month from May’s 16.7 million rate.

Used-vehicle prices have recovered as the supply of used vehicles has come down. Using a rolling seven-day estimate of used retail days’ supply based on vAuto data, Cox Automotive is estimating that used retail supply peaked at 115 days on April 8. Retail supply at the end of June was at 31 days, far below 44 days, which is considered a normal level. The wholesale supply peak, on the other hand, was 149 days on April 9, according to Cox Automotive estimates. Normal supply is 23. It was down to 26 days by month-end.

Used-vehicle sales in the U.S. are recovering more quickly than new vehicle sales. In June, new-vehicle sales were down 27% year over year, with one less selling day compared to June 2019. The June SAAR came in at 13.0 million, a decrease from last year’s 17.2 million but up from May’s 12.3 million rate.

Rental Risk Prices Up, Mileage Down

Manheim Sets Digital Transaction Records in First Half and June

Manheim’s $100 million investment in its digital platforms, which began in 2018, made it possible for the company to rapidly respond to COVID-19 and help clients keep their businesses moving forward. While more than half of transactions were occurring digitally before the pandemic, the step-change needed for safe operations meant that 100% of sales would occur digitally.

Today, sales volumes at Manheim have recovered to generally normal levels, with all transactions remaining digital and no vehicles physically running through auction lanes. From January through June, Manheim experienced over 1.5 million digital transactions, which is more than 20% higher than the same period in 2019. Overall sales through Manheim’s digital platforms have nearly doubled in the last 3 weeks compared to average weekly sales volume before the switch to digital-only sales on March 16. Additionally, more than 8,300 buyers have used the Simulcast platform to make a purchase for the first time, and sales on that platform hit a single day sales record in June, with more than 23,000 vehicles sold.

Manheim Pennsylvania, the company’s largest location, sold more than 8,200 of the approximately 10,000 vehicles offered for sale digitally during the week ending June 19. That week of digital-only sales at the location beat last year’s combined physical and digital sales by almost 900 vehicles.

Consumer Confidence in June increased 14.2% and left confidence down 21% year over year. Plans to purchase a vehicle in the next 6 months improved slightly in June but remained slightly below June last year.

The trend in consumer confidence appears more positive than what the Cox Automotive Industry Insights team has been tracking in the daily index of consumer sentiment from Morning Consult, but the key difference may be that the Conference Board’s survey collection ended June 18. The Morning Consult index declined in eight of the last 12 days of June and ended June down slightly compared to the end of May. The decline in sentiment at month-end coincided with the rise in COVID-19 cases, which have recently set new records for daily volumes.

June saw a continued recovery in vehicle sales – both new and used – as well as jobs, as a record 4.8 million jobs were added as more businesses began to reopen. However, we ended June with more than 19 million still on unemployment benefits as enhanced benefits are set to expire before the end of July. Growing cases of COVID-19 threaten to stall the economic recovery, while the tight supply of both new and used vehicles also weighs on the auto market recovery.

About Manheim
Manheim, the nation’s leading provider of end-to-end wholesale vehicle solutions, is celebrating 75 years as an industry innovator, driving success for clients, the company, its employees and the industry. The dream of five men who auctioned off a handful of cars in 1945 from a single-lane location in Manheim, Pennsylvania launched a company that today offers 7 million used vehicles annually and facilitates transactions representing nearly $67 billion in value with the grit and determination of our team members. Through its physical, mobile and digital sales network, Manheim offers services for decisioning, buying and selling, floor planning, logistics, assurance and reconditioning. Operating the largest vehicle wholesale marketplace, Manheim enables clients more efficient ways to connect and transact business how and when they want. Headquartered in Atlanta, Manheim is a Cox Automotive™ brand. For more information, visit http://press.manheim.com/

About Cox Automotive
Cox Automotive Inc. makes buying, selling, owning, and using cars easier for everyone. The global company’s 34,000-plus team members and family of brands, including Autotrader®, Clutch Technologies, Dealer.com®, Dealertrack®, Kelley Blue Book®, Manheim®, NextGear Capital®, VinSolutions®, vAuto®, and Xtime®, are passionate about helping millions of car shoppers, 40,000 auto dealer clients across five continents, and many others throughout the automotive industry thrive for generations to come. Cox Automotive is a subsidiary of Cox Enterprises Inc., a privately owned, Atlanta-based company with revenues of $21 billion. www.coxautoinc.com 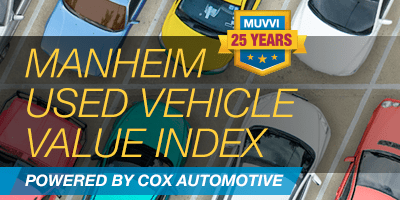 Press release is available in PDF format for easy printing.