JAN 25 - FEB 5: Cox Automotive Experience - a free, 10-day virtual event featuring the solutions and insights that will define a new way forward for you and the automotive industry. 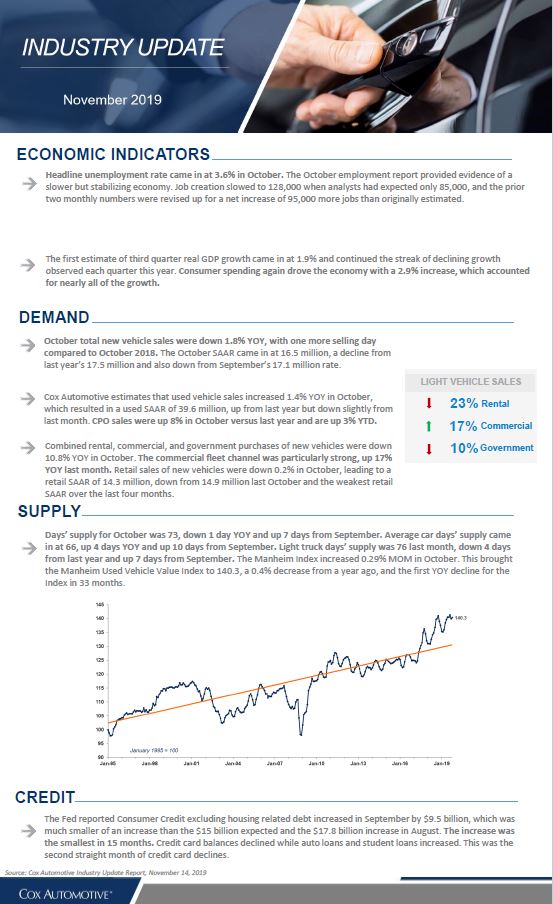 Get the full November 2019 report