Fears of an economic slowdown eased a bit thanks to a strong job growth report and better-than-expected new vehicle sales.

Incentives, inventory steady: Average incentive spend increased by 2% in March over February but was down 4% from a year ago. The days’ supply for March was 68, about the same as a year ago. With production cuts, automakers are keeping supply relatively controlled and thus they have no reason to expand incentives. Car days’ supply came in 6 days lower than last year, but truck days’ supply was up 3 days. 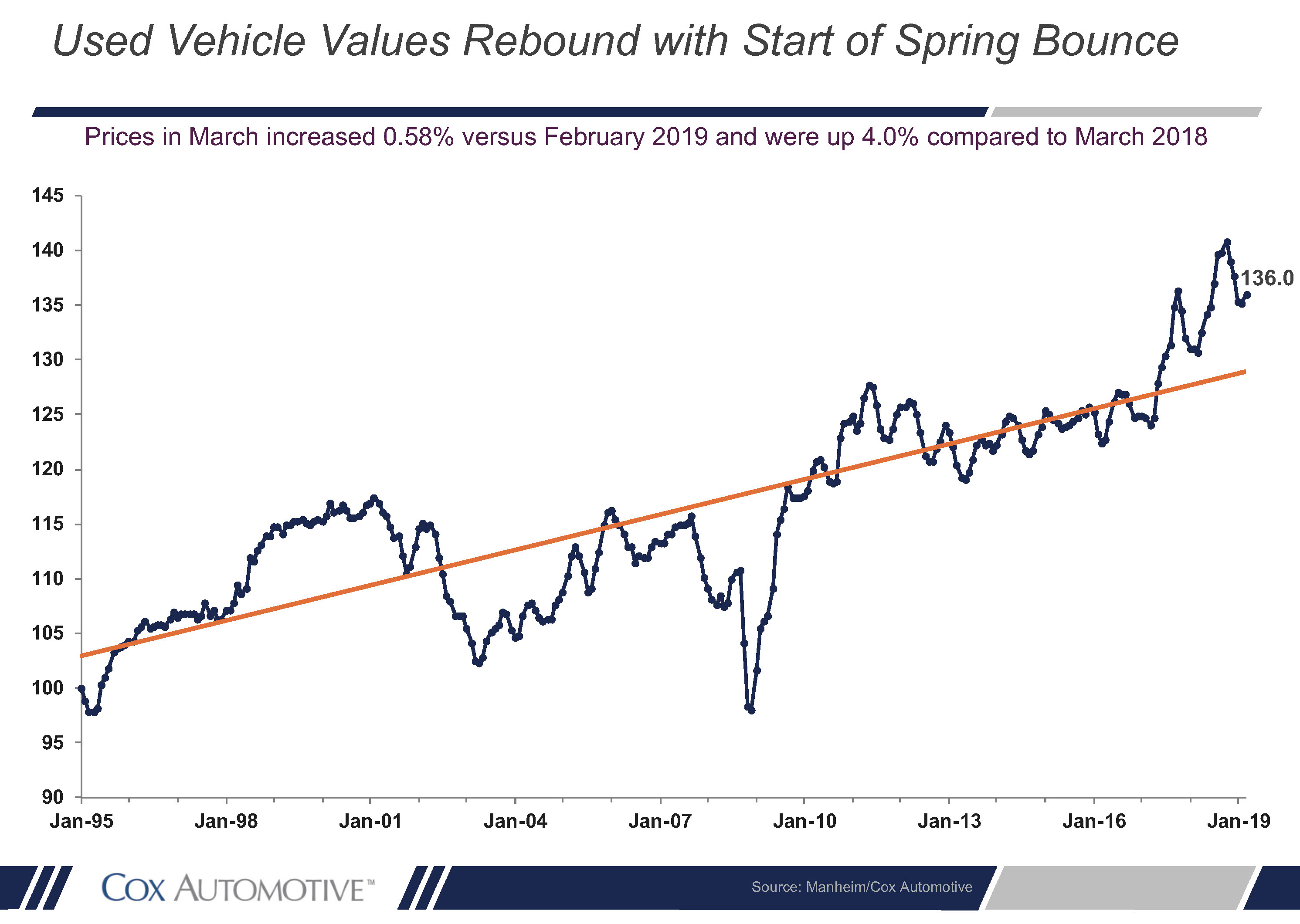 Tax refunds down: Updated data from the IRS continues to show that refunds by all metrics are down from a year ago. Total refunds are down 2% in number and down nearly 3% in dollar amount.