As another data point to monitor the health of the automotive market, Cox Automotive calculates a 13-month rolling used-vehicle seasonally adjusted annual rate (SAAR). According to Cox Automotive estimates, total used-vehicle sales volume was down 12% year over year in June. We estimate the June used SAAR to be 36.0 million, down from 39.8 million last June but up from May’s 32 million rate.

The used retail SAAR takes it a step further by only looking at used vehicles sold via a dealership (both franchised and independent) thus removing private party sales from the calculation. The June used retail SAAR estimate is 18.9 million, down from 21.0 million last year but up month-over-month from May’s 16.7 million rate. 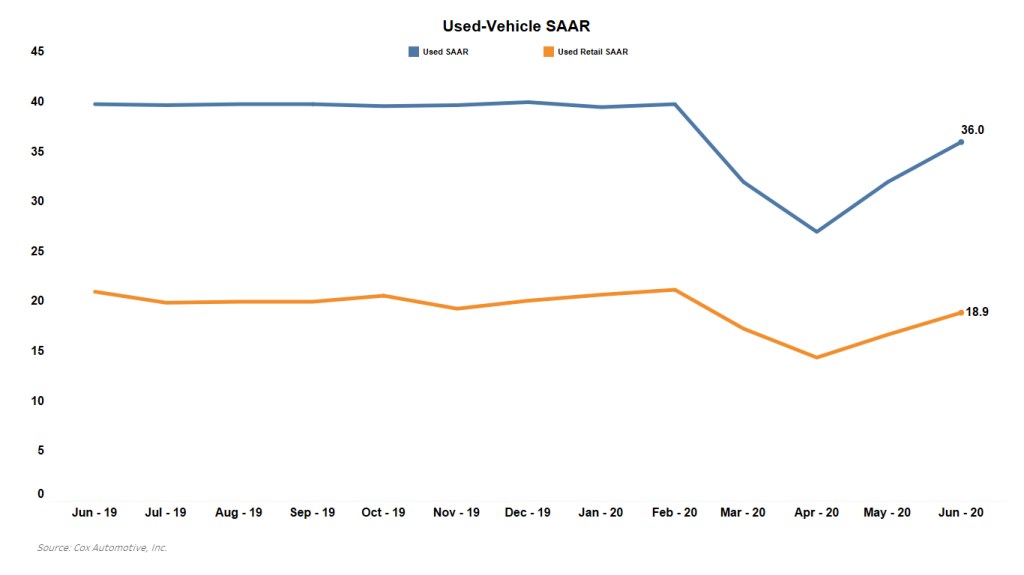 The Cox Automotive used-vehicle SAAR is updated monthly – one business day prior to the release of the Manheim Used Vehicle Value Index, which is published on the fifth business day of each month.