FCA released Q1 financial results today, Friday, a day often saved for bad news. And while the news is not all bad, it was not great either. Ford and General Motors shared Q1 results during the past week and both delivered solid numbers in tough conditions. Ford even surprised a few analysts.

Auto sales are down across the industry in the all-important, profitable U.S. market, and FCA’s volume in Q1 was reflective of the slowing industry. In all, FCA’s U.S. sales volume decreased by 3.2% versus year ago levels in the U.S. according to Kelley Blue Book, roughly in line with the industry. Only the Ram brand showed an increase in volume. The other five FCA brands declined, significantly in the case of Chrysler and Fiat. 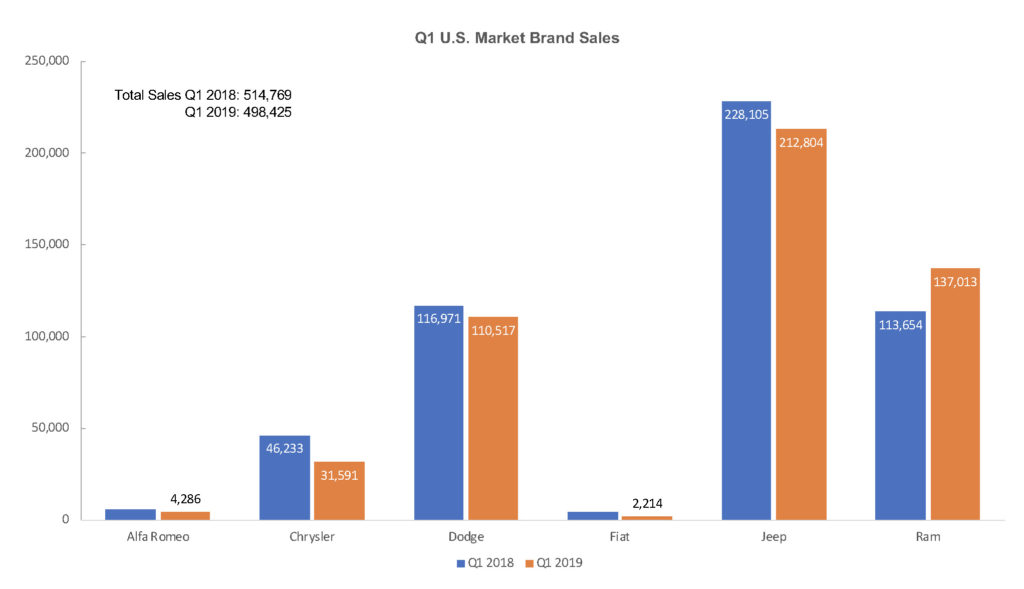 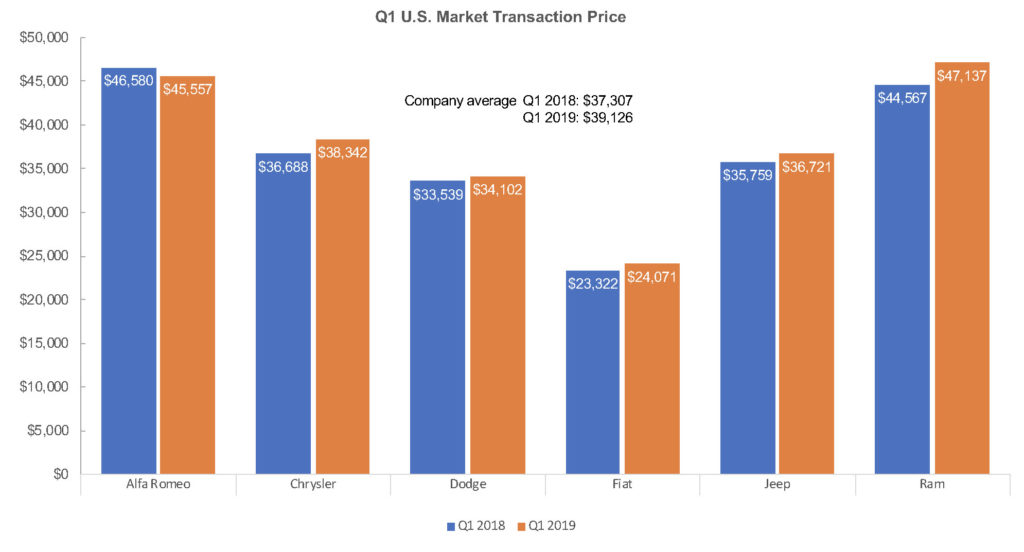 In Q1 2019, rivals Ford and GM were also able to significantly reduce incentive spending, with Ford dropping nearly 8% and GM cutting spend by more than 15%. FCA, on the other hand, struggled with incentive spending. Three of the company’s 6 brands saw spending increases. While spending was down for Jeep and Ram, which helped deliver an overall incentive decrease of 1% in the quarter, it was not enough. In North America, overall earnings for FCA dropped. 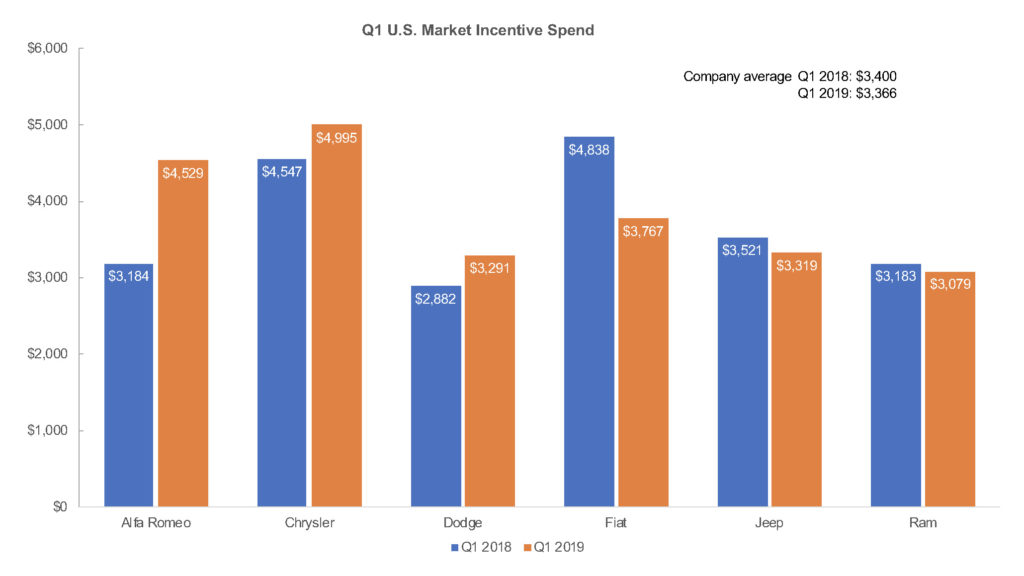 Before then-CEO Sergio Marchionne passed away unexpectedly last year, he laid out a long-term plan for FCA centered squarely on the Jeep and Ram brands. He was smart to put his focus on those profit machines. Still, Q1 data shows that while FCA is profitable, weaknesses across the company – particularly outside of North America – continue to pull down the Ram and Jeep brands, two of the strongest, most-successful brands in the U.S. right now.