Fleet purchases unexpectedly drove total new-vehicle sales higher in 2018, thanks to last year’s tax reform package that made it beneficial to businesses to replace or add vehicles to their fleets.

Total fleet sales finished 2018 at more than 3.1 million units, up 4.1% from 2017, a year in which fleet sales fell from the year earlier for the first time since the Great Recession. 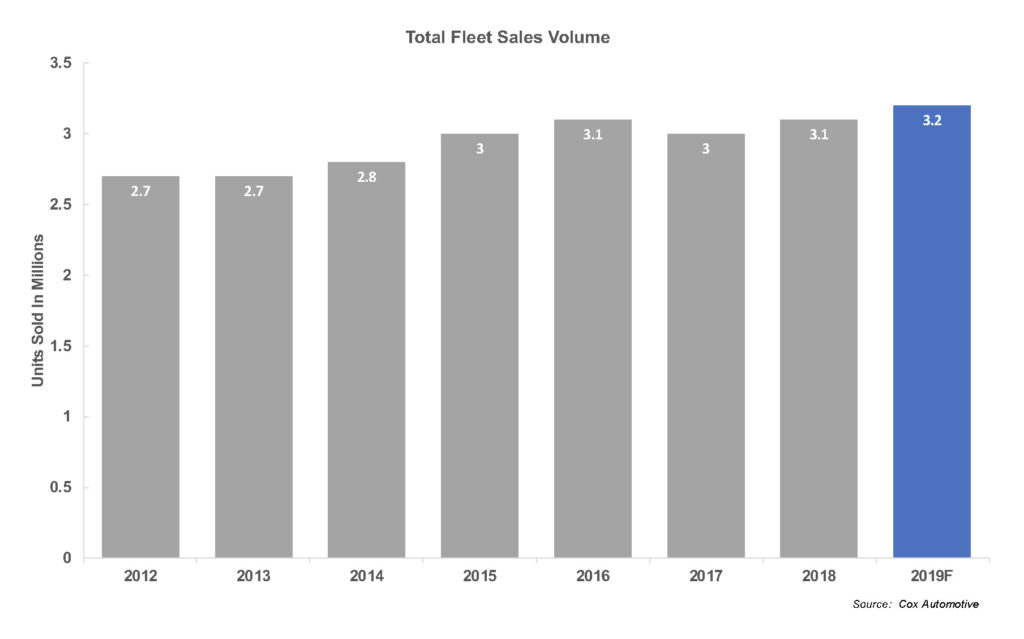 In 2018, commercial fleets saw the largest gain, up nearly 6% from 2017. Following the pattern of the retail market, fleet purchases favored light trucks.

After some down years, sales to daily rental fleets rose 9% to 1.7 million units in 2018. Similarly, the increase came from light-truck purchases, up 24%, as rental car companies look for “retail ready” vehicles to optimize their inventory. These vehicles are more aligned with the new retail market, which allows them to be off-loaded upstream and directly to consumers. 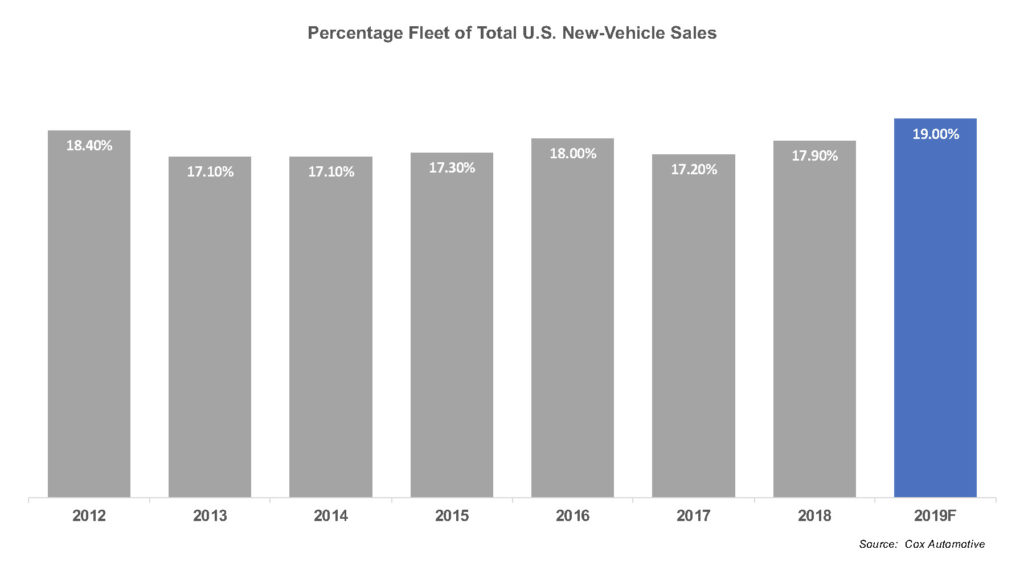 With fleet sales in total higher in 2018, performance by automakers varied. Mazda posted a 100-percent increase in fleet sales to about 27,000 units. Mazda has been in the fleet business at a low level, and its base remains small compared to its competitors, including Nissan at 378,000 units. About 98 percent of Mazda’s fleet sales were to daily rental car companies; the remaining 2 percent went into commercial fleets.