Honda Motor Co. in Japan reports earnings Friday, November 8, for the quarter ended September 30, its second quarter since its fiscal year ends March 31, 2020. In the U.S., one of Honda’s largest markets, American Honda sales rose, but so did incentives while transaction prices dropped, according to Kelley Blue Book data.

American Honda sales, which include the Honda and Acura brands, had sales for the quarter rise 2% to 429,214 vehicles. While the gain was against a backdrop of an industry that was down 1% in the quarter, American Honda’s numbers compare to the year-ago quarter that saw the lowest level of U.S. sales for the automaker since at least 2014. 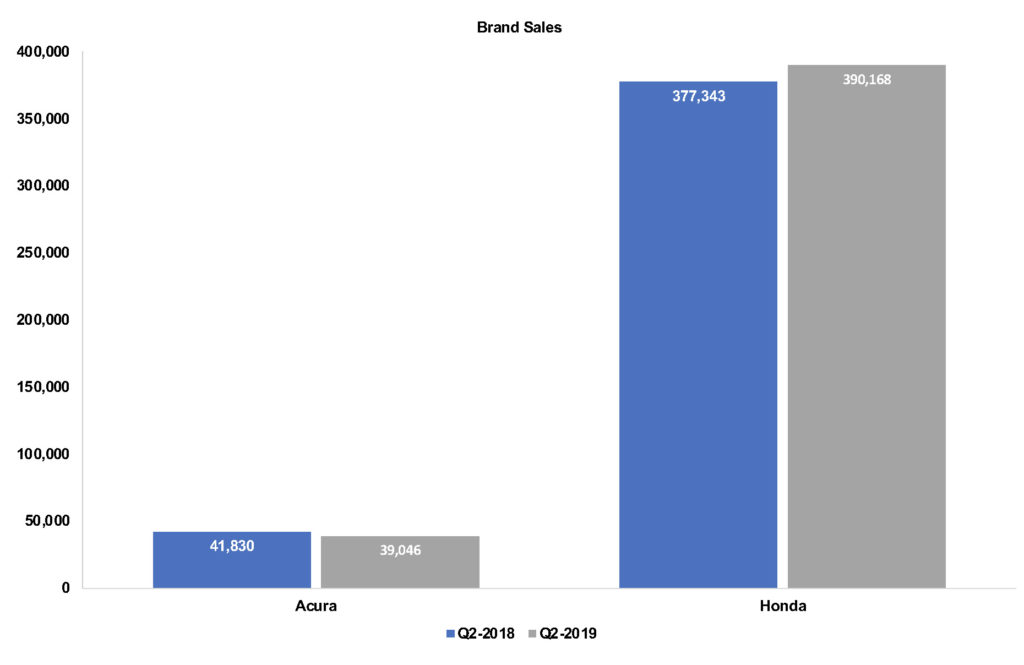 The automaker’s quarter was very much a tale of two very different brands.

Honda brand sales were up 3% to 390,168 vehicles. But that compared with the same quarter in 2018 that was the lowest for the Honda brand since at least 2014, according to Kelley Blue Book.

Honda’s volume model, the Civic, posted a 10% sales increase; the CR-V gained 6%. The Accord, however, had sales slip by 3%.

Honda is among the three top-shopped non-luxury brands, according to Kelley Blue Book Brand Watch, a consumer perception survey that also weaves in consumer shopping behavior. But, despite its lofty position as No. 3 in shopping, the Q3 study shows that Honda’s consideration has continued its steady decline that started in 2017. In addition, Honda has fallen in factors that are important to shoppers. It now leads only in two factors – fuel efficiency and technology. A year ago, it led in seven of 12 factors monitored by Kelley Blue Book Brand Watch.

While overall luxury sales were up 2%, Honda’s luxury brand, Acura, had sales fall nearly 7% to under 40,000 units, a first since at least 2014. Acura’s volume leaders – the MDX and RDX – posted declines. The revamped RDX went on sale in the summer of 2018 and sold well, but has plummeted since, demonstrating that a new SUV isn’t new for long in this competitive market.

Acura has fallen in shopping consideration, especially due to less interest in the relatively new RDX, according to Kelley Blue Book Q3 Brand Watch.

Known for among the lowest incentives in the industry, American Honda boosted overall incentives by 15% to an average of $2,262 per vehicle, according to Kelley Blue Book. Despite the hefty increase, American Honda remains at the low end of the incentive-spend spectrum, though it was its highest in at least five years. 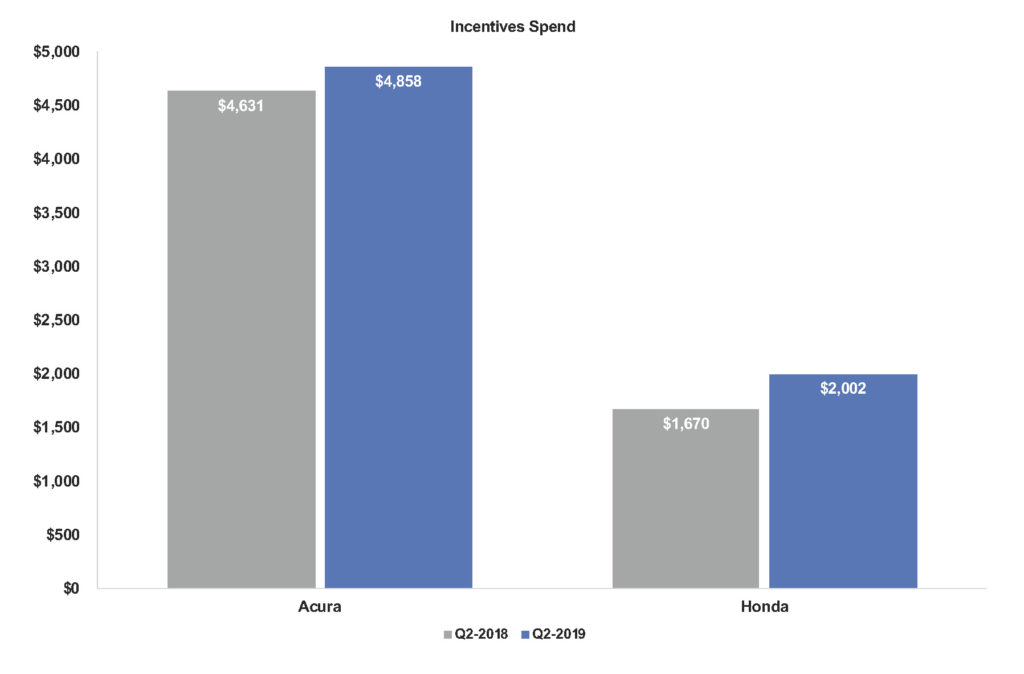 Honda brand incentives soared nearly 20% from a year ago to just over $2,000 per vehicle, a level Honda reached only one other time in the past five years. Still, Honda’s incentives are low within the non-luxury market.

Acura incentives have been climbing and were boosted 5% to a hefty $4,858 per vehicle, the highest in at least five years and a far cry from the low average of under $2,000 in 2014.

American Honda’s overall Average Transaction Price (ATP) dipped 2% from a year ago to $28,639, still the second highest in the past five years, according to Kelley Blue Book. The industry average in the U.S. is north of $37,000. 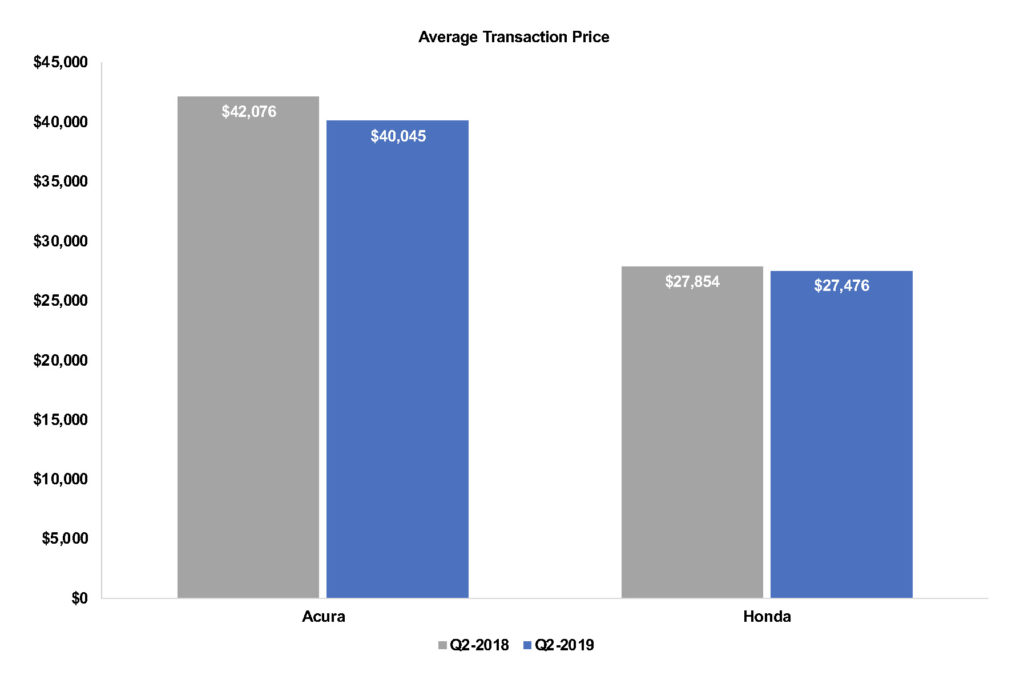 Acura ATPs took the biggest hit, down 5% to an average of $40,045. All models, except the NSX sports car, saw a decline. Still, the average was in the range Acura has been at for the past five years.

Honda’s ATP slipped 1% to $27,476, largely attributable to lower sales and lower average prices on the high-volume Honda Accord and higher sales on the less expensive Honda Civic. Still, Honda’s overall ATP was the second highest in the past five years.