In an auto market that is down year to date, sales of luxury vehicles are perhaps a bright spot. Non-exotic luxury sales were up 6% year-over-year in June and up 2% in the first half of the year. The seasonally adjusted annual sales rate (SAAR) for luxury came in at 2.17 million in June, up from 2.08 million a year ago and up from May’s 2.05 million.

On the other hand, all the gains in luxury this year can be attributed to the success of Tesla. Without Tesla, luxury sales would be down 2%, roughly in line with the overall U.S. new-car market.

The luxury share of the U.S. market runs roughly 12%. When the market slows, luxury share typically increases, as luxury-vehicle buyers are less affected by slowdowns in the economy. 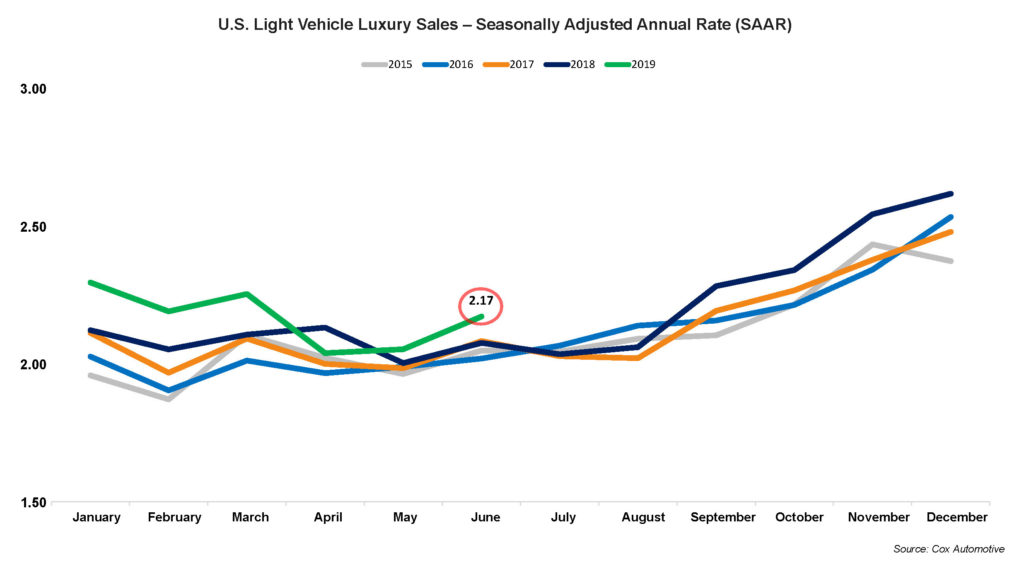 Broken out by state, the clear winner in the luxury-vehicle race is the West. Sales on a rolling 12-month basis compared to the prior 12 months show that Washington, Utah, and California have seen the highest levels of luxury sales growth –each experiencing double-digit growth. On the other hand, Mississippi has seen the biggest decline in luxury sales, falling 8% in the same period. 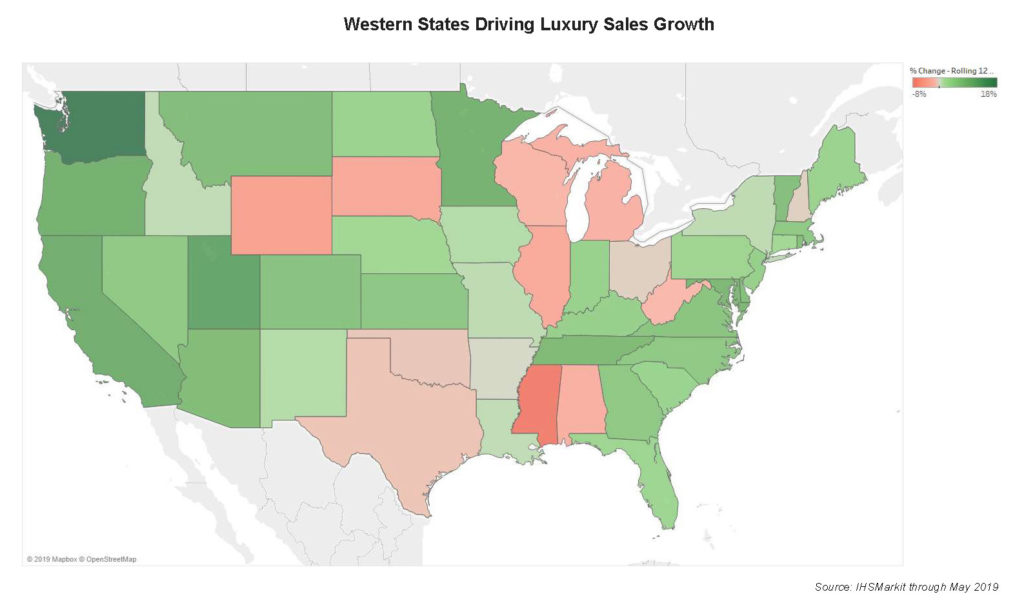 A vast majority of luxury sales happen in the $50,000-70,000 MSRP range, with 85% of luxury vehicle sales in that range so far this year. And while prices have gone up, sales of $90,000+ vehicles are relatively stable. We hear a lot about the six-figure luxury vehicles, but in reality, they represent a very small percentage of the luxury market, let alone the overall new-vehicle market.

In the first half, in addition to Tesla’s success, year-over-year gains were made by BMW, Land Rover, Volvo, Porsche and Jaguar. Infiniti, Mercedes-Benz and Audi saw the biggest drops.

Worth noting, if you still consider Tesla a challenger brand, you are stuck in 2016. In the first half of 2019, Tesla was the 6th largest luxury brand in the U.S., outselling Cadillac, Acura, Infiniti, Lincoln, Volvo, Land Rover, Porsche, Jaguar, Genesis and Alfa Romeo.