Shopping for luxury SUVs soared to new heights in the third quarter, a trend likely to continue with the onslaught of upcoming new models, according to the Kelley Blue Book Brand Watch™ report for the luxury segment.

Of all shoppers of new luxury vehicles, 67% considered an SUV, the highest level ever recorded by Kelley Blue Book Brand Watch. That’s up from 62% in the second quarter and from 60% in the third quarter of 2019.

New entrants to the third-quarter’s top 10 most-shopped vehicle list were the Acura MDX at No. 5 and the compact BMW X3 at No. 7 tied with the new full-size Cadillac Escalade. The Escalade had the biggest gain in shopping consideration, up 47% from the previous quarter.

But it is the compact and midsize SUVs largely driving the luxury SUV trend, one likely to continue as luxury makers roll out a slew of new and redesigned models, including the upcoming Lexus NX, Mercedes-Benz EQC, Acura MDX and Infiniti QX560.

The Acura MDX also moved up as fourth most-shopped luxury SUV. Dealers are selling down the current MDX to make way for the recently unveiled new one that goes on sale early next year as a 2022 model.

Shopping for SUVs came at the expense of luxury cars. Of all luxury vehicle shoppers, only 51% considered a luxury car. That’s down significantly from 57% in the second quarter and 60% in the third quarter last year.

Some of the decline is due to automakers discontinuing some car models, including Acura RLX, BMW i8, Cadillac CT6, Jaguar XE, Lexus GS, Lincoln Continental and Mercedes-Benz SLC.

The BMW 3 Series and 5 Series were No. 2 and No. 5 among most-shopped luxury cars. The Mercedes-Benz C-Class rounded out the list.

Lexus closes in on BMW

BMW has been the most-shopped luxury brand for every quarter in the past seven years except for two – the fourth quarter of 2014 and the third quarter of 2018 when, both times, Lexus held the top spot.

At the same time, Lexus is on the rise again, closing the gap with BMW. Its shopping consideration rose to 20% of all luxury shoppers in the third quarter, climbing 2 percentage points from the previous quarter. Lexus’ rise is largely due to the RX SUV, with consideration up 11%. The RX underwent a minor facelift in 2019 with the next-generation due next year. Lexus also goes to market soon with a new IS and a freshened LS.

Among other luxury brands, Mercedes-Benz, Porsche and Lincoln gained a percentage point of shopping consideration. Audi, Volvo, Buick Land Rover, Genesis and Cadillac, despite Escalade’s gain, slipped a percentage point. The rest of the brands held steady from the previous quarter.

Overall, Tesla held steady in overall shopping. Of luxury shoppers, 16% considered a Tesla, about the same amount as the previous quarter. Less shopping for the Model 3, which was still the most-shopped luxury vehicle, and a decline in Model S shopping was offset by the second-largest increase of 37% seen in the third quarter with the Model Y, catapulting it to No. 3 most-shopped luxury vehicle.

Tesla, however, is losing its grip on dominating the factors most important to consumers shopping for a luxury vehicle. At its height in the third quarter of 2018, Tesla owned eight top spots in the dozen factors most important to luxury shoppers. Since the first quarter of this year, Tesla has lost its grip on those. It now is No. 1 in three categories – Driving Performance, Technology and Fuel Efficiency. It is second in Safety and second in Prestige/Sophistication.

Porsche overtook Tesla in the third quarter for Prestige/Sophistication. It is rising in other factors such as Driving Performance, Reputation, Exterior Styling and Interior Layout.

Maserati appeared to be making headway as it was ranked tops in Exterior Styling in the third quarter and first quarter and Prestige/Sophistication in the second quarter. 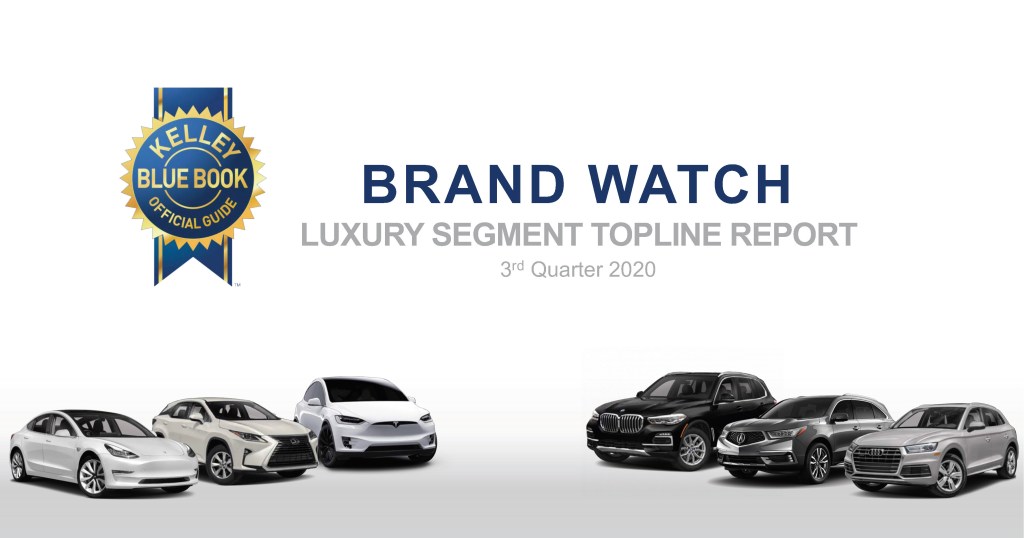