Wholesale used vehicle prices (on a mix-, mileage-, and seasonally adjusted basis) increased 0.61% month-over-month in June. This brought the Manheim Used Vehicle Value Index to 140.5, a 4.1% increase from a year ago. 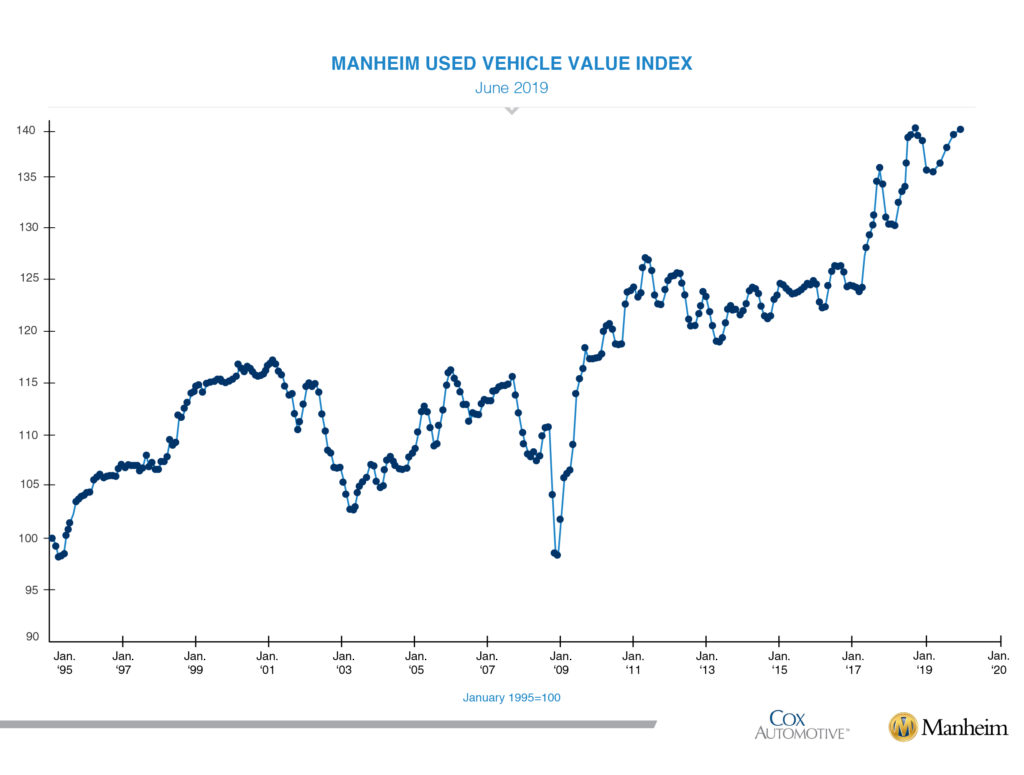 After seeing steady and slightly lower than normal depreciation in weekly Manheim Market Report (MMR) prices in May, prices were firm or slightly higher each week in June. Three-year-old vehicle values in aggregate saw an increase of 0.4% for the month, which was slightly stronger than last year’s performance. Prices in aggregate remain lower than the beginning of the year, but non-luxury prices remain higher. Luxury vehicle prices, which had seen abnormally high depreciation this year through May, also saw slight price appreciation in June. 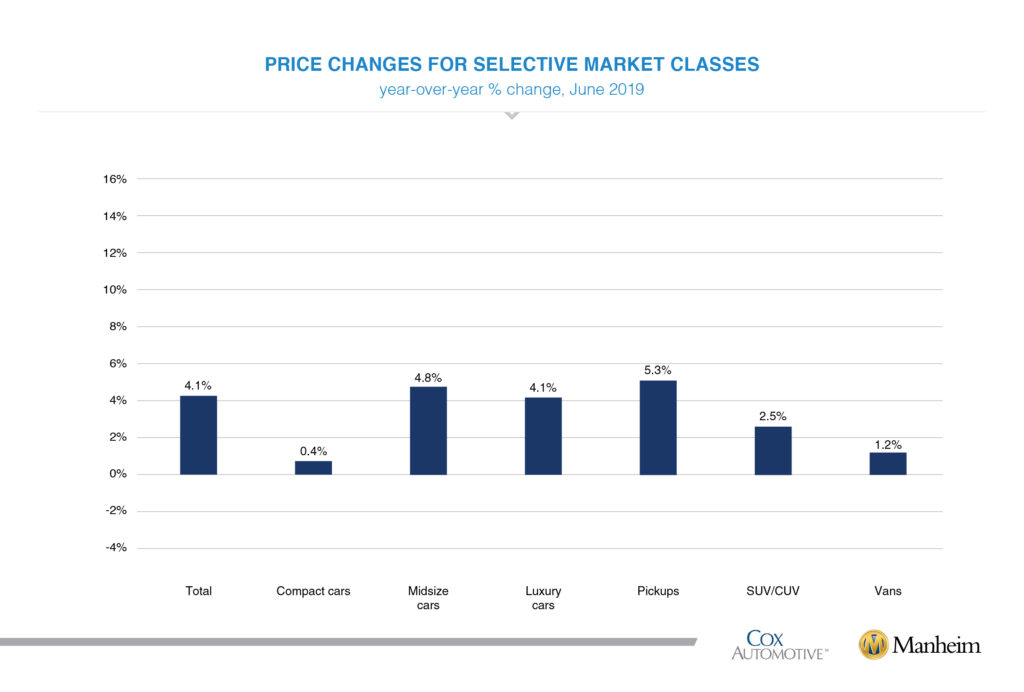 Weak retail results for vehicle sales year-over-year. According to Cox Automotive estimates, used vehicle sales volume was down 3.0% year-over-year in June. We estimate the June used SAAR to be 39.8 million, down from 41.1 million last June but up from May’s 39.2 million rate. Last year is a tough comparison for the month as we experienced an abnormal increase in consumer demand during the summer driven by tariff fears and rising interest rates.

As was the used market, the new vehicle market was soft in June. June new vehicle sales were down 2% year-over-year, with one less selling day compared to June 2018. The June SAAR came in at 17.3 million, improving versus last year’s 17.2 million but down slightly from May’s 17.4 million rate. Cars continue to see declines, as sales in June fell 8% compared to last year. Light trucks outperformed cars in June, finishing the month up 1% year-over-year.

New vehicle inventories came in under 4 million units for the second consecutive month.

Declining consumer confidence among mixed conditions. The final estimate of first-quarter real GDP growth came in at 3.1%, which was unchanged from the second estimate. Second-quarter growth will show a substantial decline as the U.S. economy is challenged by declining global growth and weakening business investment, but consumer spending appears to be holding up relatively well. Personal spending grew 0.4% in May, and April’s growth of 0.3% was revised up to 0.6%. Consumer confidence declined substantially in June as consumers reported significant declines in views of present conditions as well as future expectations. The extent of decline matched the decline in December in the midst of a government shutdown and stock market selloff. Consumer confidence is now lower than last year and at a 21-month low.

Listen to the replay of the Q2 call to learn more.