“I have seen Mark in action during his tenure as CFO of Cox Communications,” said Sandy Schwartz, president, Cox Automotive. “Hehas been a valuable member of the leadership team and his expertise and fiscal discipline have been primary reasons for the consistently outstanding performance of that business. He is a strategic financial leader who will help Cox Automotive continue to strengthen our performance and position the business for long-term success in a fast-changing industry.” 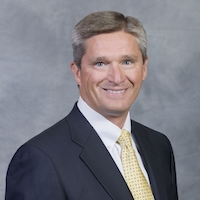 Over his 30-year career, Bowser has been responsible for a portfolio of diverse strategic areas including finance, operations, sales, marketing and business development for several Fortune 500 companies. He has held an extensive number of senior-level financial positions including accounting, financial analysis, and mergers and acquisitions at various companies.

Since 2008, Bowser has overseen accounting and financial planning & analysis, mergers and acquisitions, and programming at Cox Communications. He was also responsible for the management of Cox’s commercial services and cable advertising divisions, Cox Business and Cox Media, respectively.

Bowser joined Cox in 2006 as vice president of Cox Business where he was responsible for overseeing the commercial services division of Cox Communications. In this role, he provided leadership to develop and serve a $7 billion market of diverse business customers. Prior to joining Cox, Bowser was vice president of Dell’s Large Corporate Accounts business division where he was responsible for providing computing solutions to Fortune 1000 customers.

Bowser began his career with the Federal Bureau of Investigation investigating white collar crime. He began his telecommunications career at GTE where he held positions of increasing responsibility in finance until he joined Sprint and several of its predecessor companies.

A native of Altoona, Pennsylvania, Bowser earned a bachelor’s degree in Finance and Accounting from Pennsylvania State University. He has been a board member for the STARTLIGHT Foundation and Ronald McDonald House charities. In 2012, he was named a Penn State Alumni Fellow.