Wholesale used vehicle prices (on a mix-, mileage-, and seasonally adjusted basis) increased 0.53% month-over-month in June. This brought the Manheim Used Vehicle Value Index to 134.9, which was a 4.3% increase from a year ago and the highest level since last October.

Looking at trends in weekly Manheim Market Report (MMR) prices, the traditional spring bounce this year started three weeks later and peaked in April in week 15. Used vehicle prices had been moving down since that April peak, but that trend took a surprising turn in the last two weeks of June. As a result, prices remain higher now compared to where they were at the beginning of the year than any of the last three years. Price comparisons to last year are starting to get tougher, but this recent increase regained some ground to keep current price performance ahead of last year.

June new vehicle sales increased 5% year-over-year, with one more selling day compared to June 2017. June SAAR came in at 17.4 million, up from last year’s 16.6 million. The new vehicle SAAR has come in at 17.0 million or higher five out of six months so far this year. Cars continue to see sharp declines as sales in June fell 7% compared to last year. Light trucks outperformed cars in June and were up 12% year-over-year.

New vehicle inventories came in under 4 million units for the second consecutive month.

Continued strong economic momentum. The economy grew 2% in the first quarter, which was a bit softer than originally estimated. The second quarter will see a strong rebound and will likely hit the peak in economic growth for the year. Consumer confidence declined in June as optimism about the economy and income growth declined, but it is important to note that consumer confidence remains higher than last year and near a 17-year high. 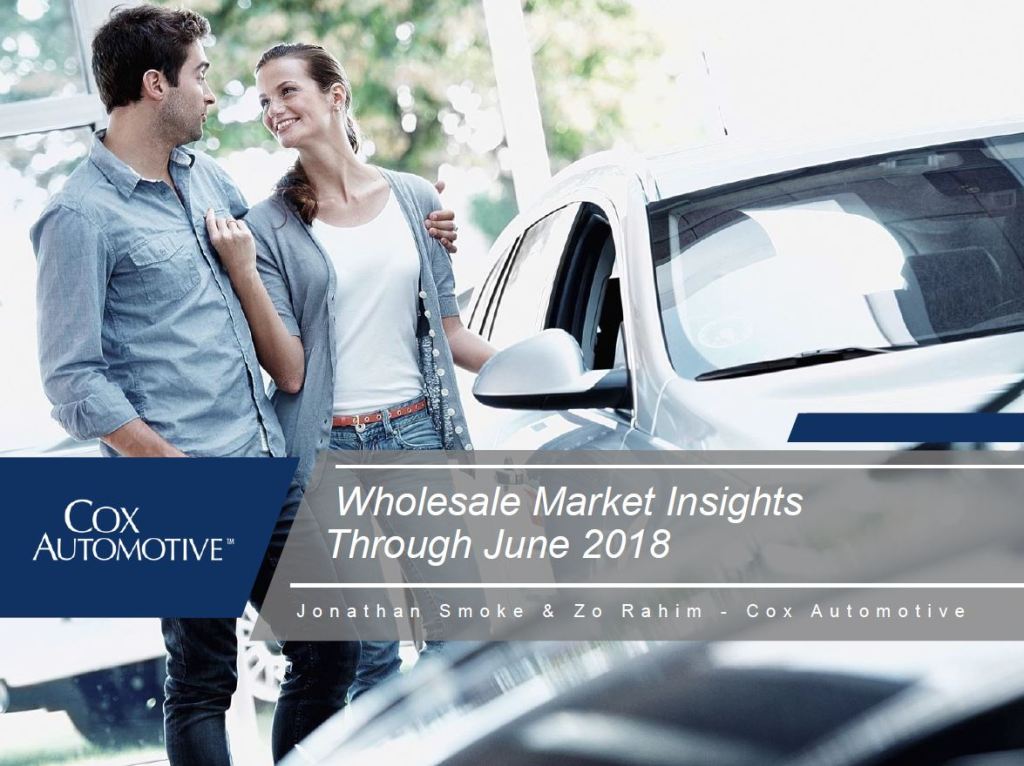