Wholesale used vehicle prices (on a mix-, mileage-, and seasonally adjusted basis) decreased 0.15% month-over-month in March. This brought the Manheim Used Vehicle Value Index to 130.8, which was a 5.4% increase from a year ago and the lowest level since last July.

The typical spring peak in sales in the used car market is correlated with the tax calendar. Traditionally, used car sales peak just after the peak in tax refunds. Starting in 2017, the IRS delayed the start time for when households eligible for tax credits could file their tax returns. As a result, tax refunds were delayed by approximately four weeks. This delay impacted used vehicle sales and used vehicle pricing in 2017 and again this year. However, the seasonal adjustment process still sees the historical pattern in used vehicle values in the month of March in prior years and as a result expects to see a more pronounced bounce in March than we now see. The average increase in March since 2009 is 3.5%, slightly more than we observed this year.

Looking at trends in weekly Manheim Market Report (MMR) prices, we have observed a price pattern that started later than 2016 and prior years but has been picking up momentum in recent weeks. For example, the Three-Year-Old Vehicle MMR Index after 14 weeks is now higher than the last two years and on par with 2015 even though the “spring bounce” in pricing started three weeks later this year compared to 2015.

According to Cox Automotive estimates, used vehicle sales increased by 1% year-over-year in March versus last year. The March used SAAR came in at 39.5 million units.

March new vehicle sales volume increased 6% year-over-year with one more selling day compared to March 2017. March SAAR came in at 17.4 million, up from last year’s 16.7 million; it is the seventh straight month of more than 17 million SAAR and the third-best March SAAR on record. Cars continue to see sharp declines as sales in March fell 9% compared to last year, with major car segments’ having sales declines. Light trucks outperformed cars in March and were up 16% year-over-year.

Combined rental, commercial, and government purchases of new vehicles were up 9% year-over-year in March, led by increases in commercial (+10%) and rental (+12%) fleet channels.

New vehicle inventories came in higher than 4 million units for the first time in nine months, and inventories are at their highest level since June 2017.

The fourth quarter’s real GDP growth rate was revised up to 2.9% from 2.5%. Expectations remain for continued acceleration in growth this year due to increased consumer spending and business investment as a result of tax reform. Consumer confidence in March declined moderately from a 17-year high in February thanks in part to stock market volatility. However, consumer spending expectations remain high due to tax cuts, strong wage growth, and the robust labor market. 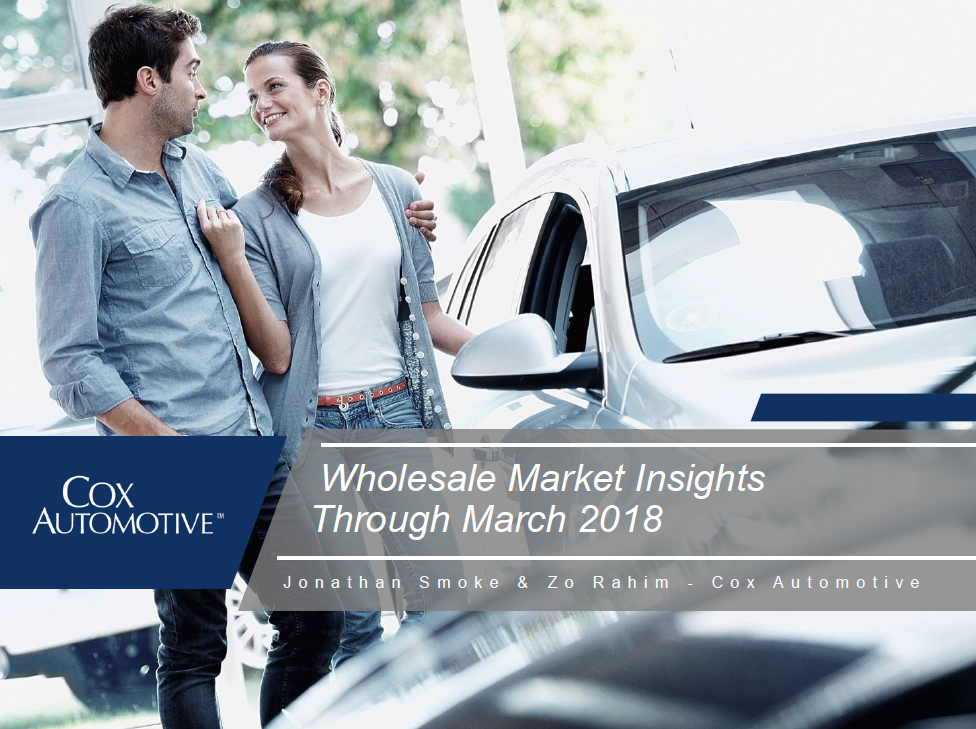