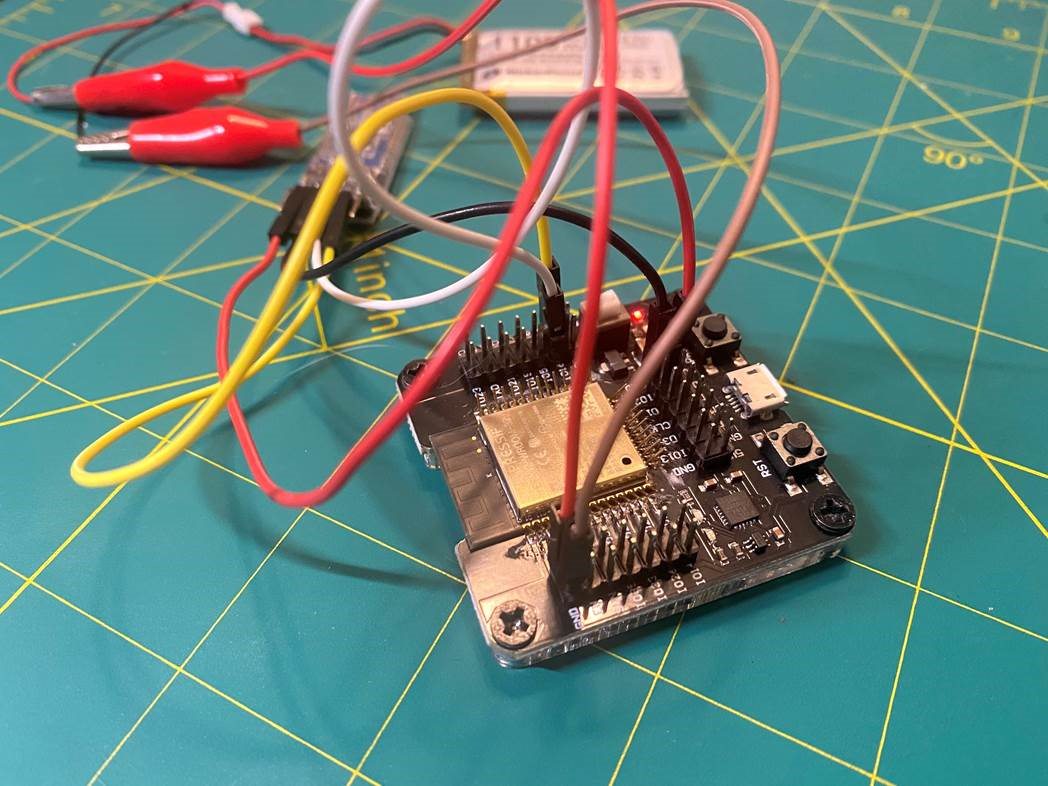 Mithun Das tackled COVID-19 tracking during his time in quarantine.

At Cox, a culture of innovation is alive and well at work, and for some employees, also outside of work. For Mithun Das, principal software engineer supporting our Retail team, he used his time in quarantine to take innovation to the next level – the international level. He developed a device that tracks COVID-19 exposure in a safe way, leading him to compete in the annual China-U.S. Young Maker competition in August.

It started when the COVID-19 pandemic began, and mandatory stay-at-home orders went into place. Mithun and his wife were sitting on their patio at their East Lyme, Connecticut, home and started thinking about a low-cost IoT (Internet of Things) solution to track traces of exposure without using personal information. That’s when the idea of TraceX was created.

TraceX is a wearable device that traces contacts but doesn’t require the use of your GPS location or phone number. “When someone has tested positive, we trace down all the people that they’ve come in close contact with and isolate them so that they cannot transmit the germ to others,” he says.

Protecting not just their health, but also their personal information is what sets TraceX apart from any other tracing device on the market. “We need to ensure that the person’s privacy is protected by not sharing their sensitive data to any company or authority,” Mithun says. In a crisis like a global pandemic, when cyberattacks are abundant, it’s equally important to ensure data is not tempered or purged.

TraceX uses Bluetooth Low Energy (BLE) advertisement to trace contacts. The data lives in the phone’s storage until the person tests positive and is securely recorded. This recording is then used to find matches. If the match is found, the device is notified about the potential risk.

In tech terms: The solution uses a low cost ESP32 microcontroller with HM-10 BLE 4 module which emits a beacon signal. ESP32’s built-in BLE module scans all the nearby beacons and filters them by known UUIDs as you configure in the firmware. When the mobile app connects to the device via Bluetooth, the data is then synced on the phone. When someone tests positive, traces are uploaded to the backend and the infected device details are recorded in an IOTA tangle. Then, the mobile app subscribes to the IOTA tangle and looks for matches. If found, the device is notified about potential risk.

Taking It to the Next Level

Being passionate about technology, Mithun is always looking for a hackathon or contest to learn more about trending technologies. As an engineer on the Innovation and Operational Excellency team, he explores and evaluates disrupting technologies and future opportunities for Cox, so creating TraceX was a natural fit. He’s participated and won many hackathons within Cox and outside of Cox. He decided to enter the China-U.S. Young Maker competition, an annual event for hackers and innovators to showcase ideas that help society.

“This is my first international award and it was such an honor for me. It was the biggest event I’ve ever participated in,” he says. Upon winning, Mithun spoke to officials from the U.S. Embassy in Beijing and with an honorable professor from Tsinghua University. In addition, Mithun received a certificate and a cash prize of $15,000.

“In the picture below, an official from the U.S. Embassy was talking to me, which was a great moment,” he says.

Mithun has received interest from companies like UNICEF to roll out the device to developing countries, primarily for students in schools. “Unfortunately, due to time constraints and my working visa status, I’m limited with what companies I can work for.” Hoping to still make a positive impact, Mithun is proud that his product is open on Hackster for anyone interested to implement and save lives.