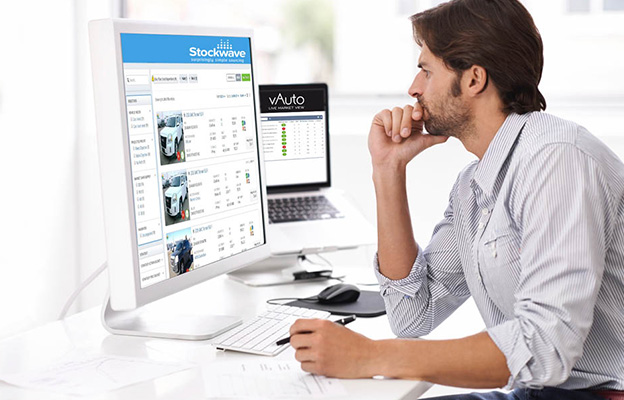 If you ask dealers for their top complaint about the used car business, many will say it’s difficult, if not impossible, to acquire wholesale vehicles “on the money.”

Dig a little deeper, and the root of the complaint becomes clear—dealers believe they can’t make the gross profit they would like to see in their used vehicle department, particularly on units they acquire from auction.

Part of the complaint owes to market conditions. Front-end grosses on most used vehicles simply aren’t what they used to be, thanks to increased price transparency. National Automobile Dealers Association data shows that the front-end gross profit as a percentage of the sales price of used vehicles has declined 20 percent over the last several years and, judging from recent industry reports, the downward trend continues.

But I would submit that the real reason dealers find auction cars profit-problematic owes to the ways they identify, purchase and manage these vehicles as part of their broader inventory management strategy.

Let’s take a closer look at each…

Identify: It used to be OK to just go to the auction and buy some cars. Not anymore. The market’s too competitive, transparent and volatile for such gut-driven guesswork. The best dealers today know exactly what they plan to buy before they spend any time in the lanes or online. They are extremely precise, as well, placing the highest priority on cars that meet the color-, condition-, equipment-, mileage- and profit-parameters that fit their market. Most use technology and tools to achieve this level of precision, purpose and specificity with their auction buy lists. It shouldn’t be too surprising that dealers who operate in a less sophisticated manner often have the most difficulty finding the right cars.

Purchase: Today’s best dealers approach the purchase of an auction unit the same way. It’s a dispassionate, stone-cold analysis. They assess whether they can buy the car they need on the money, with precise knowledge of the profit to expect, given how much they’ll pay for the car and put into it. They use technology and tools to estimate all the cost inputs—acquisition price, packs, post-sale inspections, transportation, and other fees, and determine their potential gross before the bidding starts. Likewise, these dealers are disciplined. They rarely purchase outside their pre-set parameters and, when they do, they have a very good reason.

Manage: Top-performing dealers know that, in today’s market, auction cars represent their most costly and risky used vehicle investments. This understanding drives the care and precision they apply to consistently knowing the right cars and buying them on the money. But this understanding carries further—to each day and every stage the dealer owns this more costly and risky investment. Auction cars get more attention and scrutiny in reconditioning, in online merchandising and in the ongoing reviews of asking prices compared to trade-in vehicles.

This level of extra-scrupulous management oversight is necessary to maximize profit and minimize risk. As one dealer put it, “I don’t like to have any over-age vehicles in my inventory, but I absolutely hate it when we let auction vehicles age. More often than not, we end up with a loss we could have avoided.”

Dealers who strive to heed these three best practices will typically find improvements in their front-end gross profits. Such gains stand to reason: They’ve got the right cars, they bought them correctly and they’ve done everything they can to maximize each unit’s return on investment.

These dealers may still believe that front-end gross profits aren’t what they should be for auction-sourced inventory.

But this belief is more of a commentary on current market conditions, and the all-points effort that’s now required to optimize used vehicle performance and profitability. These dealers understand there’s money to be made with auction vehicles if you have the fortitude and know-how to make it.