Infusing speed and efficiency into the wholesale-to-retail process — from inventory identification, acquisition and floor-planning to inspection, transportation and merchandising — is not only a way to increase inventory turn, but it’s also a particularly effective and increasingly necessary way that progressive dealerships can help overcome margin compression.

As used retail gross margin has steadily declined from 13.7% in 2011 to 11.7% in 2017 (exacerbated by an unexpected accompanying increase in wholesale vehicle prices in 2017 caused largely by replacement demand following two major hurricanes), dealers must endeavor to increase overall operational profitability by:

An analysis of economic trends indicates that now may be a desirable time to invest in solutions for speeding the wholesale-to-retail process. The automotive industry has a general tendency to run in 10-year peak-to-peak and trough-to-trough cycles.  In the last 35 years there has been only one exception: the early 2000s, when many consumers likely relied on home equity to continue purchasing vehicles. Otherwise, dealers who weathered the financial crisis of 2008 are likely familiar with not only the cyclical nature of vehicle sales, but also the need to adapt to survive.

Looking at the long-term pattern of peaks and valleys in vehicle sales, it would appear we are at a crest in the cycle and could soon be seeing an economic contraction that may be exacerbated by: emerging alternatives to vehicle ownership such as ride-sharing, car-sharing, carpooling, improved public transit, urban cycling and telecommuting; and changing shopper demographics, particularly the rise of millennials — who are currently frustrated with the dealership experience and are used to the convenience of online shopping — as the largest generation in the U.S. labor force.

While the automotive industry is currently strong, dealerships may eventually be faced with increasingly compressed margins coupled with an automotive marketplace of fewer potential purchasers who have more particular preferences. Those that invest in optimizing their wholesale-to-retail processes while times are good will be in a position to gain market share when times get tough. 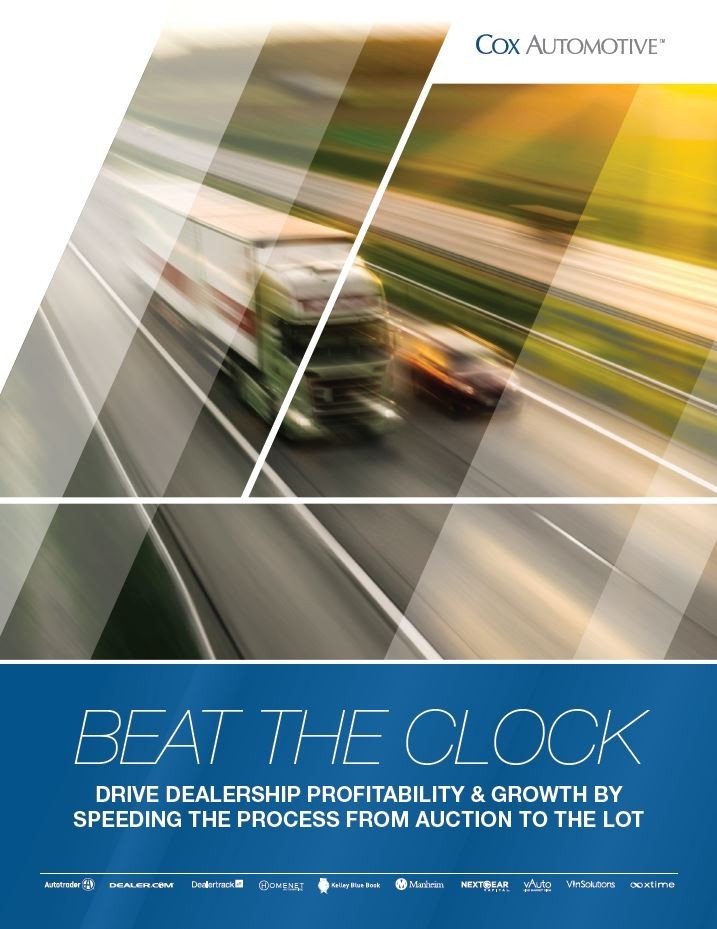 See the full white paper for tips on how dealers can increase overall operational profitability.

Featured Solution Rapid Retail Get vehicles online in a few hours and on the lot in a few days. Cut your days in inventory by 30% and slash your holding costs an average of $416 per vehicle with the industry's only solutions that connect the auction to the lot and all the steps in between. Read Article
2 min read
Inventory 4 Incentive Pillars for Powering Consumer Transactions The Cox Automotive Rates & Incentives (CAR&I) team has identified the must haves for your digital and in-store r... Read Article
4 min read
Inventory Manheim Used Vehicle Value Index – August 2018 Used Vehicle Values Set New Record for Second Straight Month Wholesale used vehicle prices (on a mix-, mileage-, and se... Read Article