Manheim goes the extra mile for the American Red Cross

Manheim’s annual “Race to Give” campaign is a shining example of Cox Automotive’s commitment to community through its ongoing partnership with the American Red Cross – a relationship that began over 100 years ago with Cox Enterprises.

“Race to Give” helps solve for the unique transportation and response needs of the Red Cross. With the Red Cross responding to one disaster every eight minutes in the U.S., their vehicles see a lot of action and require occasional replacement. Manheim uses the funds generated by the campaign to purchase Red Cross replacement vehicles, as well as help support other Red Cross programs and disaster relief efforts.

The “Race to Give” campaign, which kicked off July 1, commenced three years ago when the Manheim auction locations began competing to see which one of them could raise the most funds in three months. Last year, it was Manheim Statesville who came up with the biggest pot, raising over $40,000.

Manheim Statesville, along with several other Manheim auctions, spearheaded on-site fundraisers that ran the gamut – from swag sales and raffle prize to bake sales, donations for every red car sold at auction, and chances to pelt a willing manager in the face with a pie – the auction locations got really creative with their incentives. 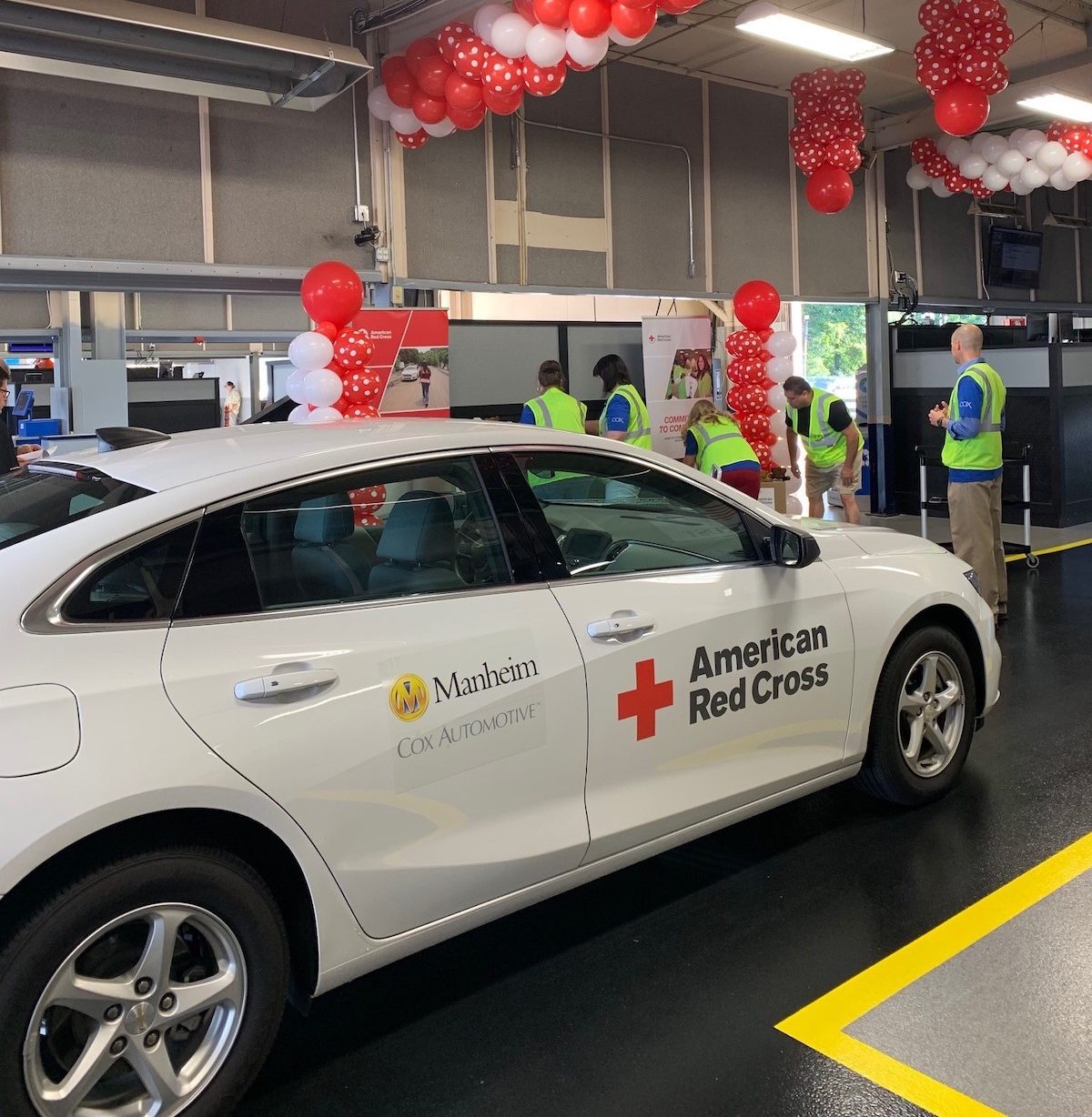 Katie Comer, Director of Development at the American Red Cross, is always impressed by the ingenuity of Manheim team members.

“Of all the corporate partners we work with at the Red Cross, you can always count on Manheim for some of the most creative fundraising ideas,” says Comer.

“Cox Automotive is one of our biggest corporate partners and this campaign showcases their workplace giving and office participation,” says Comer. “It’s one of the best in the country.”